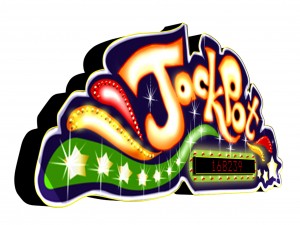 Progressive jackpots can be something of a mystery for those outside the world of online slots; once you’ve been spinning the reels for a while though you will quickly become aware of the gigantic amounts of money sloshing around the casinos and you will also learn that a progressive jackpot win is one way to grab your slice. Read on to find out more about these multi-million pound payouts.

So What’s A Progressive Jackpot Then?

These jackpots are won at machines which are networked together and operated by a single developer; they are so named because those jackpots progressively increase until the prizes are won. For example Playtech have a range of progressive slots themed on Marvel superhero characters and so you will be able to win those jackpots at any online casino featuring those particular slots.

Where does the prize money come from then? Each time you play one of these games a small percentage of your stake will go into a central pot and it’s from that pot the jackpot is formed. There are a number of ways to win the piles of cash and these will be dependent on the game; it may be as basic as landing the right combination of symbols on the reels or it might involve working your way through a series of bonus features. Occasionally, as with Marvel slots, chances to win are awarded randomly.

And How Do I Win One?

Playing these machines and winning the big bucks are of course different things; the odds are stacked against you in quite a dramatic way but that’s understandable given the size of the prize. Players do win them though and there are one or two ways to slightly influence your chances:

Well Recommend Me One Then!

We’ll do better than that – below are four of our favourites from four different games developers, Microgaming, Playtech, Net Entertainment and Play N Go. Just click the pic to go straight to our review.

The above information applies to online slot machines but it’s also possible to win progressive jackpots in bricks and mortar casinos. Here, single machines can collect and distribute their own smaller jackpots and casino companies can also link together machines in one or more casinos under their control. Companies such as IGT also run networked jackpots which means that every casino using certain IGT slots will be contributing to the prize funds.

For more progressive slots, just check out the table below: