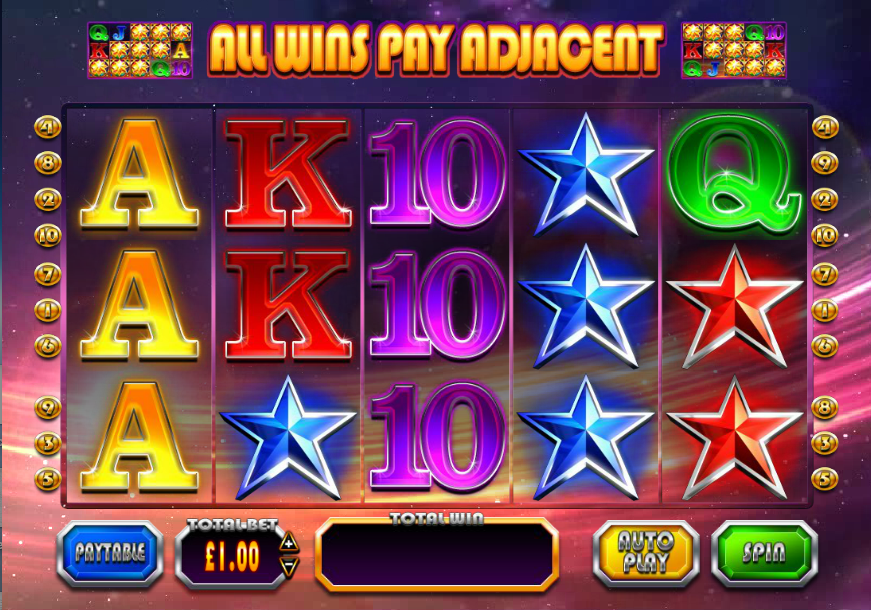 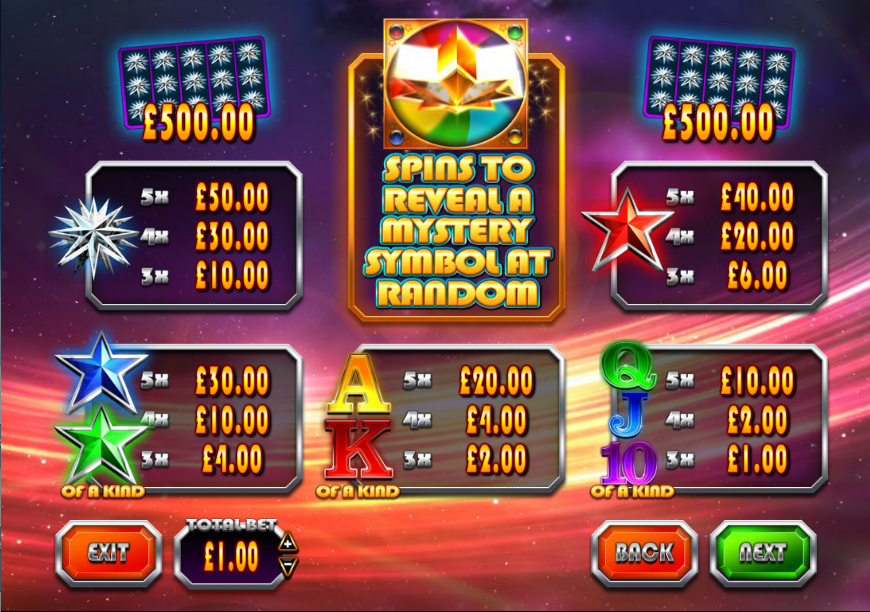 The symbols are big and the colours are bright so this new online slot from Blueprint Gaming is almost yelling out to be played. It’s called Winstar and it’s an addictive package wrapped up in a basic-looking game reminiscent of releases such as Starburst and Reel Rush. The icing on the cake is a progressive jackpot so there’s always a big prize available if you’re playing for real money.

Winstar is a five reel slot with three rows and just ten fixed paylines; it’s all set in space with stars visible through the transparent reels while shallow waves push through the multicoloured streaks.

The four high value symbols are all stars – silver, red, green and blue while the lower values are the usual 10, J, Q, K and A. The silver star is the most valuable and filling the reels with that symbol will pay out at 500x your line stake. All symbols can appear stacked on all reels and note that wins can be formed anywhere on the reels as long as they are adjacent – they don’t have to start from the left.

The spinning gold/multicoloured Winstar symbol is the only special icon and it’s explained in more detail below.

This is where the spinning Winstar symbols comes in handy; it always appears stacked and each time it lands on the reels all those symbols will spin and turn into matching symbols. Of course this doesn’t always result in a win but if you do strike lucky it should reward players with some big wins.

Normal gameplay resumes when any payouts have been awarded.

You can see the progressive jackpot tempting you from above the reels and there’s only one way to win it. On some spins you will notice that the reels are framed in gold; if you’re lucky enough to see all reels framed with gold then you’ve won the big bucks, simple as that!

That Winstar compares well with games such as Starburst and Reel Rush is a mark of how enjoyable this slot is; it looks and sounds good and it makes you want to keep spinning. It has a respectable RTP of 96.44%.