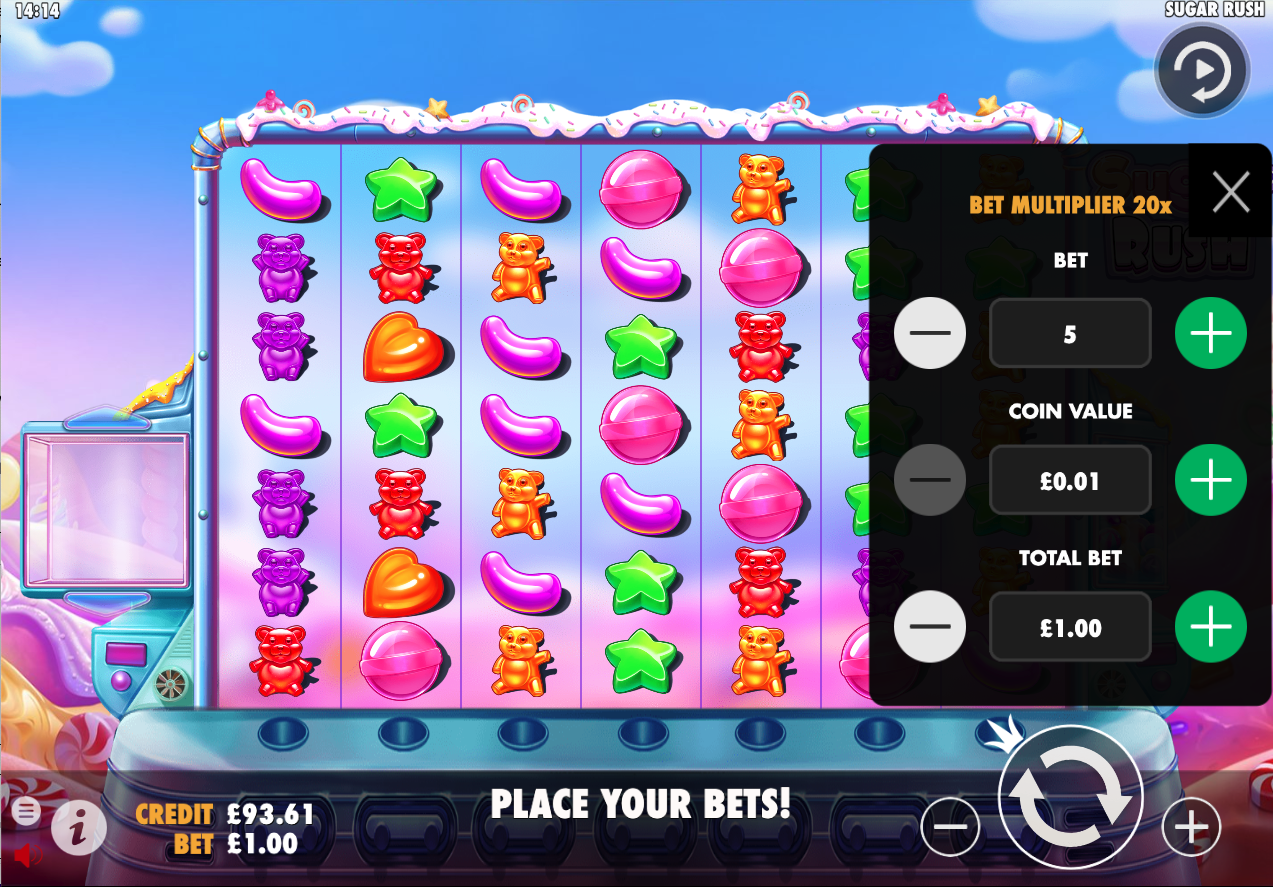 If our memories aren’t deceiving us this is the second candy-themed online slot from Pragmatic Play called Sugar Rush but there are a few differences from the predecessor – this one has a cluster-themed gameplay mechanic, multiplier prizes and up to thirty free spins available in the main feature.

This version of Sugar Rush is a seven reel slot with a gameplay mechanic in which the aim is to create matches of at least five symbols connected horizontally and/or vertically – any symbols involved will then disappear and make room for more to fall in from above, potentially extending the process. There’s a candy world behind those reels populated by lollipops, chocolates, jellies and other assorted tasty treats.

The four higher value symbols are various sweets in pink, orange, purple and green while jelly babies in red, purple and orange make up the lower values. There are no wild symbols in this game but the candy vending machine is the scatter symbol.

During a winning tumble the reel positions below those symbols will be marked – if another match occurs on the marked position it will obtain a 2x multiplier. Every subsequent match on that position will double the multiplier again up to a maximum of 128x. The multiplier applies to any wins on that position and will reset when the spin ends.

Landing three, four, five, six or seven of the vending machine scatter symbols anywhere in view will award 10, 12, 15, 20 or 30 free spins respectively; more spins can be won in the same way pace the round is underway.

The Multiplier Spots are also in action here but the good news is that the values on the reel positions won’t reset between spins.