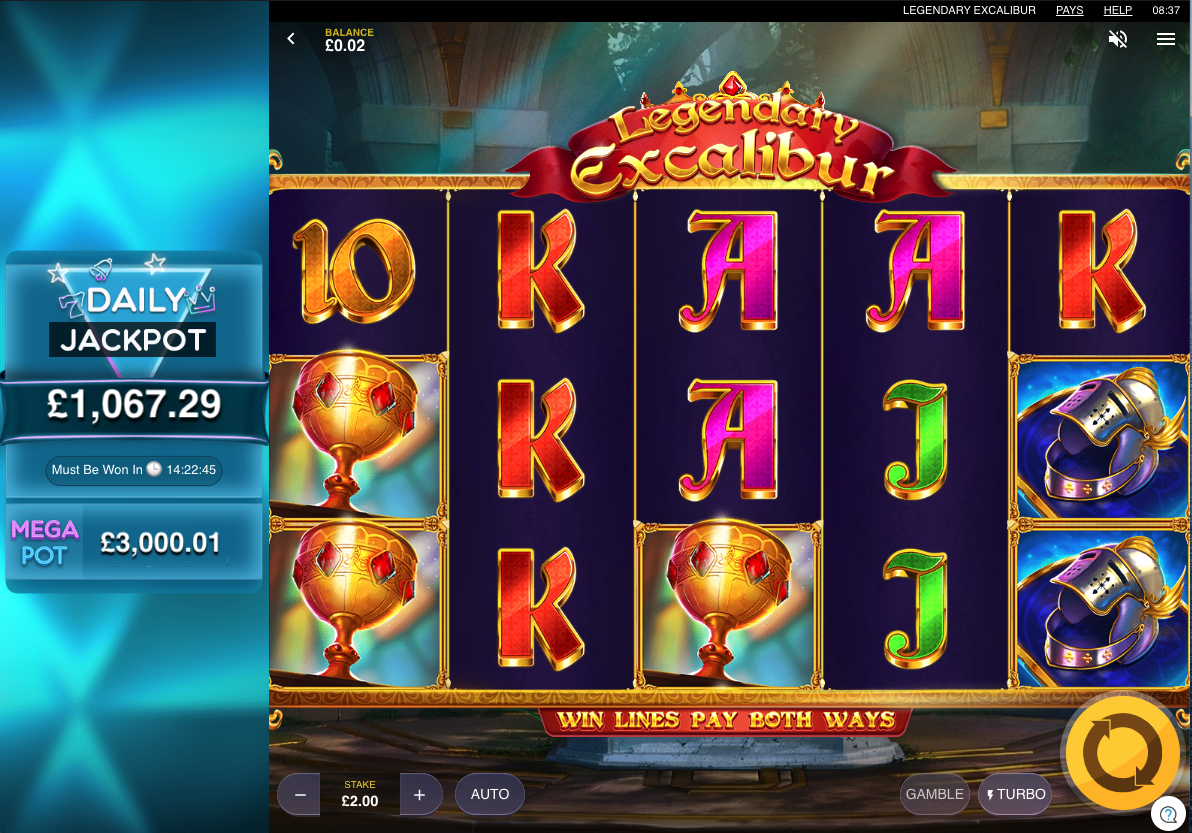 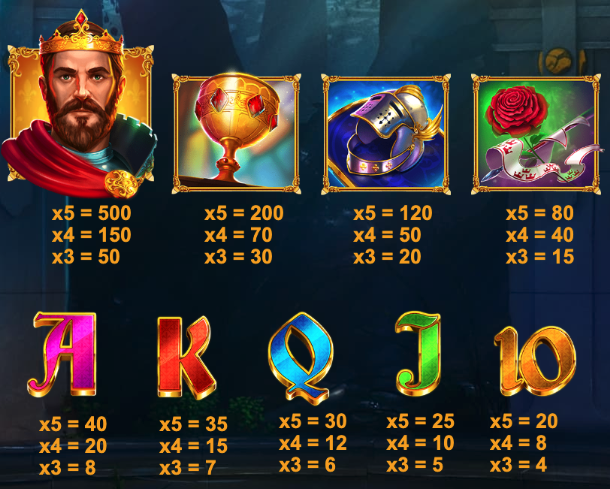 Many of the legends and tales of King Arthur revolve around the the sword presented to him by the Lady of the Lake – it’s now also the theme of this online slot from Red Tiger Gaming called Legendary Excalibur in which the sword triggers a wild feature and there’s the promise of a progressive jackpot.

Legendary Excalibur is a five reel slot with three rows and ten fixed paylines although it’s more like twenty since wins can be formed from right to left as well as from left to right. Those golden reels float in front of a sun-dappled setting which may or not show the sword in the stone in the background.

The higher value symbols include King Arthur (who can appear stacked on the reels), a gold cup (the Holy Grail?), a helmet and a rose; 10, J, Q, K and A make up the lower values.

Excalibur is the wild symbol, it appears three positions high and it will substitute for all others to help create winning matches.

This is triggered whenever Excalibur lands fully in view on the reels and it will shower the remaining reels with wild symbols also while awarding one respin. If those added wilds fill up another reel they will transform into another sword and award another respin.

This is triggered from the base game by landing three of the jackpot symbols which will award either the Mega prize shown to the left of the reels. There’s also a Daily Jackpot which must pay out before the time shown.

Legendary Excalibur is one of the better Arthur-themed slots out there and it’s the wild feature which provides the excitement – it hits regularly is potentially very profitable. Chuck in a progressive jackpot and perhaps we’ve found the Holy Grail!