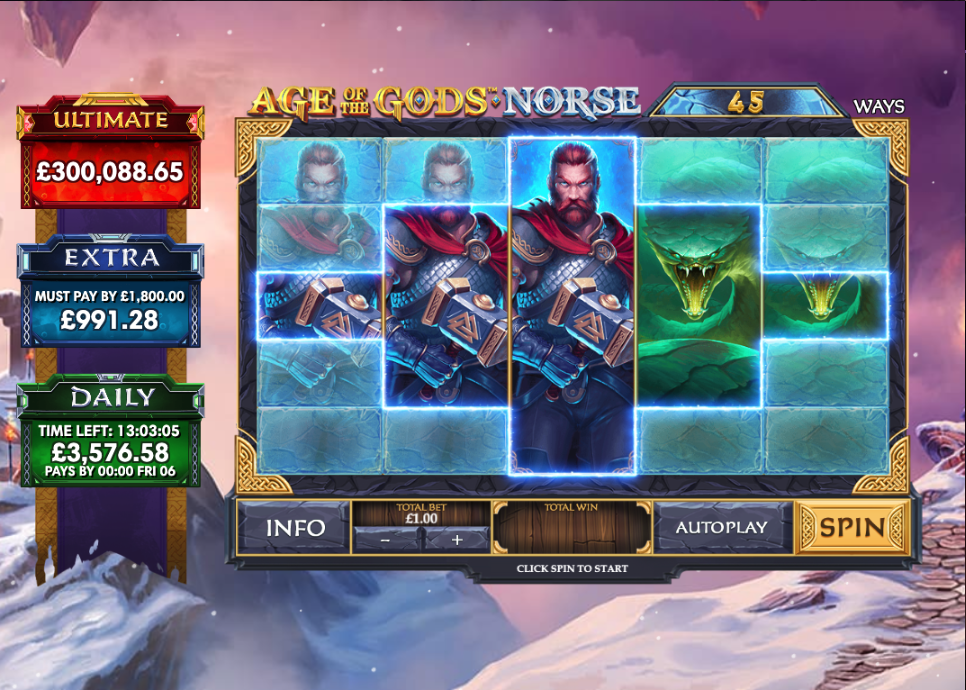 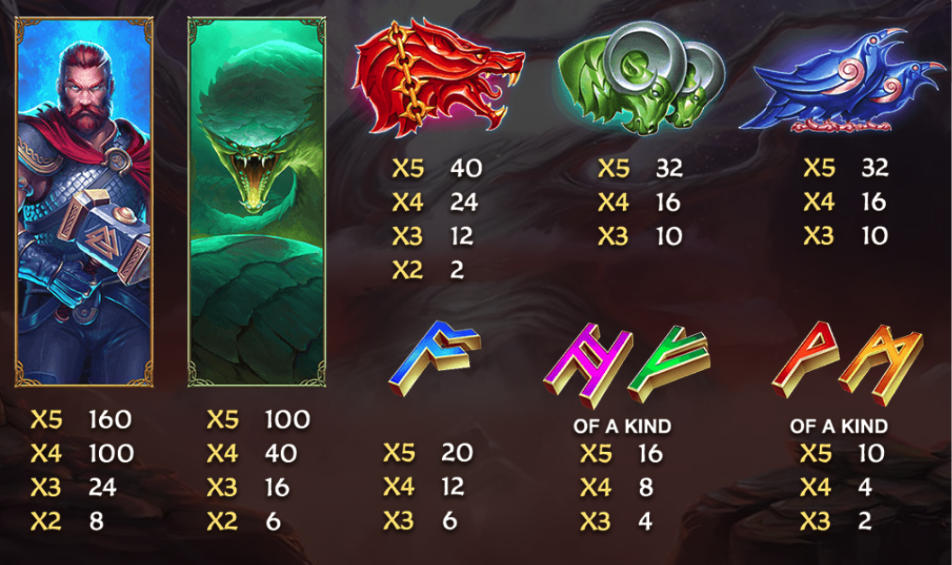 The wintry wilds of Scandinavia are the setting for this online slot from Playtech which continues the Age of the Gods series; it’s called Ways of Thunder and from £0.20 per spin it tempts players with three progressive jackpots, unlocking reels and free spins.

Age of the Gods Norse: Ways of Thunder is a five reel slot with five rows and 45 ways to win initially; a bleak backdrop of snow, rock and lonely torches provides the Nordic atmosphere.

High value symbols include Thor, the serpent and stylised versions of dragons, rams and ravens; five runes represent the lower values. Thor’s hammer is wild and it will substitute for everything except for the bonus symbol to help create winning matches.

The game starts with just 45 paylines but each consecutive win removes two ice blocks and unlocks more paylines in this order:

Unlike other slots with this feature the paylines will not reset back to 45 with the first non-winning spin – instead they will work their way back down the levels with each loss.

Landing at three, four or five of the bonus symbols anywhere in view will award 8, 20 or 50 free spins respectively; as in the base game each win will unlock the next level of payline but here they won’t lock again on a non-winning spin – they’ll only increase on a win.

Two or more bonus symbols appearing during this round will award an extra two free spins indefinitely.

Any spin at any bet amount can trigger a win of one of the three progressive jackpots but the higher the stake, the greater the chance of this happening.

Ways of Thunder is an entertaining addition to this series of games and the gameplay revolves around the the reel unlocking feature which produces plenty of small wins while increasing the number of paylines. Chuck in some free spins and progressive jackpots and it’s all good fun.