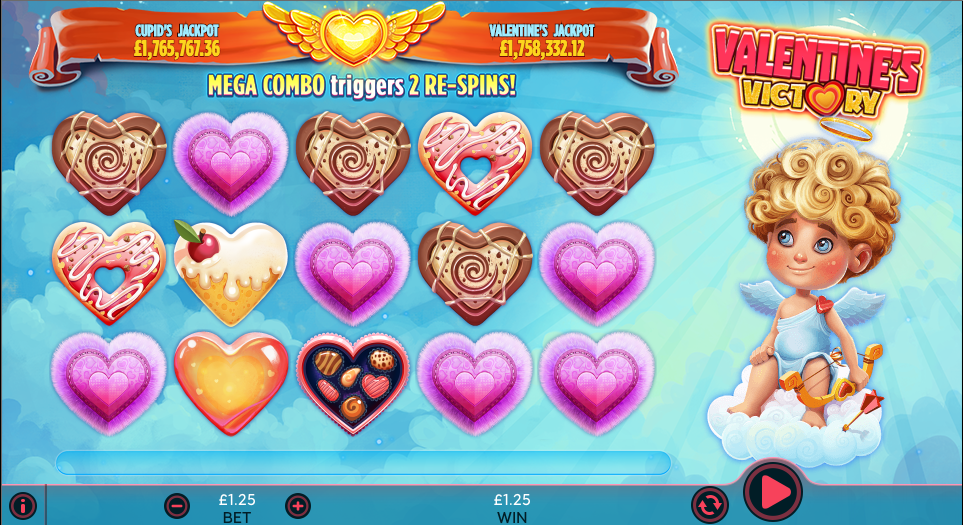 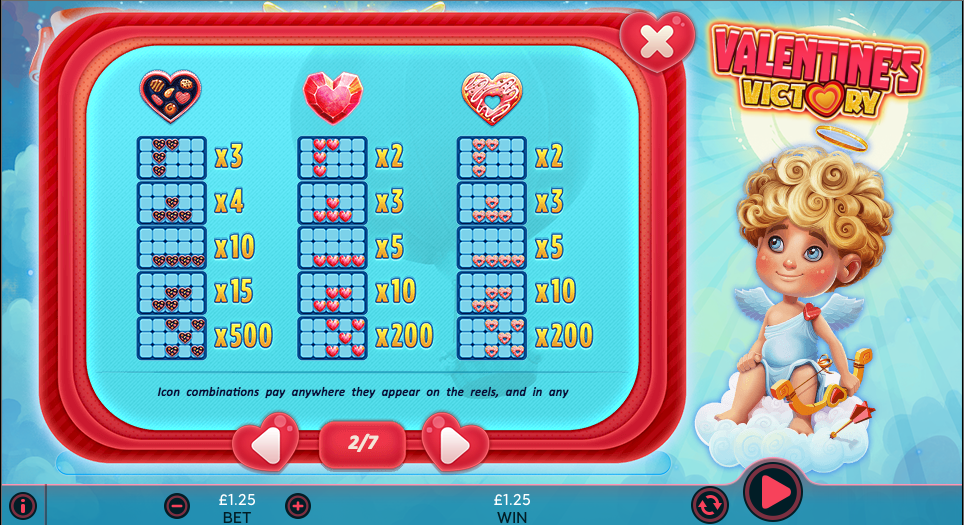 Depending on when you’re reading this, Valentine’s Day may be just around the corner, it may have come and gone or it might be months away; however that doesn’t mean you can’t check out a themed online slot such as Valentine’s Victory – it’s developed by Random Logic and it comes with two progressive jackpots.

Valentine’s Victory is a five reel slot with three rows but rather than a standard payline structure the objective is to form combinations of four matching symbols anywhere on the reels; the combos are shown in the screenshot below. Our little Cupid character floats on a cloud to the right of the reels against a backdrop of sun and blue sky.

There are seven basic symbols, all heart-shaped and all pieces of biscuit or candy of some description; the most valuable is a small box of chocolates which is worth 500x your total stake for a single four symbols combo.

There’s no wild symbols in Valentine’s Victory but there’s a ‘Pick Me’ heart-shaped gift which activates one of the bonus features.

This is triggered by landing Pick Me symbols on reels one and five in the same spin and you will get to select from the icons on offer which will reveal a multiplier of your total stake.

There are free spins available if you can land more than one combo in the same spin:

The progressive jackpot totals (Cupid’s Jackpot and Valentine’s Jackpot) are shown above the reels and they are won randomly although the higher the stake, the better the chance of winning one.

Valentine’s Victory is a really engaging slot with some interesting win combos and bonus features; the progressive jackpot is the icing on the cake and it comes with an RTP of 94.98%.