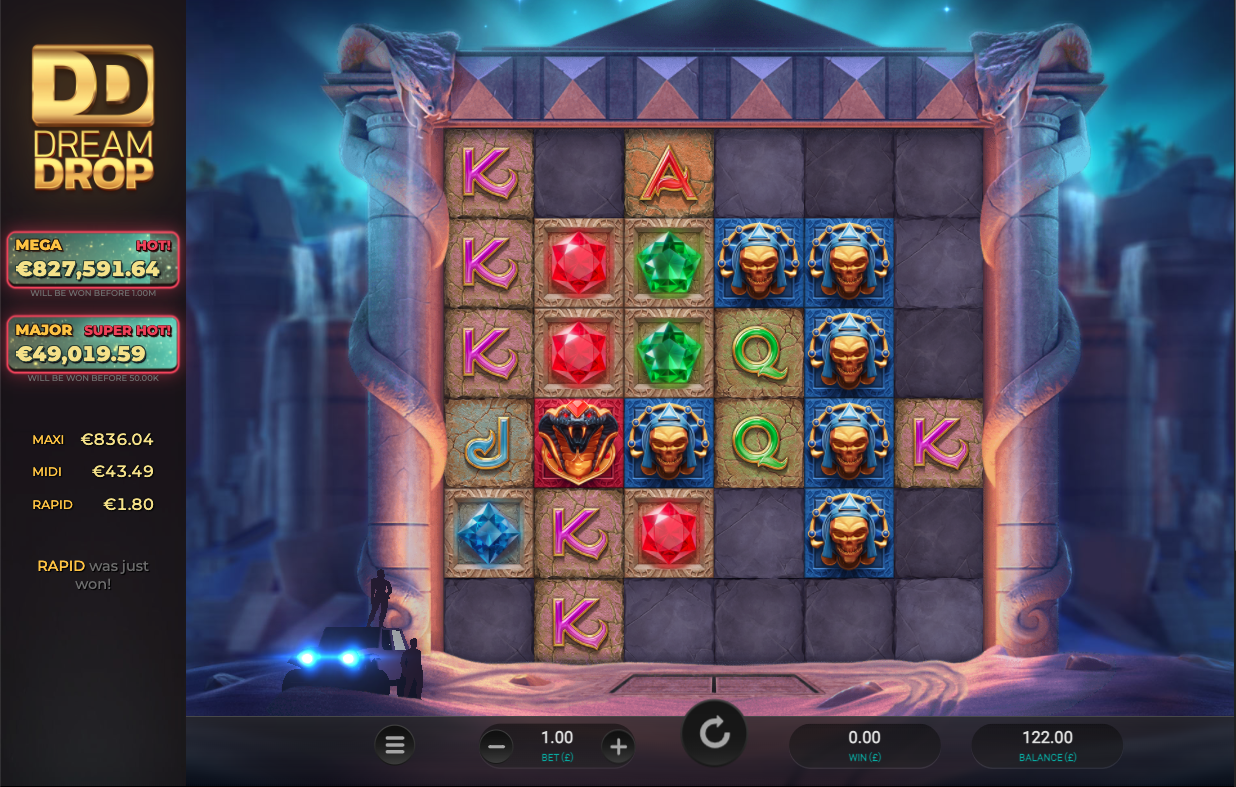 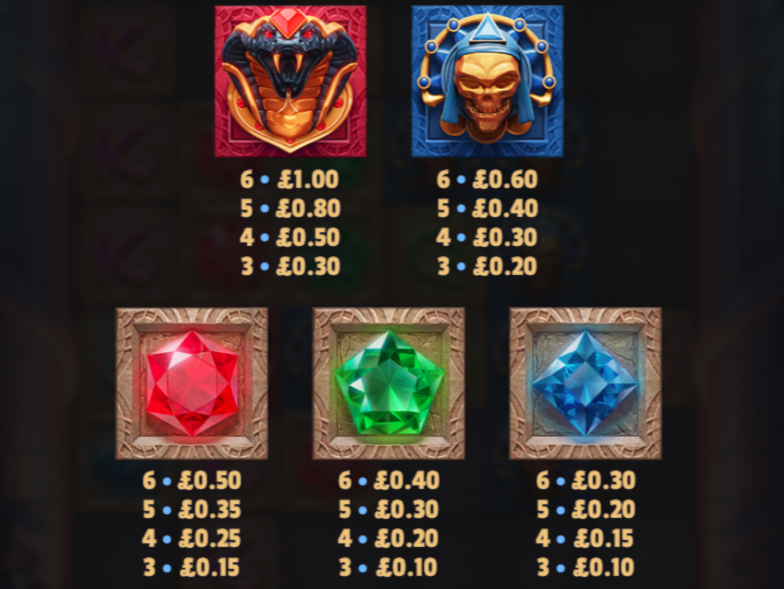 The original Tumble Tumble slot took us on a journey to the ancient sites of Cambodia and this sequel moves us from Asia to North Africa to visit the pyramids of Ancient Egypt; it’s called Temple Tumble 2 Dream Drop, it’s developed by Relax Gaming and it’s features include an enhanced free spins round plus five progressive jackpots.

Temple Tumble 2 Dream Drop is a six reel slot with a potential 46,656 ways to win and the symbols spin between two gigantic columns around which serpents coil and emit sand from their mouths, Our intrepid explorers can be seen in the bottom left hand corner, cavorting around their vehicle.

High value symbols include the serpent, the skull and the crystals in red, green and blue; J, Q, K and A represent the lower values. The explorers are both wild symbols.

Any symbol in a winning combination will crumble and be replaced by more falling in from above, potentially then creating more winning combos – any blank stone blocks next to a winning combo will also crumble to allow extra symbols in and increase the number of paylines available. If all stone blocks crumble in any particular spin then the free spins are triggered.

You’ll start with six free spins but each stone block destroyed during this round may also award one of the following:

At random the reels will change and spin only stone blocks and DD symbols – if there are DD symbols on all reels after the spin then the next part is triggered in which the reel set shown below will start spinning:

Each DD symbol which lands will stay on that reel and the first reel to fill up will award that respective jackpot amount.