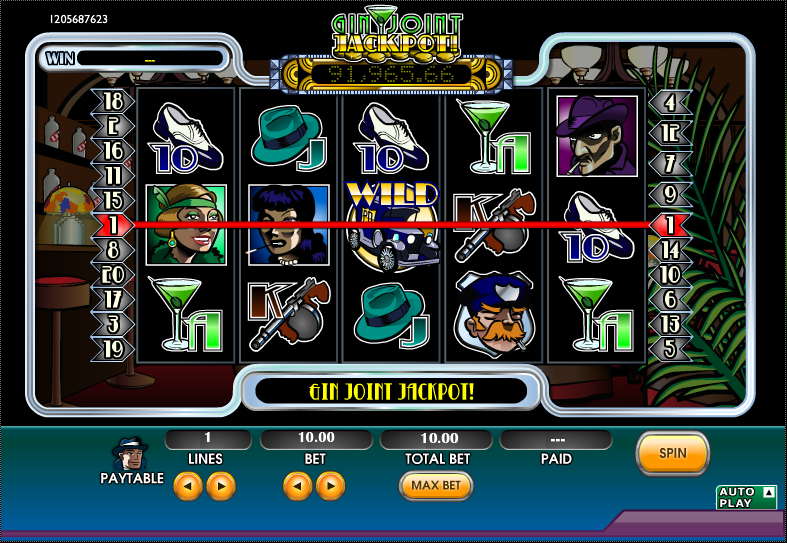 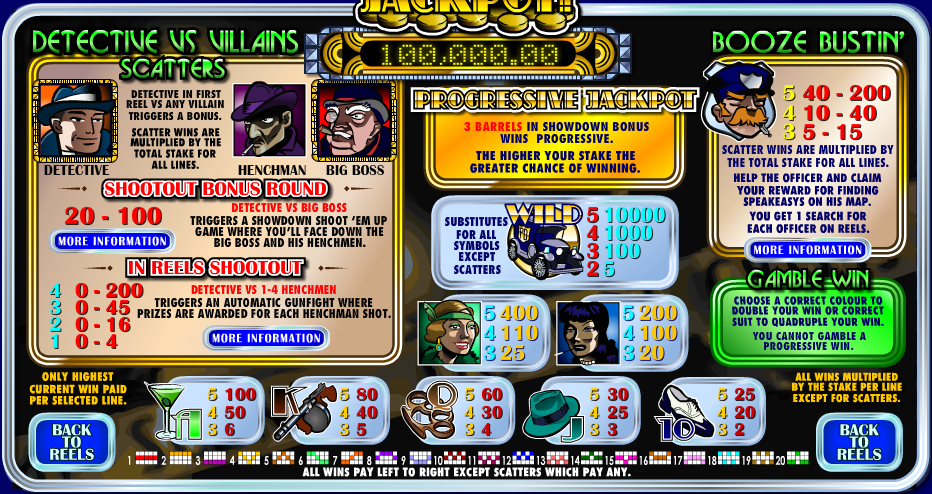 Gin Joint Jackpot is an atmospheric online slot release from Random Logic which takes us back to the Chicago of the 1920s and 1930s.  This was a time of prohibition, organised crime, racketeering and the focus of numerous gangster films over the years.  The gin joint of the title was the type of place people would go to enjoy alcohol when it became illegal.  This slot is a feature-packed game with an all-important progressive jackpot for those who appreciate the chance to win life-changing amount of money.

Gin Joint Jackpot features five reels and twenty paylines and everything about this slot is designed in that stylish pre-war fashion.  All the symbols are theme-related and so we have the black and white spectator shoe, the sharp hat, knuckle dusters, a tommy gun and a green cocktail.  There are also a number of characters including two femme fatales, the detective, the henchman, big boss and the police officer.

The detective, big boss, henchman and police officer all have bonus feature involvement and the wild symbols is a classic 1920s car.

This is a great feature and it gets triggered if the detective appears on reel one at the same time as the henchmen on another reels one to four or the big boss on reel five.  Both occurrences are explained below:

This is a superbly designed and feature packed game with an atmospheric soundtrack.  The early decades of the last century are brought to life very efficiently and the cartoonish feel to the graphics makes this slot a lot of fun.