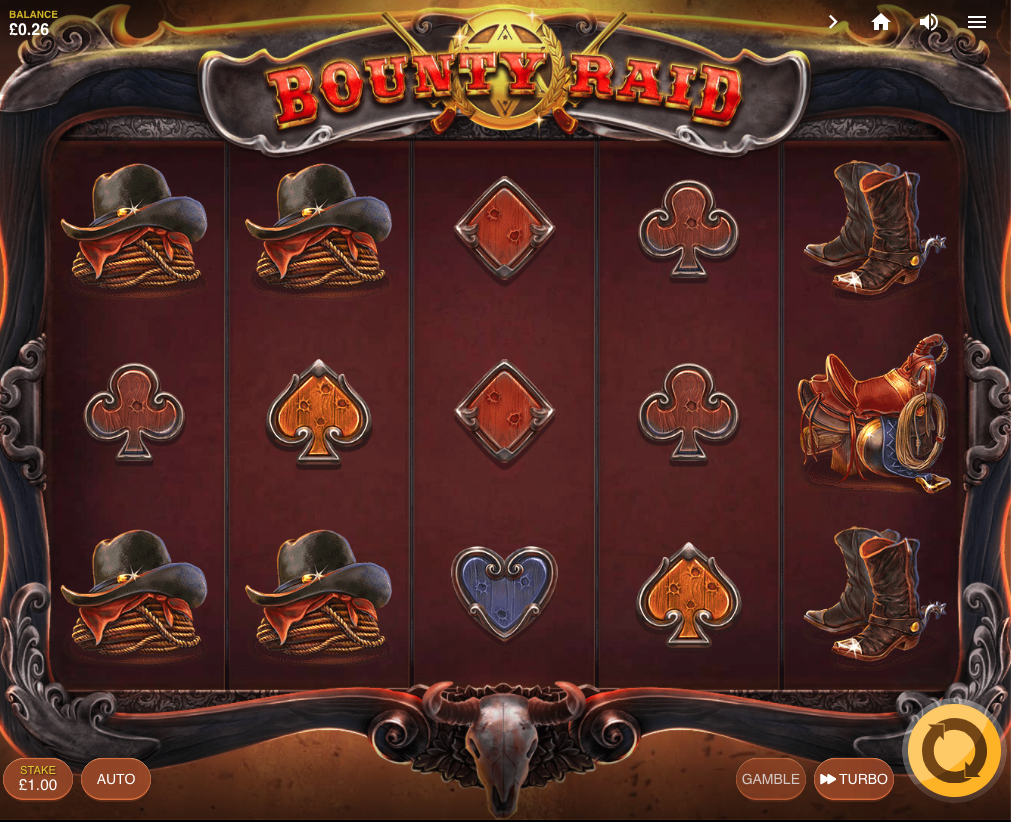 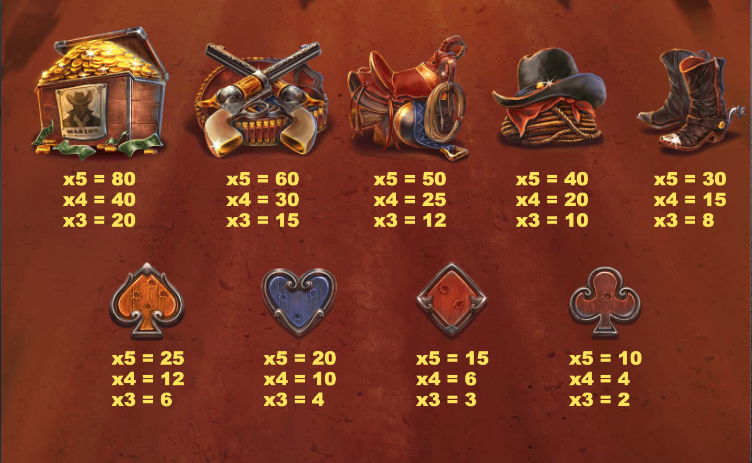 Keeping the peace in the Old West was a full time job not just for the Sheriffs in charge but also for the mercenary bounty hunters; Bounty Raid is an online slot themed on the latter, it’s developed by Red Tiger Gaming and it comes with two themed bonus features and three progressive jackpots.

Bounty Raid is a five reel slot with three rows and ten fixed paylines; bleached skulls and silver surround those reels which float against an action packed scene of pistol-wielding gunman on horses.

Theme-related symbols include the chest of gold coins, the pistols, the saddle, the ten gallon hat and the boots; playing card symbols damaged by bullet holes represent the lower values. There’s no wild symbol in Bounty Raid but there are five baddies who are integral to the bonus features along with the Bounty Hunter and the Sheriff.

The Bounty Hunter is two positions high and she only appears on reel three – when she does all of the baddies in view will lock in place; you’ll now receive one respin with all those baddies locked in place and if any more land (or the Sheriff’s badge which increases the baddies’ multipliers) they will also lock for another spin. The reel set only contains baddies, the Sheriff’s badge and blanks and when no more relevant symbols land the round ends and the payout is made with each baddie worth a multiplier value. 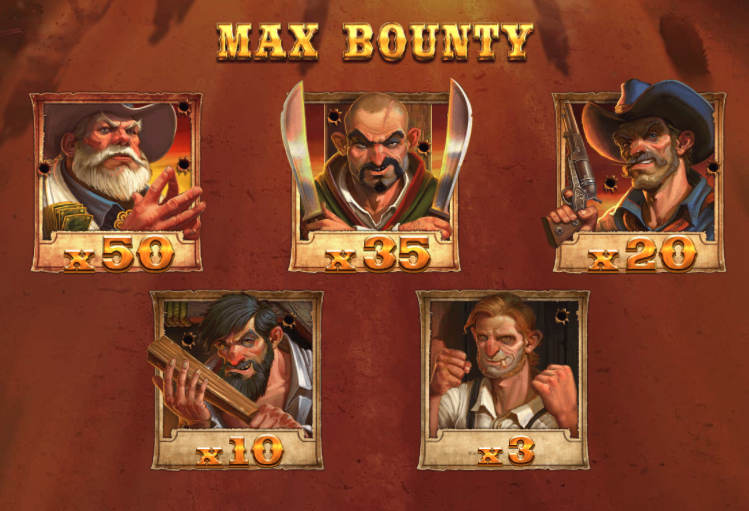 The Sheriff can land anywhere except reel three and when he does he’ll collect all the multiplier values of any baddies in view.

Was the Wild West always this violent? We don’t really know but we do like Bounty Raid with its two features integrated into the base game and the three progressive jackpots. Saddle up and give it a try but take note of the slightly low RTP of 93.72%.