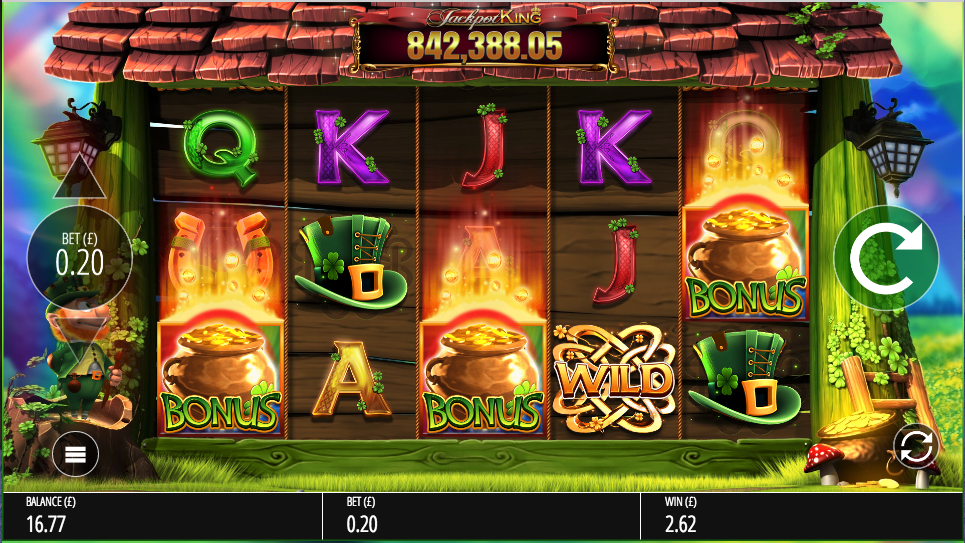 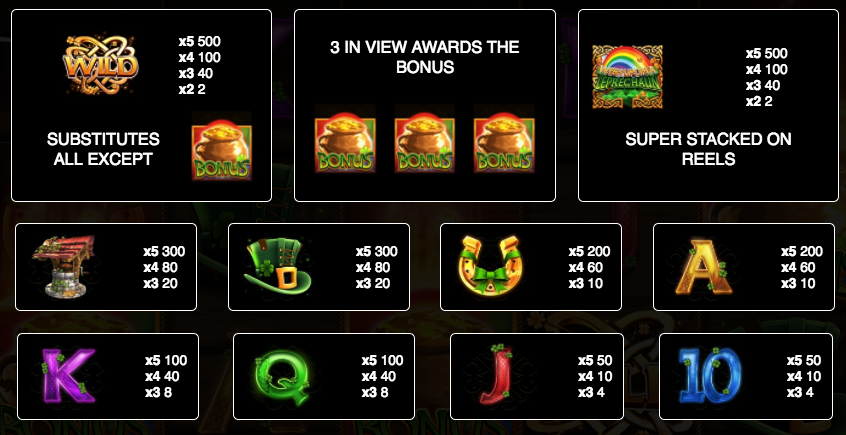 The Emerald Isle is a regular destination for those who enjoy an online slot machine and Blueprint Gaming are offering us another virtual travel opportunity in the shape of Wish Upon A Leprechaun, a game with numerous bonus features and a tasty progressive jackpot.

Wish Upon A Leprechaun is a five reel slot with three rows and twenty fixed paylines; a wooden structure with red tiles is the frame in which those reels spin and there’s a verdant backdrop displaying a green field underneath a hazy rainbow.

The higher value symbols include the game’s logo, a well, a golden horseshoe and a leprechaun’s hat; 10, J, Q, K and A make up the lower values.

The wild is a Celtic inspired golden ‘Wild’ which will substitute for all others to help form winning combinations except for the pot of gold bonus symbol.

This is triggered by landing three of the pots of gold anywhere on reels one, three and five and you will first be asked to select one of three pots to reveal one of the following features:

These can occur randomly on any a base game spin and you’ll be prompted to select one of three Celtic designs to reveal one of the following:

There’s lots to like about Wish Upon A Leprechaun with it’s cheerful graphics, numerous bonus features and progressive jackpot; the slight downside is a relatively low RTP of 92.56%.