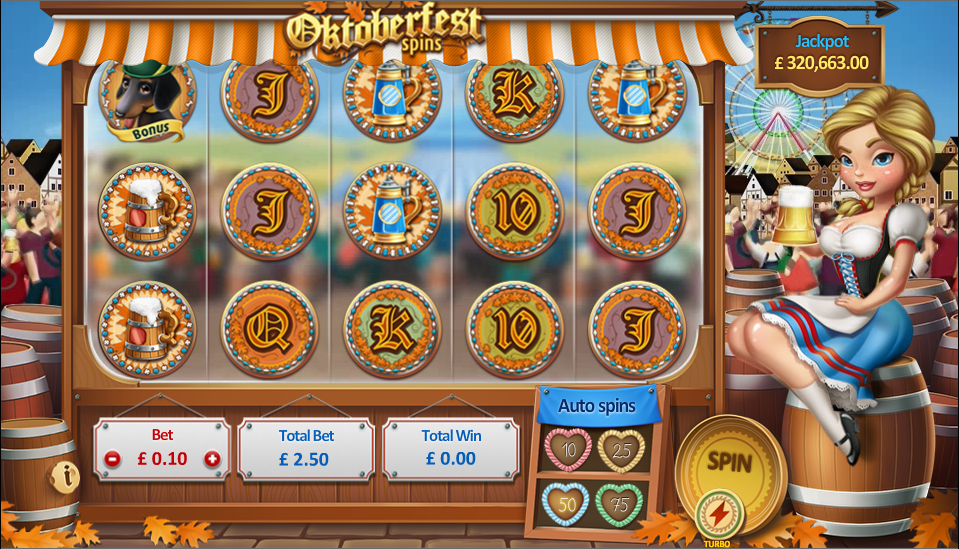 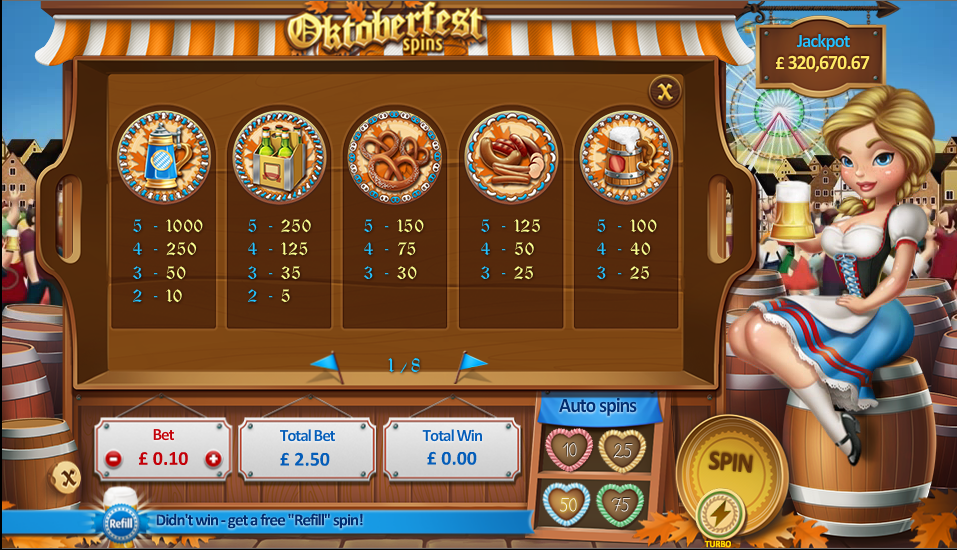 If you’re a lover of top quality beer then the giant Oktoberfest in Munich should certainly be on your bucket list; if you’re keen on top quality online slots and beer then you should also check out Oktoberfest Spins, a game developed by Random Logic which comes with several bonus features and progressive jackpot opportunity.

Oktoberfest Spins is a five reel slot with three rows and twenty five fixed paylines; those reels spin under the awning of a beer stall while a serving girl raises her stein to you on the right hand side. In the background there’s a big drunken party going on under a blue Munich sky.

There are five theme-related icons including a beer stein, a box of bottled beer, some pretzels, some sausages and a mug of ale; 10, J, Q, K and A make up the lower values.

A keg of beer is the wild symbol and it will substitute for all others except the dog bonus icon which activates the main feature.

On any non-winning spin you will be awarded one free spin at the same bet level; additionally the wild becomes an expanding wild on reel three, covering all positions if a winning combo is possible.

This is triggered by landing two of the dog bonus symbols in the centre of reels one and five; you will now get to play three picking games (as long as you don’t hit the ‘Game Over’) in which the prizes are multipliers of up to 33x your total bet.

The progressive jackpot is awarded randomly but you can increase your chances of landing the big bucks by playing with a larger bet.

Oktoberfest Spins is an enjoyable use of your reel spinning time; the refill feature adds something a little different and there’s the progressive jackpot to dream about. It comes with an RTP of 95.02%.