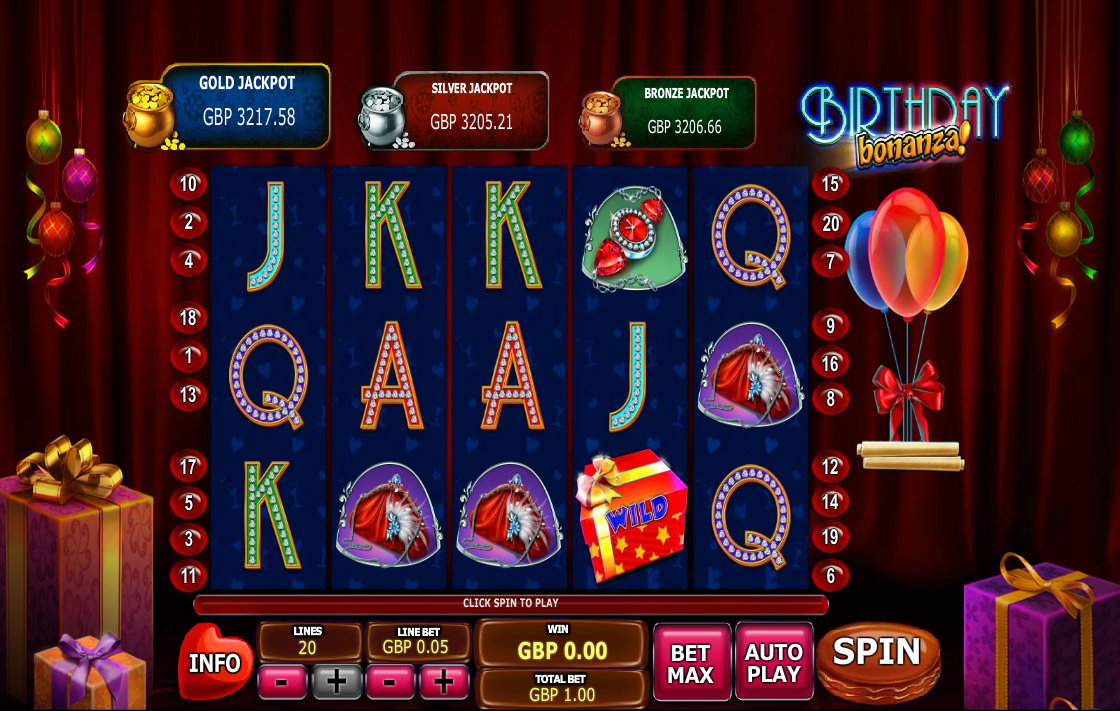 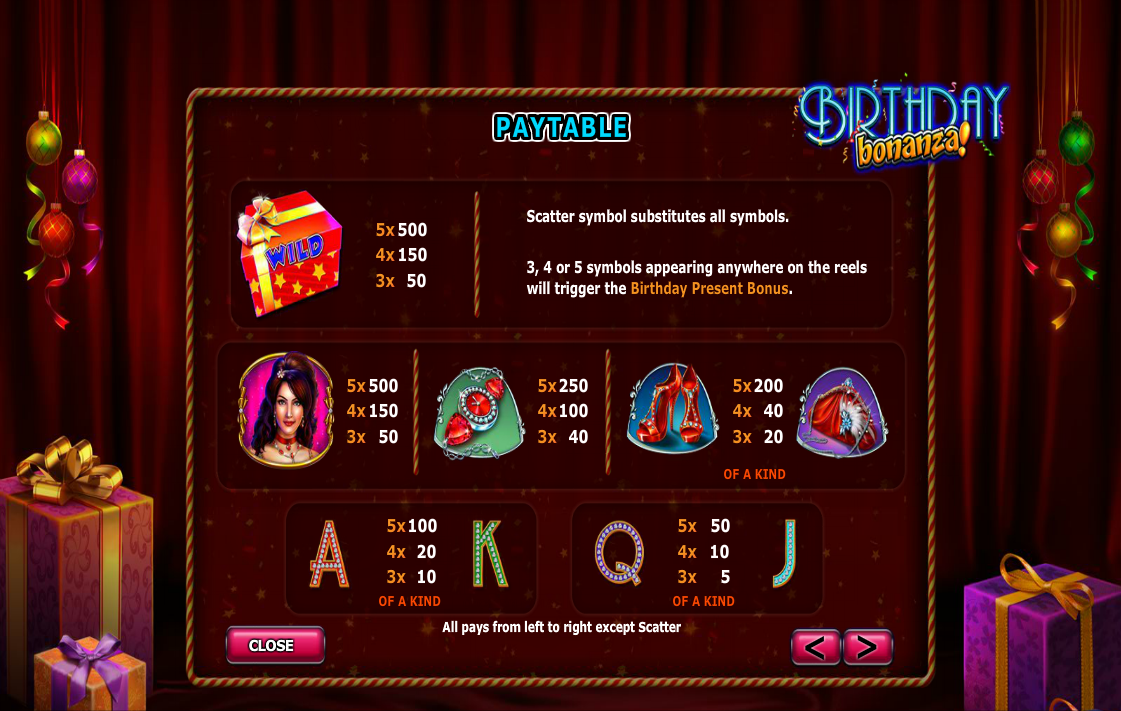 Most people will experience a birthday at least once a year and usually it’s an occasion which offers an excuse to go out drinking even on a weeknight. If you’d rather stay in though there’s a funky new birthday-themed online slot available from Playtech called Birthday Bonanza! It combines some crisp graphics with several extra features and a progressive jackpot so before you head out on the town, stop by to check this game out.

Birthday Bonanza! is a five reel slot with three rows and up to twenty paylines; the backdrop to the reels is adorned with birthday items such as gifts, baubles and balloons.

The high value symbols are all items a self-respecting girl should be wearing on a night out – the girl, a handbag, a pair of high heeled shoes and a sparkly watch. J, Q,. K and  A are the lower values.

A wrapped-up present is the wild symbol and it’s also the scatter which activates the main feature.

Randomly awarded before any spin, this will float on to the right hand side of the screen and double any wins you land.

Randomly awarded before any spins, this also floats on to the right of the reels and will award a random multiplier of 3x, 4x, 5x, 7x 0r 10x.

Three or more wild/scatter symbols will trigger this feature and there’s a three possible levels to play, reaching the progressive jackpot ultimately.

The first level requires you to find seven prize boxes from the ten available on screen; the round is over if you find three empty boxes but otherwise you will progress to round two.

The second level is similar but this time the prizes are a little greater. Succeed and you progress to the final round.

The final level displays five rows of five boxes; pick two from the lowest row to move up to the next row but an empty box ends the round. If you can find at least two of the biggest prizes on the way up you will win an extra prize.

The progressive jackpot can be won here by uncovering three pots on the final level. You will then be offered three pots to choose from which correspond to the three jackpot amounts above the reels.

Birthday Bonanza! is good fun with enough colour to cheer anyone up. The bonus game seems reasonably easy to trigger and we found it easy enough to work our way through all three levels for a big win.