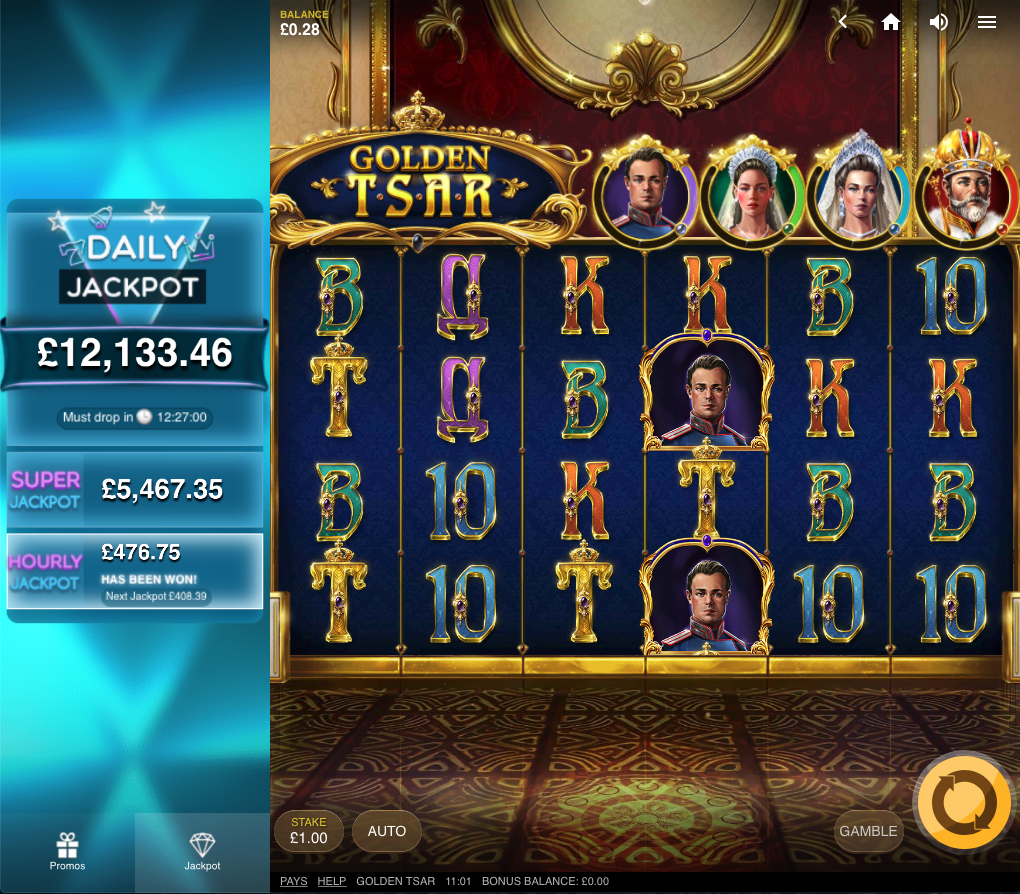 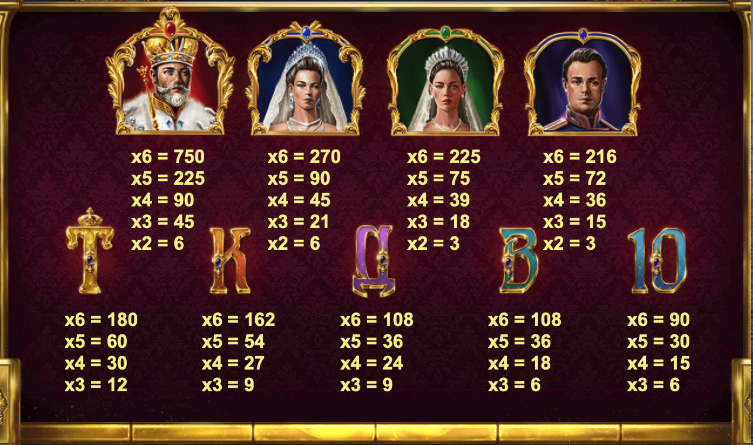 The Bolshevik Revolution of 1917 saw a fairly swift end to the Russian royal family but they were around long enough to become an interesting theme for an online slot machine; Golden Tsar is the name of this one, it’s developed by Red Tiger Gaming and from £0.20 per spin it tempts players with three progressive jackpots, supercharged symbols and free spins.

Golden Tsar is a six reel slot with four rows and fifty fixed paylines; the opulence of some royal palace provides the backdrop the gold-framed reels with the progressive jackpots displayed on the left hand side.

The four high value symbols are of course four members of this royal family while various characters from the Cyrillic alphabet represent the lower values; there are no wild symbols in Golden Tsar but the golden egg is the bonus symbol.

Each family member above the reels is surrounded by a coloured meter which is filled a small amount each time a winning combo of that particular character is formed; when a meter is full any instances of that character on the reels will expand to fill all positions on its reel, hopefully helping out with a win. That character’s meter will then empty.

Landing at least three of the golden egg scatter symbols anywhere in view will award three free spins for each egg (up to a maximum of eighteen); before the round starts one of the royal characters will have their meter filled and act as an expanded symbol for the whole feature. Any other meters filled will award an extra five free spins.

The only downside to Golden Tsar is the relatively low RTP of 93.65% but the upsides are considerable – a clever, Supercharged gameplay mechanic, free spins which incorporate that feature and three progressive jackpots.