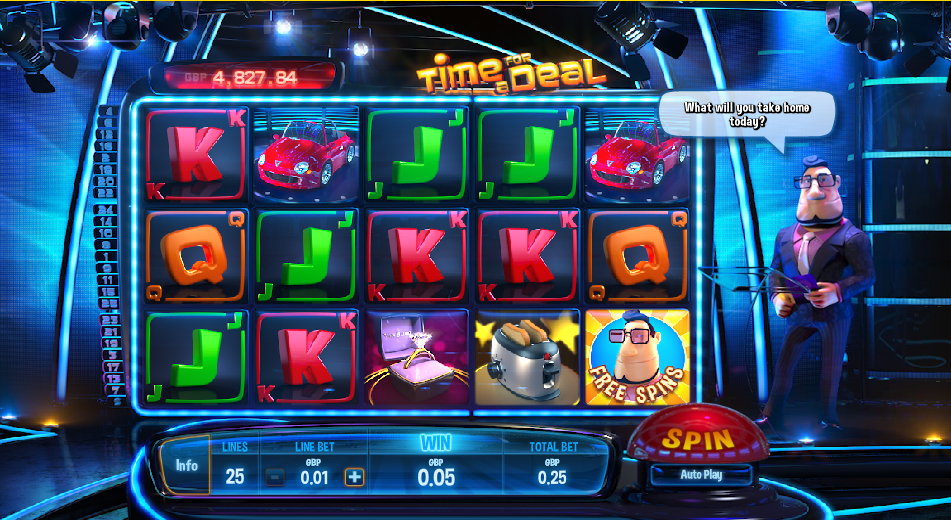 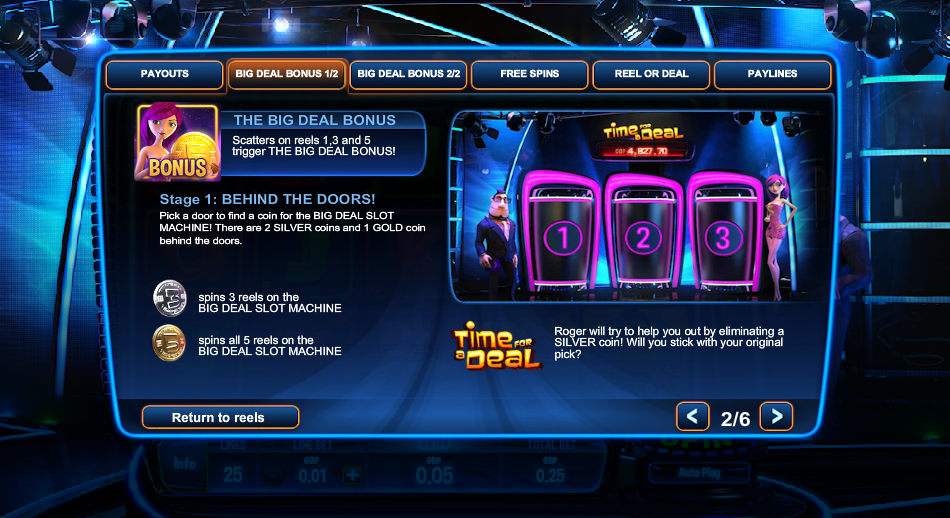 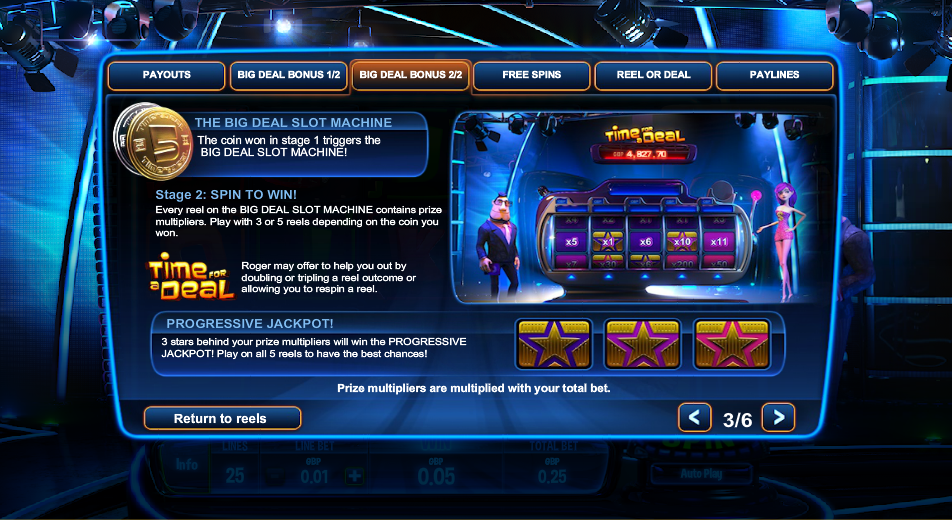 We’ve played a few online slots in the past which have been based on television game shows; up until this point they’ve always been tied to a quiz show which actually existed but Sunfox have now released Time For A Deal and as far as we can tell this is a game created purely for this slot. It’s good stuff though, with lots of bonus features and a progressive jackpot.

Time For A Deal is a five reel and twenty five payline game which takes place in the confines of a television studio. Roger is the name of our host and he stands to the right of the reels, offering supportive but incoherent comments when you land a win.

The basic symbols are the standard J, Q, K and A but the more valuable ones are all prizes on this gameshow – there’s a toaster, a camera, a holiday, a diamond ring and a new car.

The Time For A Deal logo is wild and there’s a purple-haired girl scatter symbol. Roger himself is another scatter which triggers the second feature.

All reels contain multipliers and each one will be multiplied by your total bet to calculate your prize.

The progressive jackpot can also be won at this stage – if you find three gold coins on your reels, you will win the amount shown in the box above the reels.

Land the Roger scatter symbol anywhere on reels two, three and four to trigger this feature and the first thing you’ll be asked to do is pick one of the green star symbols to act as a wild, one of the yellow crossed to find a multiplier and one of the red arrows to determine the number of spins to pay.

Once this is complete you can start the spins and hopefully make some decent profit.

This is a randomly occurring prize offered by Roger during normal gameplay; during a spin he will offer you a guaranteed reel win or a cash prize – you can’t lose out here, just pick one for a win.

Keep an eye out for Roger offering you things. For example he might offer you a tempting deal when you free spins have finished or he may give you some help when picking the doors with gold and silver coins behind them.

This is a great-looking slot with some amusing animations and sound effects. There are plenty of bonus features which we found a little hard to trigger while wins in the base game are regular but small.