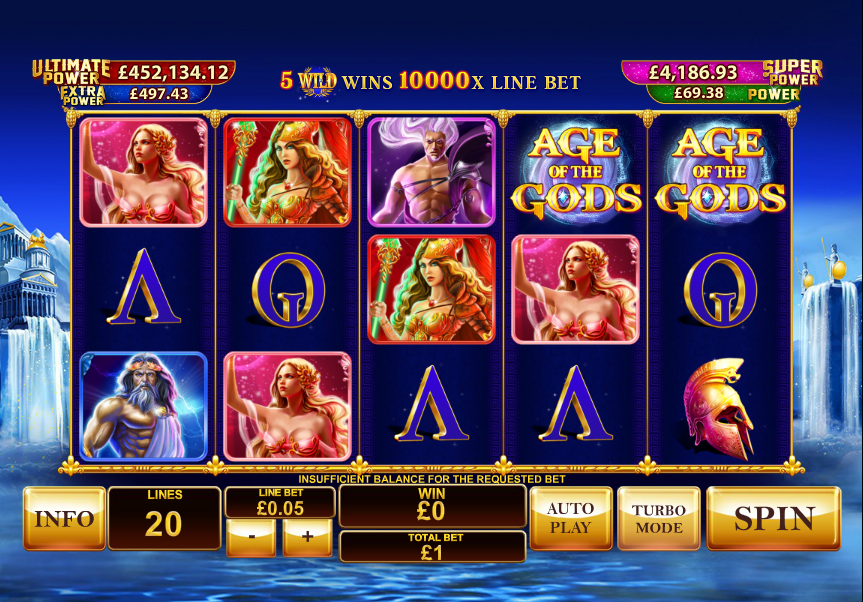 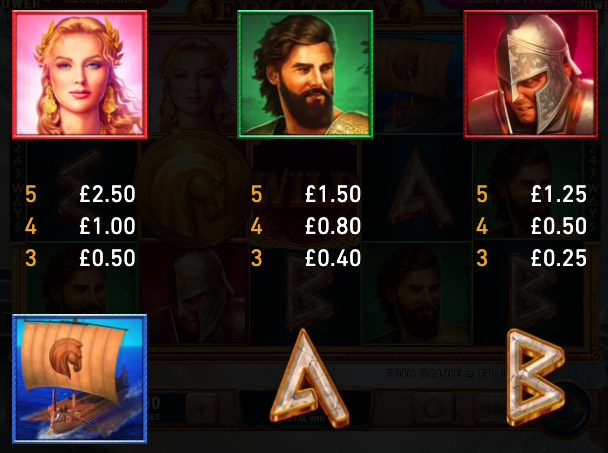 In Greek mythology the Trojan Wars resulted from the kidnapping of Helen by Paris and involved legendary characters such as Achilles and Hector; Age of the Gods: Epic Troy is an online slot from Playtech/Rare Stone Gaming which offers players the chance to win several respin features, free spins and theis series’ progressive jackpots.

Age of the Gods: Epic Troy is a five reel slot with three rows and 243 ways to win; behind those reels there’s a stunning view of statues, valleys and spectacular Greek architecture.

The golden ‘Wild’ is wild, it appears on reels two, three and four and it will replace all standard symbols to help form winning combinations; the shield is the scatter symbol.

Landing at least two full stacks of any one character in a single spin will trigger the following features:

Landing at least three of the shield scatter symbols will award six free spins initially but more can be triggered during the feature in the same way; only high value symbols, wilds and scatters are in play during this round and all the Character Respins features can be activated also.

Playtech’s Age of the Gods series continues to come up with the goods and each slot offers something a little different for players to enjoy; the Character Respins are the highlight here but don’t forget about the progressive jackpot prizes and free spins.