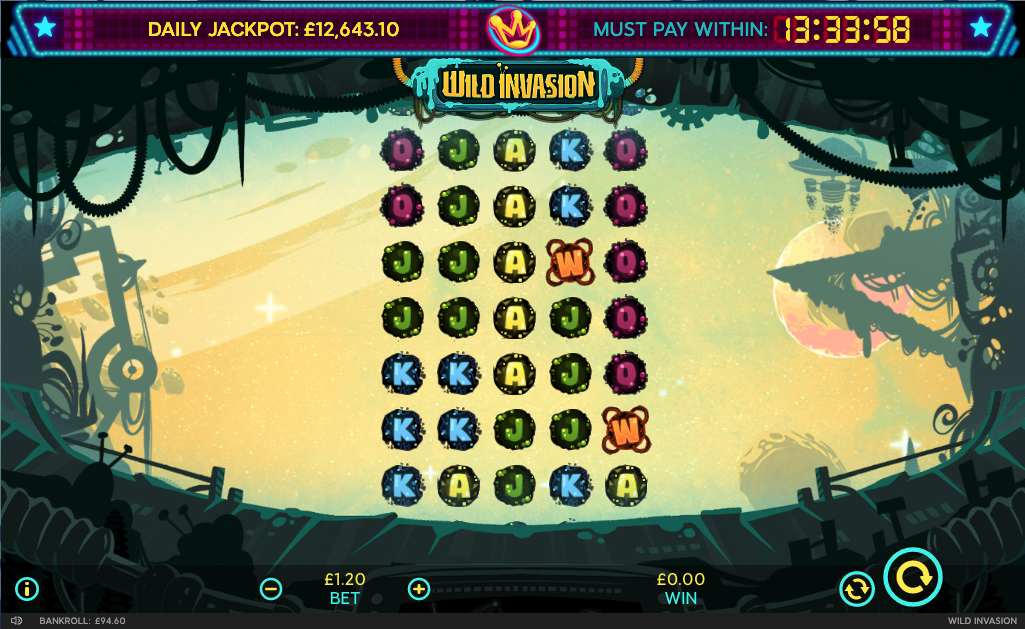 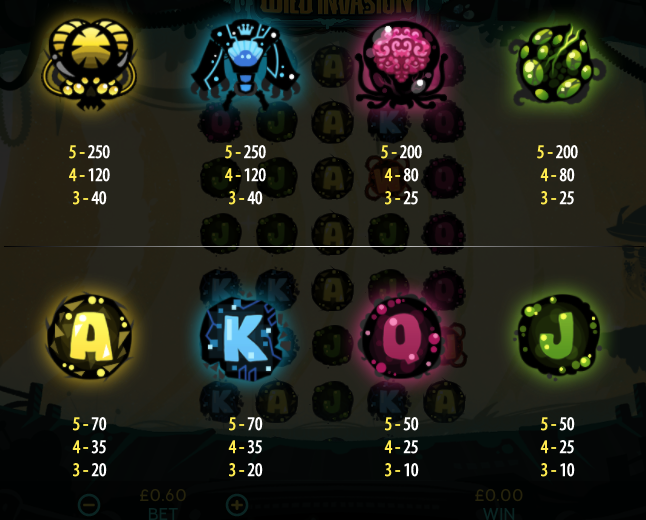 The threat of an alien invasion is obviously ever-present and to lighten the mood it always help to play an online slot which makes light of that danger – this one’s called Wild Invasion, it’s developed by Random Logic/Section8 Studios and it comes with free spins and colossal stacked symbols.

Wild Invasion is a five reel slot with seven rows and sixty fixed paylines; the mysterious backdrop to this game shows a view of space drifting past where pieces of floating junk move in and out of view.

Four aliens in yellow, blue, pink and green represent the high value symbols and the lower values are J, Q, K and A in similar colours; each of the these symbols can appear as ‘Colossal’ and will be between two and six positions high.

The orange ‘W’ is wild and it will replace all other symbols except for the ‘S’ scatter to help form winning combinations.

In the game these are called Singularity Free Spins and they’re triggered by landing three of the scatter symbols anywhere on reels one, three and five; your reward is ten free spins which unfortunately can’t be retriggered – there are also no extra enhancements during these spins.

There’s an attractive, cartoon quality to the graphics in Wild Invasion which sets it apart from many other slots  – chuck in some free spins and a progressive jackpot and we’d say that this is one to recommend.