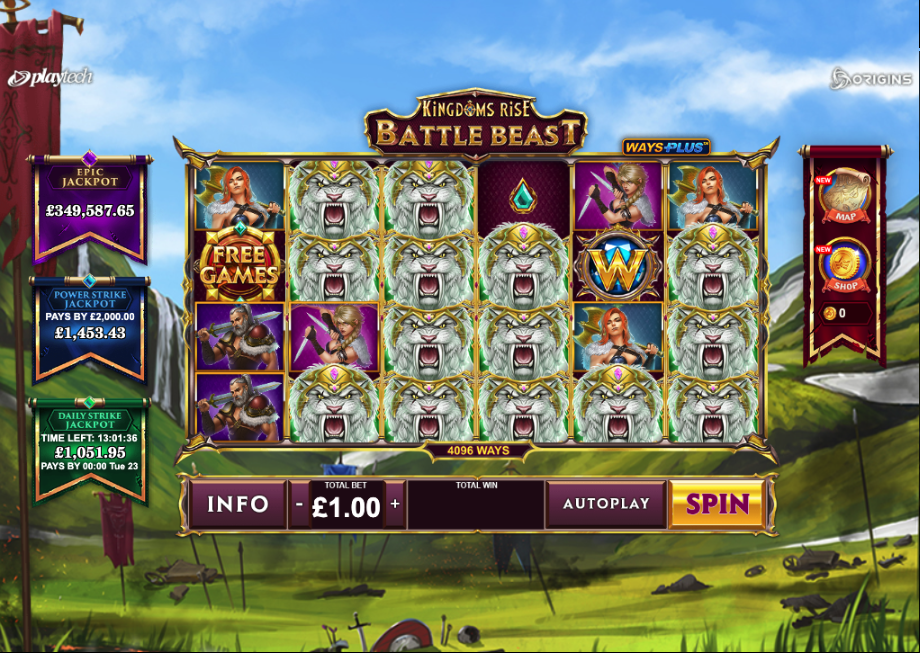 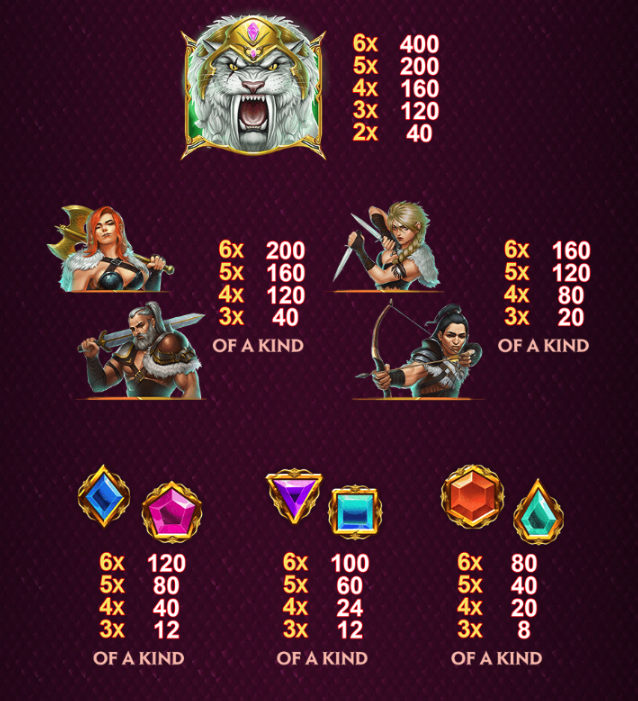 It’s been a while since we visited the fantasy world of Kingdoms Rise so it’s good to be back in the company of Battle Beast, the tenth (by our reckoning) online slot in this series which gives players the chance to buy the features from any linked game plus three progressive jackpots, free spins and the Ways Plus feature.

Kingdoms Rise: Battle Beast is a six reel slot with four rows and 4096 paylines: the backdrop to those reels is a battlefield scene with wrecked carts, standards and arrows strewn around.

The five high value symbols include the characters from this story – four threatening-looking warriors and the Sabre-tooth tiger with the gold headgear; six gems in pretty colours make up the lower values. The golden ‘W’ is wild and the Free Games symbol is the scatter.

Standard symbols can land on the reels in a fiery state and if this happens the. the symbol can expand outwards by one position in all four directions; it will do this if a win can be created or improved by doing so.

Landing three, four, five or six of the Free Games scatter symbols anywhere in view will award and initial 8, 15, 25 or 100 free spins; more spins can be retriggered in the same way from within this feature but landing just two scatters will also award 5 free spins.

Special symbols are 3x more likely to appear during this round.

This clever series continues its entertaining output in the company of the Sabre-tooth tiger and various warriors; if the Ways Plus, free spins and progressive jackpots aren’t enough for you just visit the shop and spend some tokens on a different feature!

The Return To Player percentage for Diamond Blast Zone is 96.22%.

Where can I play Kingdoms Rise: Battle Beast?