The best online slots developers are always moving forward and innovating and the Kingdoms Rise series of games from Playtech is a good example of how to get things right.

Kingdoms Rise is a fantasy world of Playtech’s creation which is home to a variety of fearsome characters, all of whom feature in one of the various slot machines themed on this dangerous but beautiful realm.

All the games are standalone slots but they are also interlinked by the shop feature which allows players to collect tokens which can be saved up to buy the bonus features from any of the other games; clicking the ‘Shop’ button next to the reels in one slot will open up the bonus menu and from here you can pick the feature of your choice and be transported to the game associated with that feature. It’s a clever way to mix things up and of course to introduce players to the whole Kingdoms Rise series.

There are also three progressive jackpots and these are won in the following way:

More games are being added to this world all the time but these are the six available to play so far:

Here’s what the map looks like and in the game it’s clickable, enabling players to quickly swap to a different slot. 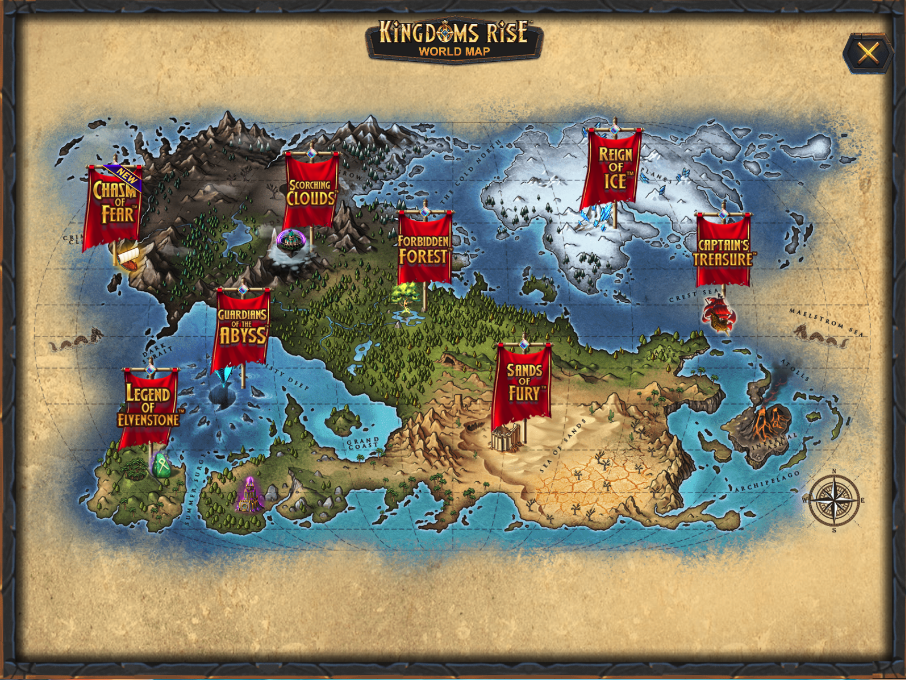 Features Available In the Shop