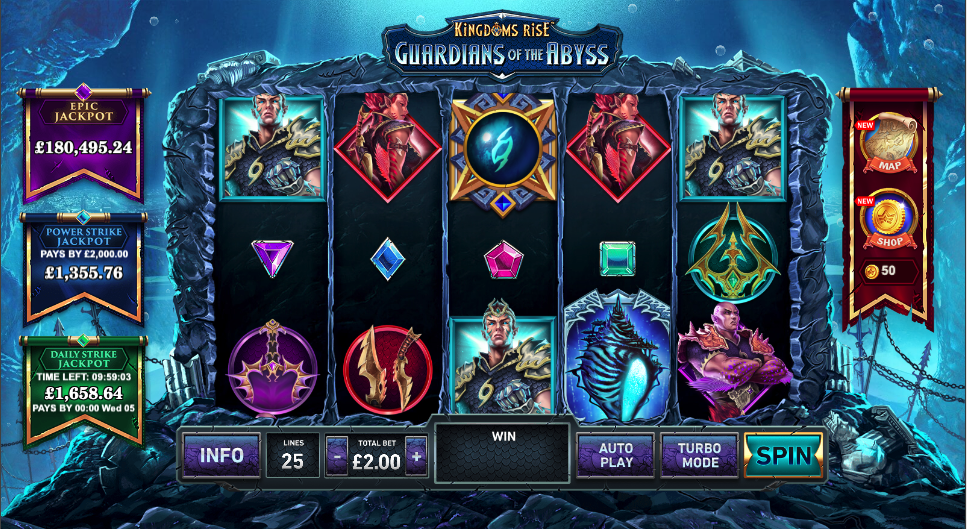 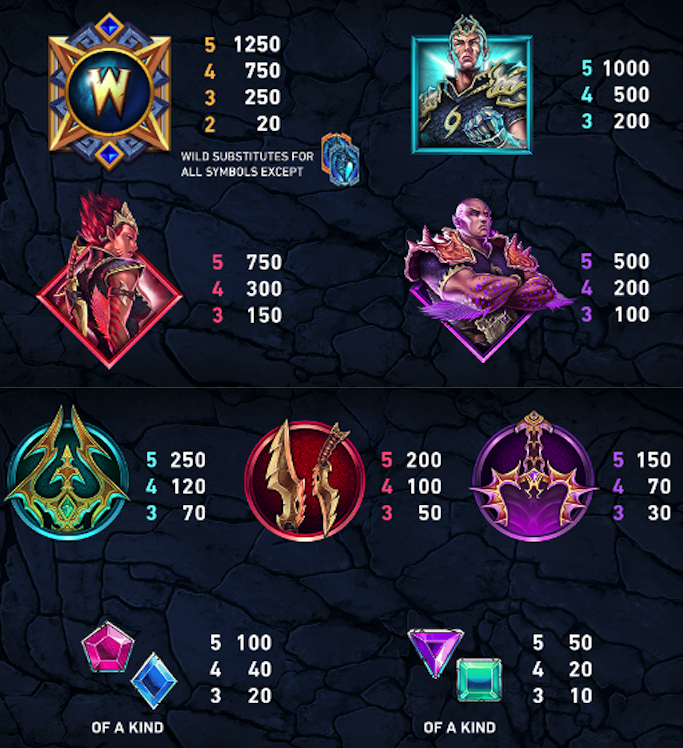 Welcome to the land of Kingdoms Rise, Playtech’s very own fantasy world where heroes, villains and strange creatures jostle for supremacy; this instalment is called Kingdoms Rise: Guardians of the Abyss and it narrates the tales of the residents of this underwater realm.

Kingdoms Rise: Guardians of the Abyss is a five reel slot with three rows and twenty five fixed paylines; all the action takes place below the ocean waves where air bubbles rise to the surface to escape the ruined buildings.

The high value symbols include the three characters from this story – Odeon, Akali and Jax along with their respective weapons; gems in pink, blue, light blue and purple represent the lower values.

The golden ‘W’ is wild and it will replace all standard symbols to help create winning matches; the shell is the scatter symbol.

Landing three of the shells anywhere in view will trigger this feature and you’ll be prompted to reveal what’s behind them – the first determines the free spins mode, the second the number of free spins and the third the respective power of those spins. The various modes are:

The land of Kingdoms Rise is a fertile area for online slots fans and Guardians of the Abyss offers plenty – three free spin modes, the innovative shop and a progressive jackpot which must be won every day.