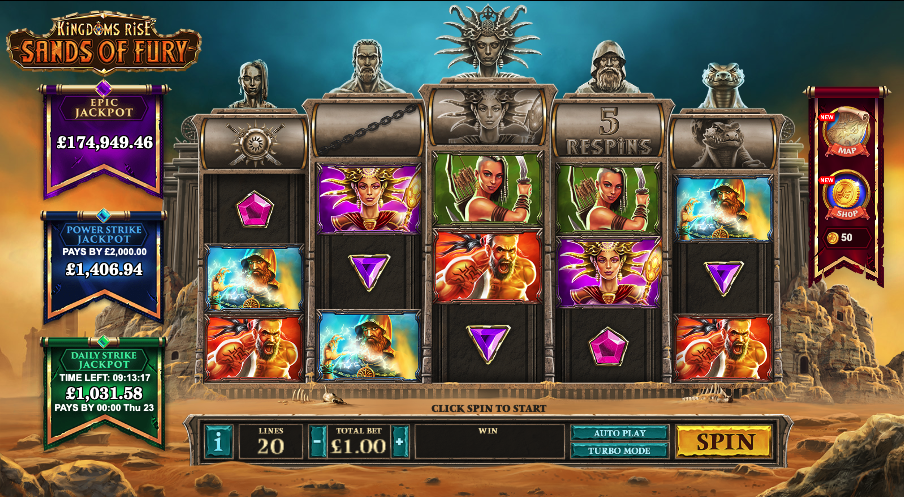 If your dream is to roam the wastes of some distant land in the service of the ruthless Queen Ishtar then you may line to try out this online slot from Playtech; it’s called Sands of Fury, it belongs to the Kingdoms Rise series of games and it offers players some clever wild features, progressive jackpots and an interesting way to buy your way into the big features.

Kingdoms Rise: Sands of Fury is a five reel slot with three rows and twenty fixed paylines; behind those stone-framed reels there’s a huge palace rising up from the baking desert and the progressive jackpot totals are shown the flags on the left hand side.

The five fearsome characters from this story represent the high value symbols while gems in pink, purple, blue and green make up the lower values.

Kingdoms Rise: Sands of Fury takes some aspects of gaming to a different level here with the addition of the shop feature but you’ll have to decide if that’s the way you like your bonuses being triggered; we think it’s a good thing and it only adds to the high quality entertainment and jackpot prizes on offer here.