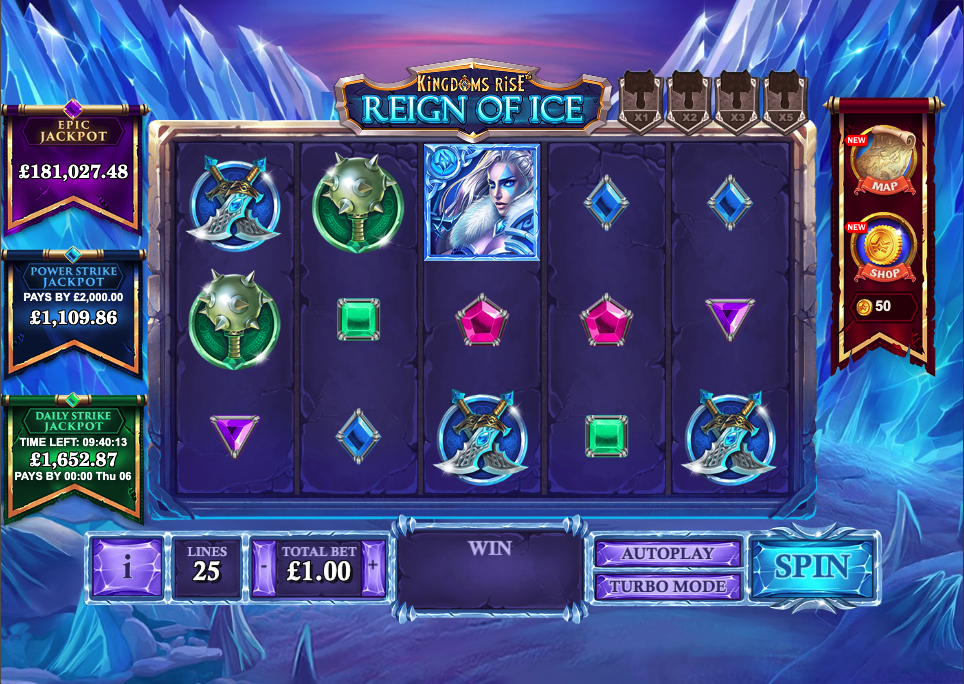 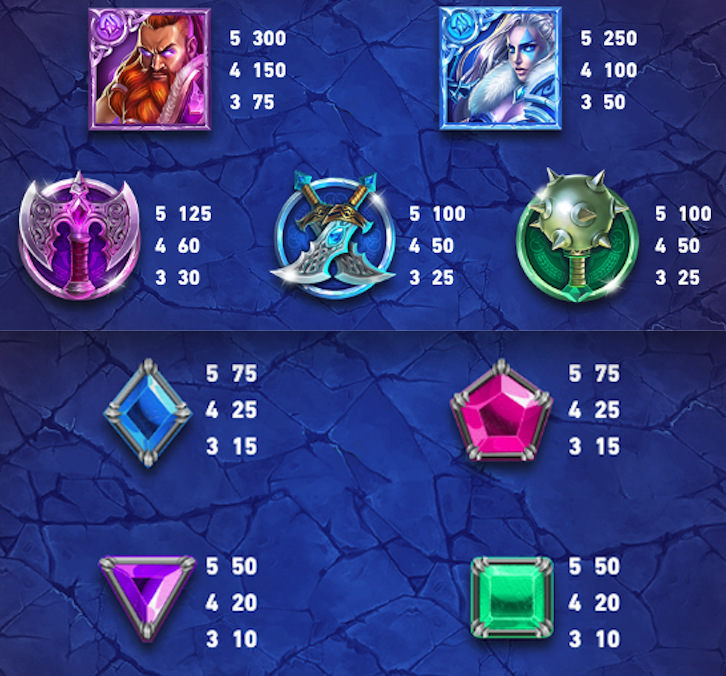 Imagine a fantasy world populated with heroic characters who are lucky enough to be the theme of various online slot machines – that world is Kingdoms Rise and this game is Reign of Ice, part of Playtech’s series set in this mystery land; it offers players collectible tokens, progressive jackpots and the Wild Hammer Respins.

Kingdoms Rise: Reign of Ice is a five reel slot with three rows and twenty five fixed paylines; those stone reels spin in front of an icy valley where spiky stalagmites rise dangerously from the frozen ground.

The high value symbols include Bryneld and Styrbjorn from this story along with a double-headed axe, crossed swords and a mace; blue, pink, purple and green gems make up the lower values.

The frozen blue wild hammer appears only on reel two but when either of the two characters land at the same time there’s a chance they will break the ice – this will move the hammer to one of the spaces above the reels, activating the win multipliers from left to right.

If at least one hammer is freed from the ice the hammer Respins are triggered and unlimited spins start with all regular wild symbols freezing in place when they land; when another hammer wild lands on reel two the round ends unless there are more hammers still in the multiplier area and at least one wild frozen in place. When all multiplier hammers are used up the round is over.

The Kingdoms Rise series of slots are all entertaining and creative and they all benefit from being connected through the token feature; the Hammer Respins are also well thought out here and can result in a prolonged bonus round if you’ve collected several icy hammers.