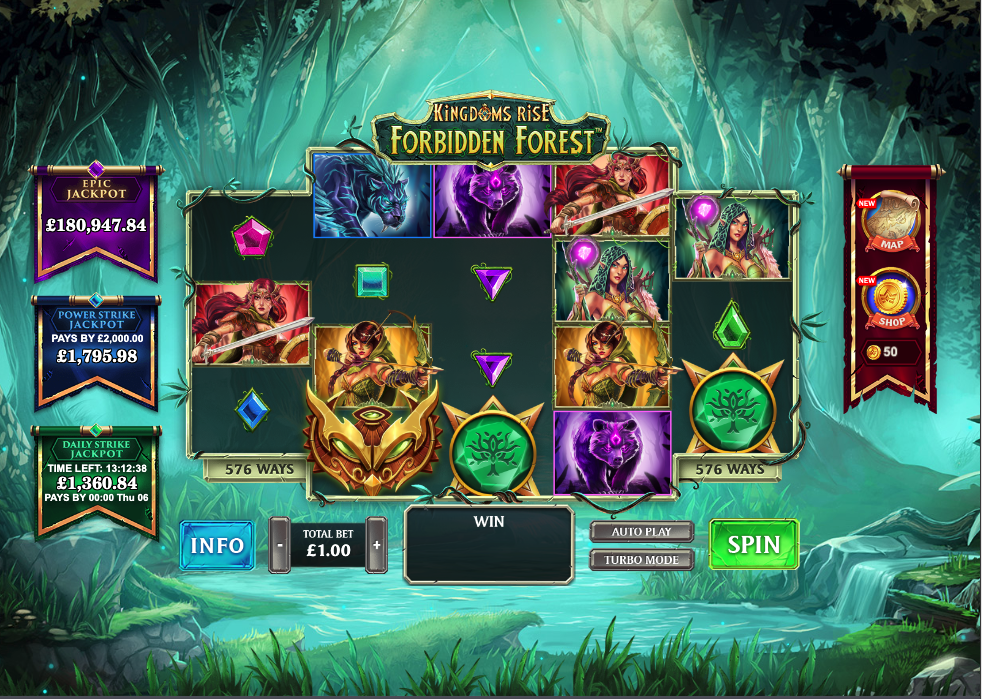 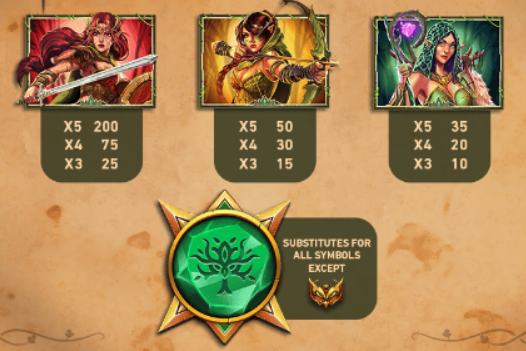 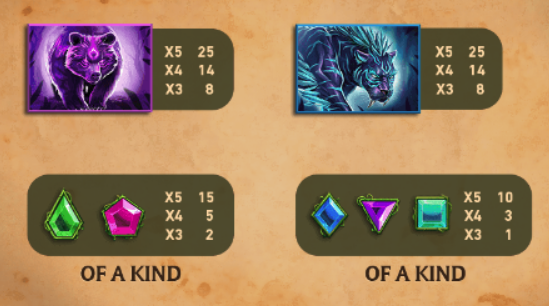 Kingdoms Rise: Forbidden Forest is a fantasy adventure which takes place in a world of Playtech’s creation – this online slot machine is linked to various others in this realm and it offers players free spins, a progressive jackpot and collectible tokens to spend on bonus features.

Kingdoms Rise: Forbidden Forest is a five reel slot with three/four rows and 576 ways to win; the creepy forest of the title forms the backdrop with its hazy blue mist and foreboding pools of water to catch the unwary. The progressive jackpot prizes are displayed on the left hand side.

The high value symbols are the three female warriors from this story – Kiera, Liana and Jayna – along with the two scary, neon creatures; gems in green, pink, blue, light blue and purple make up the lower values.

The green gem is wild and it will replace all standard symbols to help form winning combinations; the golden mask is the scatter symbol.

Landing one, two or three of the golden mask scatter symbols anywhere on reel two to four will award 2, 4 or 12 free spins respectively; during this round the masks become wild symbols which move into different positions on each spin. A white feather on reel three will award two extra spins.

Gold tokens appear overlaid on any symbol and they will be collected and added to the total on the right hand side when they turn up; players are now able to purchase bonus features from the shop. You can only pick certain features for specific slots and for this one it’s The Night Owl – selecting a different one will take you to that game.

Kingdoms Rise: Forbidden Forest is another playable addition to this series of slots based on Playtech’s fantasy world; we like the Owl Respins and as for the rest of it – if you like one of these games then you’ll like them all.