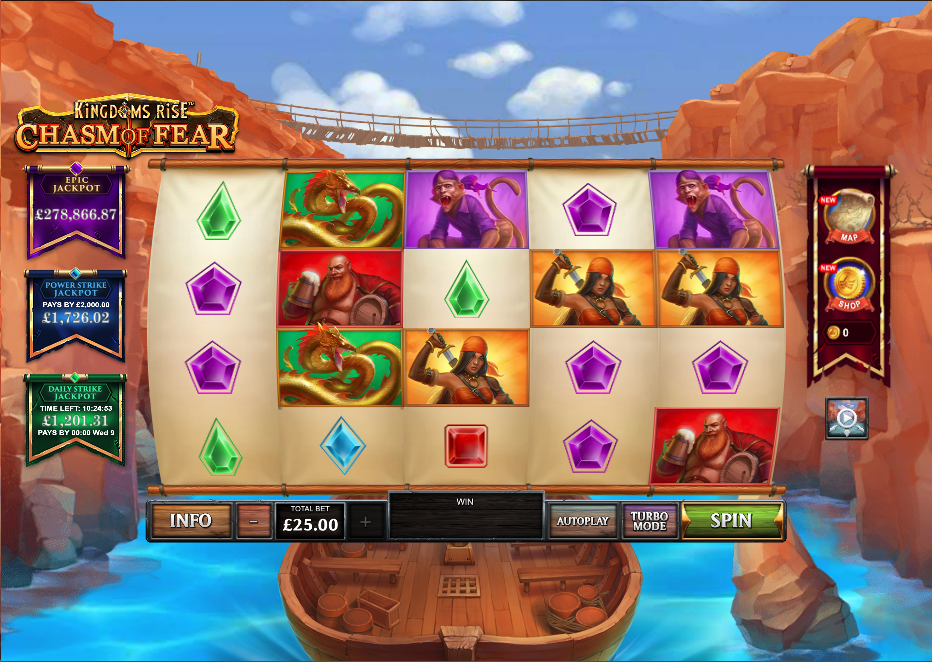 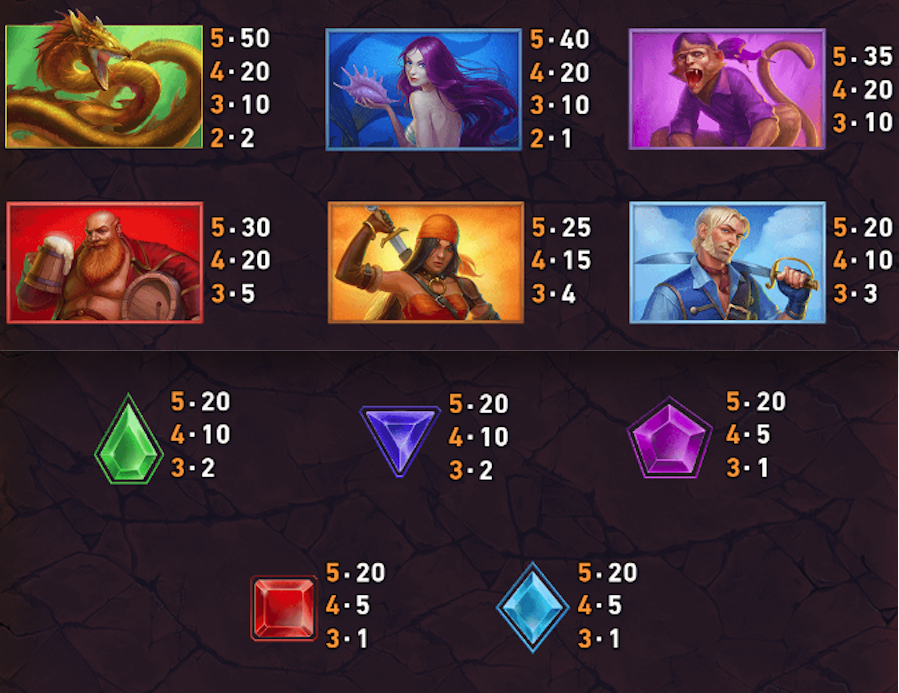 Welcome back to the land of Kingdoms Rise and this instalment comes with the title of Chasm Of Fear as we journey through a narrow channel flanked by high cliffs; this Playtech/Rarestone Gaming online slot includes this series’ progressive jackpots, multiplier wilds and free spins.

Kingdoms Rise: Chasm Of Fear is a five reel slot with four rows and 1024 ways to win in the base game; those reels spin on the the sail which is propelling the boat down this narrow gorge and you can see the progressive jackpot totals to the left and the map and shop buttons on the right hand side.

There are four different wild symbols – the treasure chests – which will all replace other symbols to help form winning combos; two of them come with a 2x or 3x win multiplier. The monster is the scatter symbol.

Respins are triggered by landing the scattered monster on the row two of reel five – you’ll now receive one free respin in which reels two, three and four gain two extra rows, increasing the number of paylines to 3456.

Chasm Of Fear extends extends and broadens the narrative of the Kingdoms Rise empire and provides is with another set of characters – humans or otherwise. The bonus features perhaps aren’t as comprehensive as some other slots in the series but that doesn’t matter when you can pick your own one from the shop.