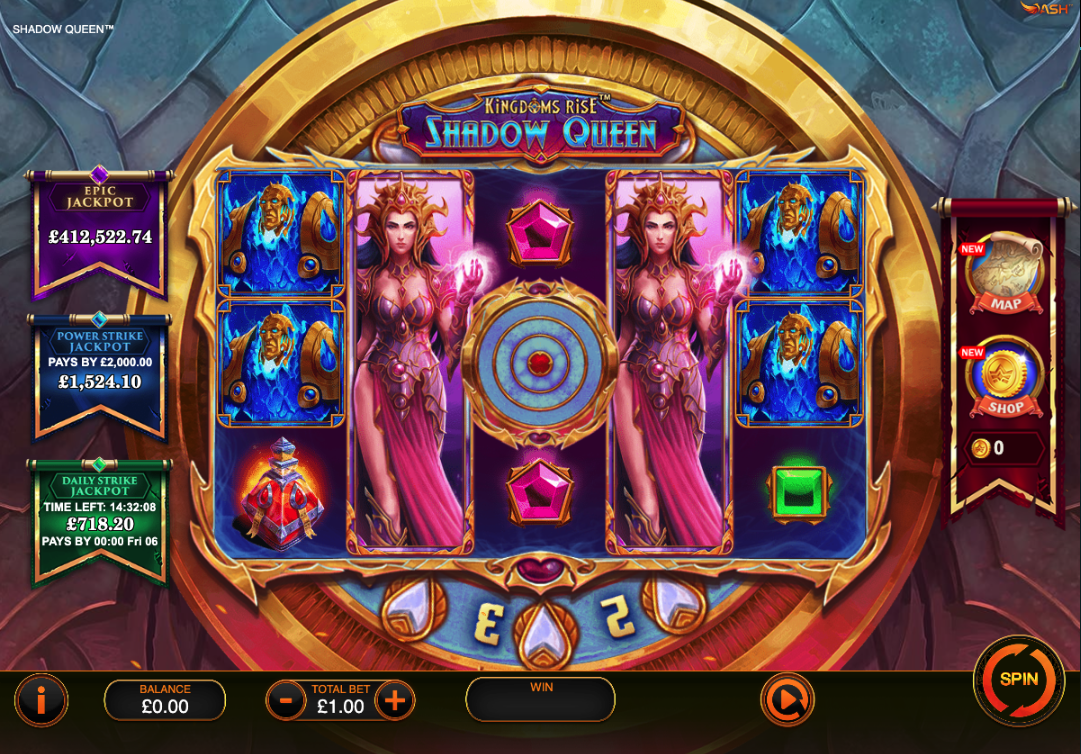 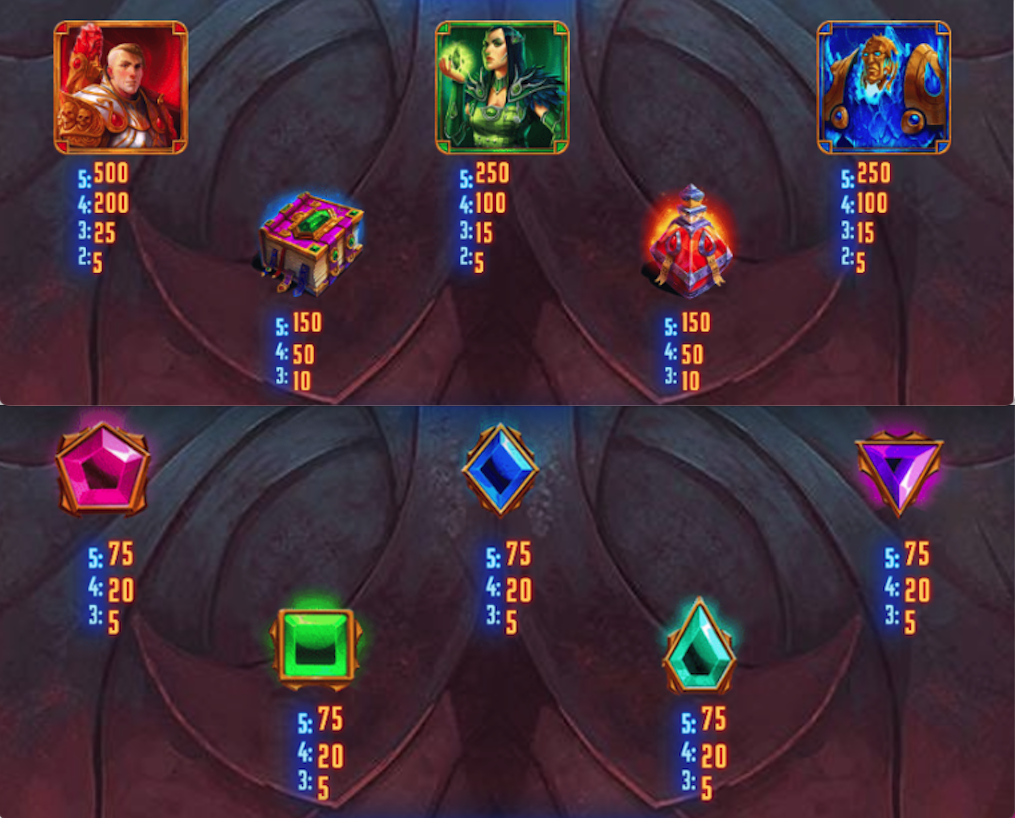 Let’s take a trip back into Kingdoms Rise, the fantasy realm created by Playtech which has spawned over a dozen online slot machines to date; this outing is called Shadow Queen and alongside three progressive jackpots and the bonus shop it offers players the chance to grab 10 Magic Wins in the main feature.

Kingdoms Rise: Shadow Queen is a five reel slot with there rows and twenty five fixed paylines; behind those reels is a huge, golden, slowly rotating wheel which is related to the big feature.

The five high value symbols include three of the characters from this story along with the red book and vial of red liquid; gems in five different colours make up the lower values. The Shadow Queen is wild and she can appear stacked on the reels while the golden circle is the scatter symbol.

The Magic Wheel is triggered by landing three of the scatter symbols on reels two, three and four; you’ll now get to spin a wheel with four concentric levels and the aim is to land on the arrows on each wheel to make it to the next one. Landing on a number will award Magic Wins:

Magic Wins are spins in which there’s a guaranteed win so the reels will spin until the correct number of wins have been awarded; each spin in this round will increase the win multiplier by 1x.