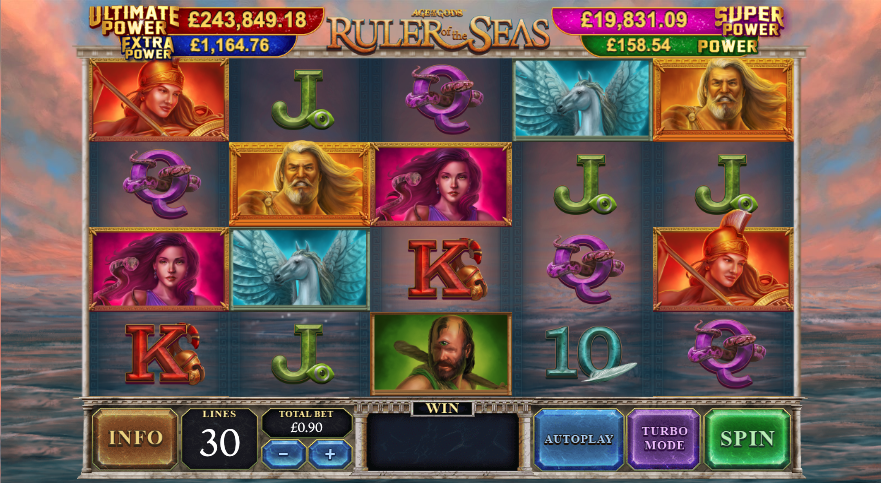 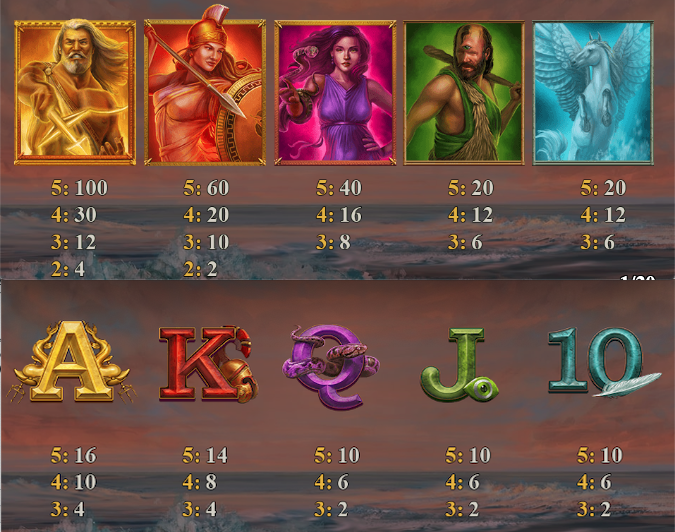 if you’re looking for an online slot themed on ancient Greek mythology then Playtech’s Age of the Gods series of games is a great place to start; Age of the Gods: Rulers of the Seas is one of that number and as well as a progressive jackpot it promises players numerous base game features and free spin modes.

Age of the Gods: Rulers of the Seas is a five reel slot with three rows and thirty fixed paylines in the base game; the surging Aegean Sea forms the backdrop to those reels which spin within delicate marble columns.

The five higher value symbols are Poseidon, Athena, Medusa, Cyclops and Pegasus while the lower values are 10, J, Q, K and A.

These can occur on any spin with two scatter symbols and to begin with an extra row and thirty extra paylines are added; those scatters are replaced by frames which may also appear over other positions and one of the following features kicks off:

Landing three trident scatter symbols anywhere in view will trigger this round and the reel height expands to eight rows and a total of ninety paylines; you’ll receive an initial five free spins but two of three more scatters during this round will award three and five more respectively.

The free spins are essentially the same as the Respins feature except there are more paylines plus each each extra scatter which lands will leave a frame behind.

Age of the Gods: Ruler of the Seas brings us bonus features which match each other except in the value of their potential wins – it’s a gameplay mechanic we like which means this slot is one our favourites from this series.