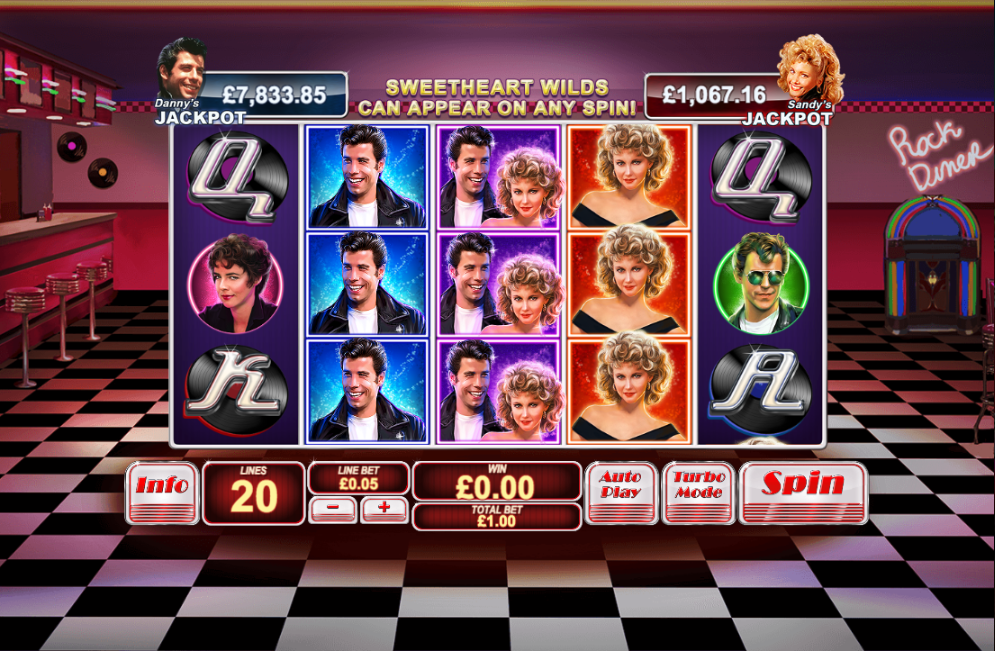 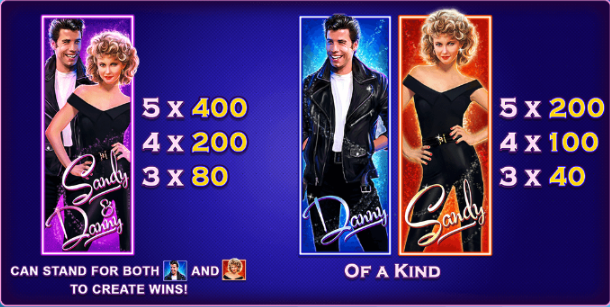 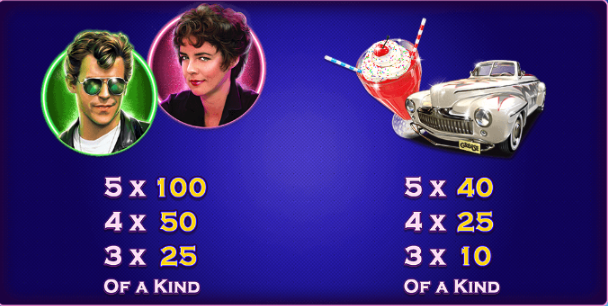 Grease could well be described as one of those films we either love or hate but there’s no doubt that this entertaining musical romp about a 1950s high school remains very popular; this online slot from Playtech takes plenty of elements from the movie and wedges them into five reels for your enjoyment…

Greases is a five reel slot with three rows and twenty fixed paylines; those 1950s-style reels float against a backdrop of the cafe where the various characters hang out when not at Rydell High.

The higher value symbols include characters from the movie such as Danny, Sandy, Betty, Kenickie along with an ice cream dessert and a car; J, Q, K and A on vinyl make up the lower values.

The wild is a big heart which will replace all others to help form winning combinations except for the golden scatter symbol.

This is triggered by landing three of the golden scatter symbols anywhere on reels one, three and five; you’ll now get to choose between one of the following features:

Danny & Sandy symbols can be one, two or three positions high or they can combine to create a double value icon (Danny/Sandy); they can also trigger two features as follows:

This is triggered randomly and adds up to eight wild symbols on that spin.

The jackpot game is awarded randomly and guarantees winning one of the two jackpot prizes shown above the reels – just click on the Grease logos until you find three matching ones. Note that the higher your stake, the better chance of triggering the jackpot game.

Grease is a slot which channels the spirit and the sound of the original movie really well and it should be very popular with not only fans of the film but also slots fans in general – it’s full of theme-related features, top notch graphics and the icing on the 1950s cake is the progressive jackpot. There’s an RTP of 95.55%.