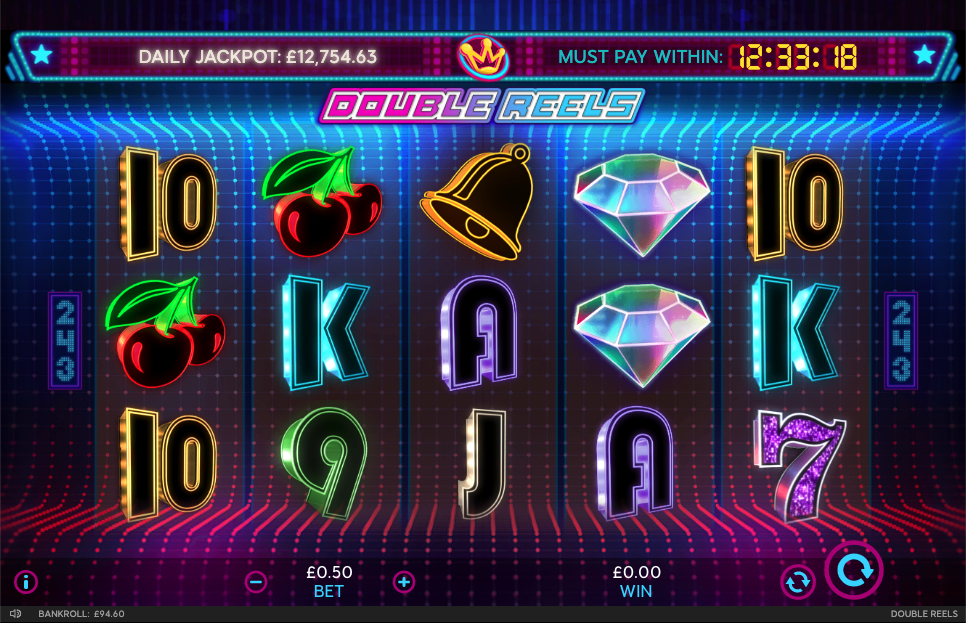 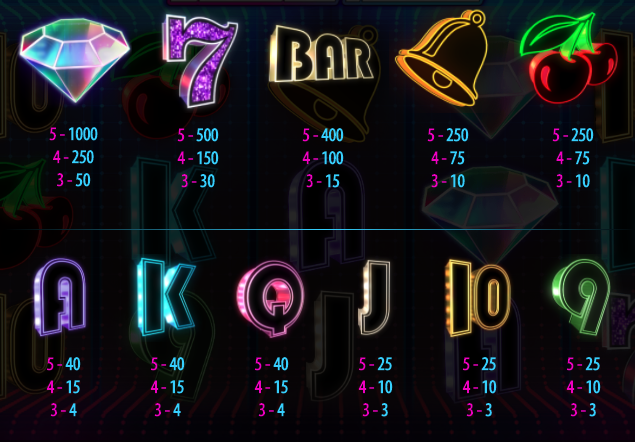 While fruit and gems in an online slot machine might seem traditional, here we have a game which combines that with the neon lights of a 1990s nightclub; this is Double Reels, a release from Random Logic/Section8 Studios with a clever gameplay mechanic and a progressive jackpot.

Double Reels is a five reel slot with three rows and two hundred and forty three ways to win – there’s no payline structure and wins can be formed as long as there are matching symbols on adjacent reels starting from the left hand side. The symbols float in a kind of neon alcove illuminated by shimmering red and blue lights.

High value symbols include the large diamond, the sparkly, purple seven, the Bar, the bell and the cherries; 9, 10, J, Q, K and A represent the lower values. The blocky, purple ‘Wild’ is wild, it appears on reels two to five and it will replace all other symbols to help form winning combinations. There are no other special symbols.

This is the thing we’re all here for and it can occurs on every spin – at least two adjacent reels will lock together and reveal the same symbols when they land. Luckier players can see three, four or even all five reels lock together for what would be a big win.

If you think you’ve seen this gameplay feature before then you’ve probably played slots such as Twin Spin from Net Entertainment which debuted this feature some time ago; nevertheless it’s done very well here also and of course there’s that daily progressive jackpot to aim for.