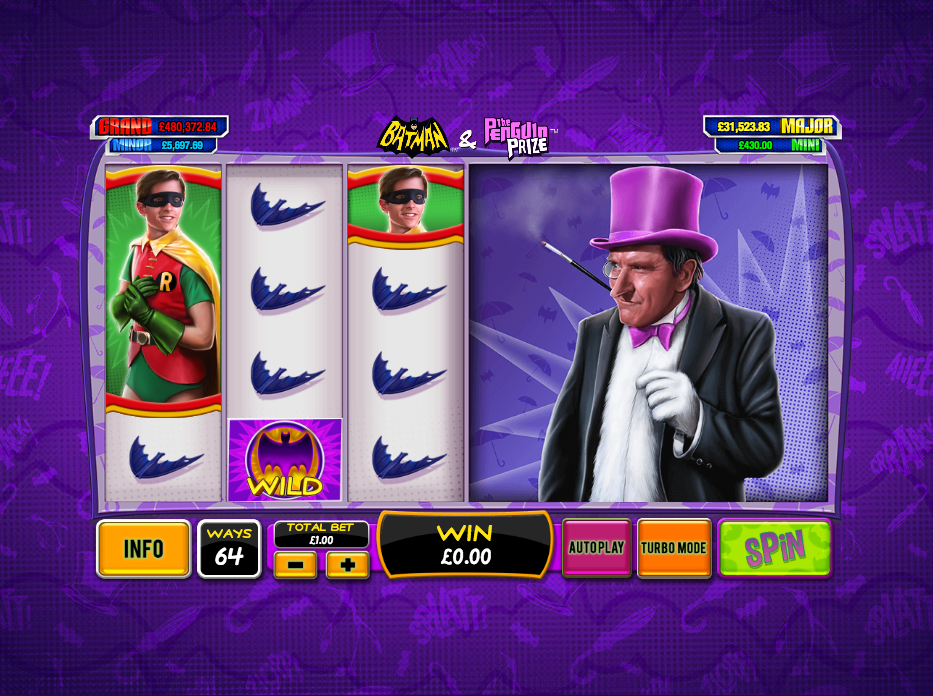 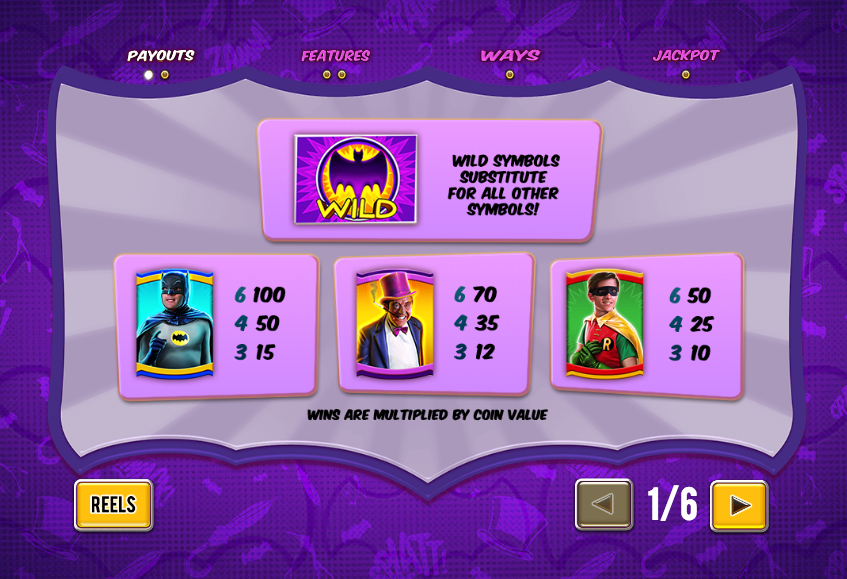 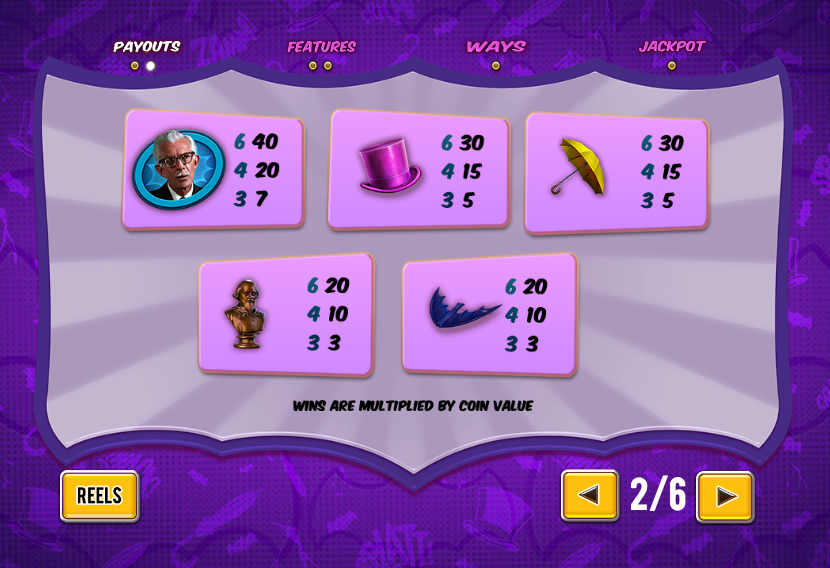 Those above a certain age will always fondly remember the Batman from the 1960s; Adam West’s rather camp creation battled with rubber sharks and amusing sound effects to keep Gotham City safe and it’s that version that this online slot machine is based on. It’s called Batman & The Penguin Prize, it’s developed by Playtech and you can read all about it below.

Batman & The Penguin Prize is a three reel slot with four rows and sixty four ways to win; the right hand side of the reel set displaying The Penguin becomes relevant during gameplay while the purple backdrop contains some of the noises from the television show – Zamm!, Splatt! and the like.

All the symbols are related to the theme and include Batman, The Penguin, Robin, Alfred, a pink top hat, a yellow umbrella, the statuette lever and the Batarang.

The wild symbol is the Bat signal and it will replace all others to help form winning combinations.

This slot is based around this feature and it’s triggered every time you land a win in the base game; The Penguin will now transform into three extra reels and award a free spin on those reels, still with 64 ways to win but more stacked symbols; a further win will award another respin using all six reels, 4096 ways to win and bigger 2×2 symbols placed there. Finally a third win will award another respin on all six reels with 4096 ways to win and the addition of 3×3 mega symbols.

After the third win (or a failure to win) you will be returned to the base game.

Batman & The Penguin Prize is a slot which is cleverly designed with an interesting central concept and a faithful adherence to the original television show. The progressive jackpot is always welcome and there’s an RTP of 96.06%.