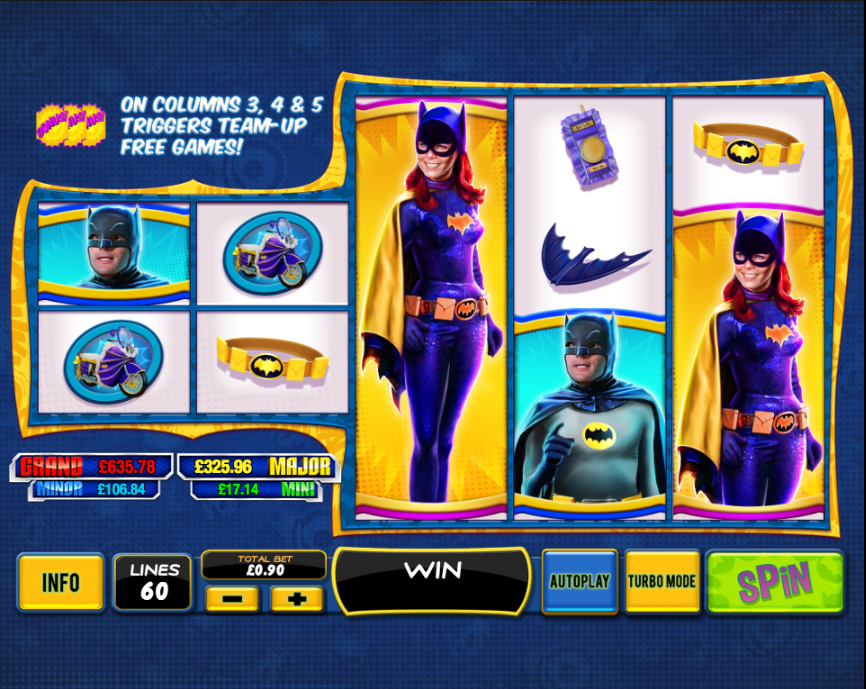 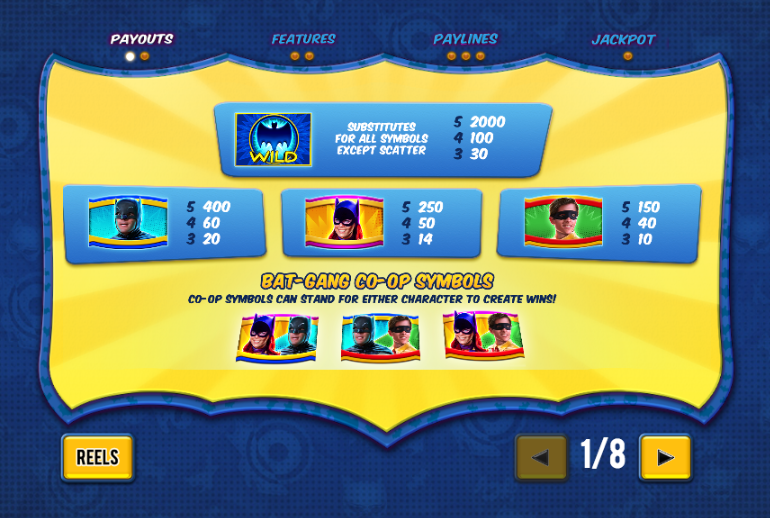 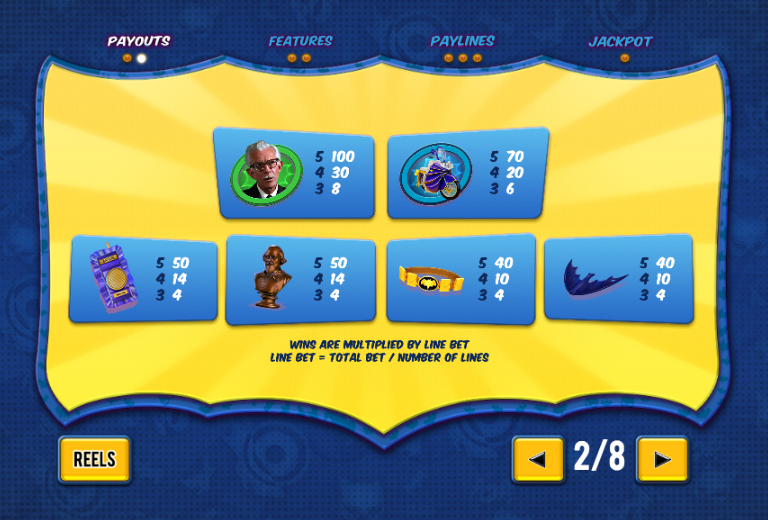 Playtech have developed a great range of online slots inspired by Adam West’s 1960s version of Batman and here we have one more for your perusal; this one’s called Batman & The Batgirl Bonanza, it comes with an unusual reel configuration and the DC Super Heroes progressive jackpot.

Batman & The Batgirl Bonanza is a five reel slot with variable rows and sixty fixed paylines; the first two reels are necessarily smaller and are connected with one of the bonus features.

All the symbols are related to the theme and include Batman, Batgirl, Robin, Alfred the butler, the Batbike, a radio, the statuette lever, a yellow Bat bracelet and a Batarang.

There are also three co-op symbols, each of which contain two of three superheroes and these count as either character.

The Bat signal is wild and will replace all others to form winning combinations except for the pink ‘Bonus’ scatter icon.

This is triggered by landing matching symbols on the reels one and two and this can include the wild and the co-op icons; you will now receive five free spins with those four matching symbols locked in place. 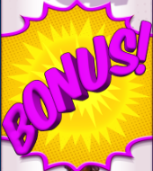 This is triggered by landing three of the pink bonus symbols anywhere on reels three, four and five; initially you will now get to play a picking game in which you must select cards until the respective Batman, Batgirl or Robin meters at the top are filled up. Batman will earn you 25 spins, Batgirl 17 and Robin 12.

When the spins start all symbols in the first two reels will consist of large, 2×2 icons to increase the potential for bigger wins.

Batman & The Batgirl Bonanza is an enjoyable addition to this range of Batman-themed slots and well worth checking out; it’s perhaps not our favourite of the range but the standard is still very high. This game comes with an RTP of 96.00%.