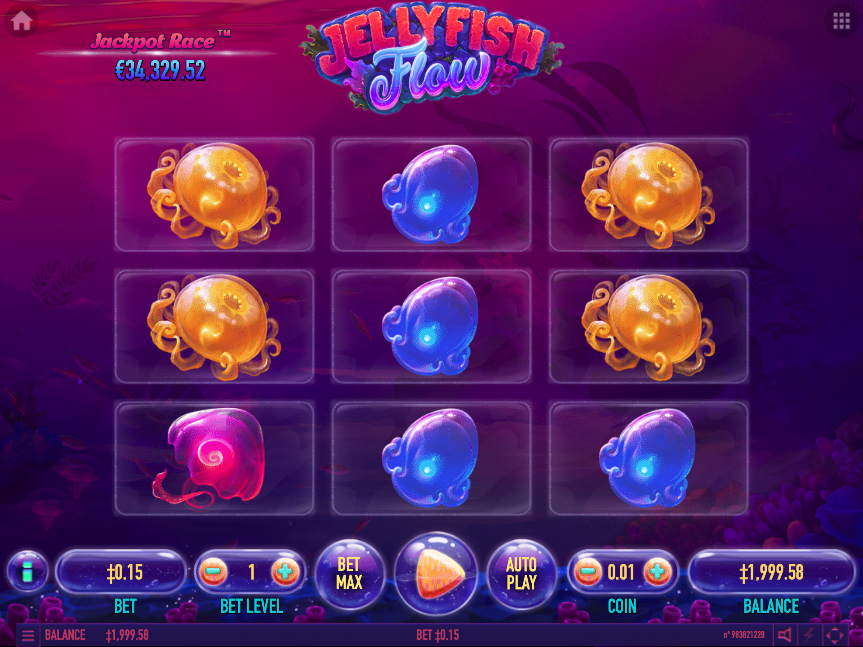 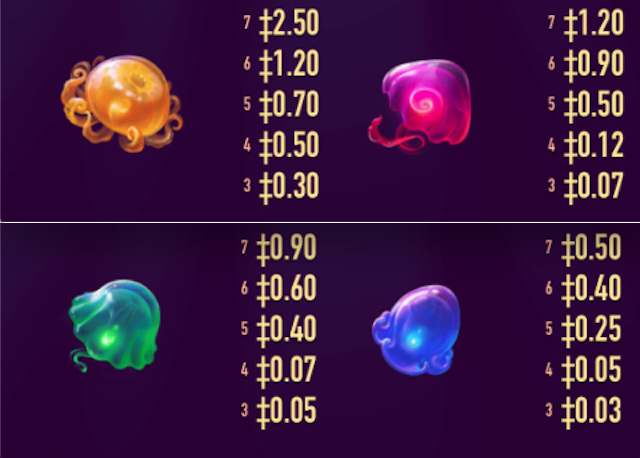 There’s a world of colourful, translucent creatures beneath the ocean waves and they’re the theme of this attractive online slot from Habanero Systems; it’s called Jellyfish Flow and it comes with a wild feature which can increase the number of paylines to more than 800,000.

Jellyfish Flow is a three reel slot with three rows and a starting position of twenty seven paylines; the symbols spin upwards in this game and they do so against an underwater world in which the flora and fauna sway and swim against the hazy red currents.

There are just four standard symbols in this game and unsurprisingly they are jellyfish – orange, pink, green and blue ones; the larger, pinkish jellyfish is the wild which will substitute for all other symbols to help form winning combinations. It’s also the key to the sole feature explained below.

Every time a wild symbol lands on the reels this feature will kick in and an extra position on a row or reel will be added to the set, increasing the paylines accordingly up to a maximum of 823,543. The wild symbol will then move up one position until there is nowhere else for it to go at which point it leaves the reel set which returns to 3×3. Note that only single positions are added during this feature so you can end up with a screen which looks like the one below, meaning that the wild symbol can end its journey (and the feature) before it hits the top of the reel set.

Jellyfish Flow comes with Habanero’s Jackpot Race progressive jackpot which involves waiting for the countdown to end, the ‘race’ to begin and then placing a bet as close as possible to the jackpot ‘trigger’.

Jellyfish Flow works because of the stunning visuals and clever wild feature – it looks (and sounds) very impressive, it comes with a nice high RTP of 96.76% so just set the Autoplay, sit back and watch the fishy action.