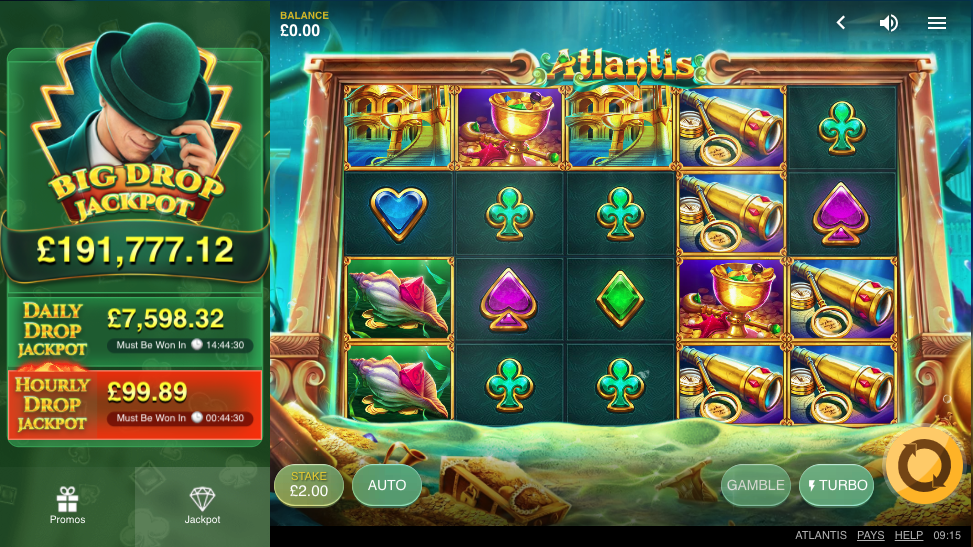 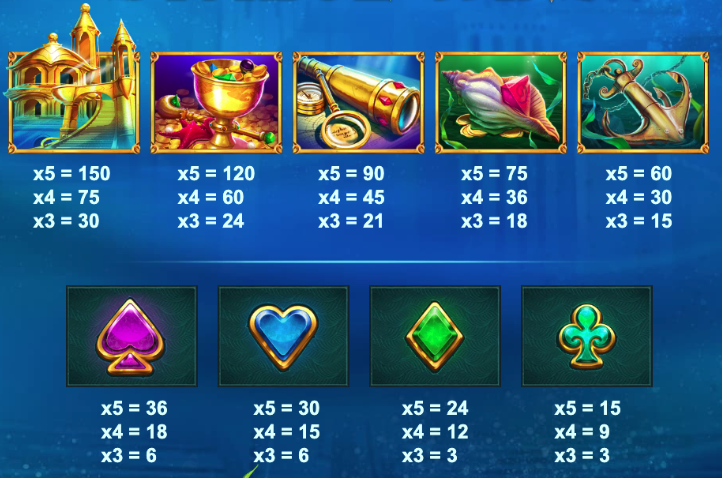 The fabled sunken city of Atlantis exists in the minds of those with the most fertile imaginations but it also makes a great theme for an online slot machine such as this one from Red Tiger Gaming; it’s called Atlantis and it promises players free spins, a treasure chest full of wild symbols and a progressive jackpot.

Atlantis is a five reel slot with four rows and thirty fixed paylines; spin those reels and behind them you’ll see huge buildings emerge through the subterranean haze while treasure litters the seabed in the foreground.

The five high value symbols include the golden palace, the gold cup, the telescope, the shell and the anchor; playing card symbols in purple, blue, green and light blue represent the lower values. The bonus icon is the Gold Spins symbol.

Any symbols in a winning combo will disappear and be replaced by more falling in from above; more wins can now be formed and the process can continue.

The treasure chest symbol can appear anywhere on the reels and on the following spin it will drop to the bottom of its reel and transform into a wild which will stretch to the top; in addition it will award a multiplier of up to 5x for any wins created.

This is the free spins round and it’s triggered by landing at three, four or five of the Gold Spins bonus symbols anywhere in view for which the reward is 10, 13 or 16 free spins respectively. +Spin symbols replace the Gold Spins for this round and award up to 8 extra spins when they land. The Treasure Chest Wilds are also active and their multiplier values stay active and accumulate until the end of the round.

Atlantis is a pleasurable journey beneath the ocean waves and while the free spins are very welcome, we particularly like the Treasure Chest wild feature; chuck in a progressive jackpot and what’s not to like? Except for a slightly low RTP of 93.73%