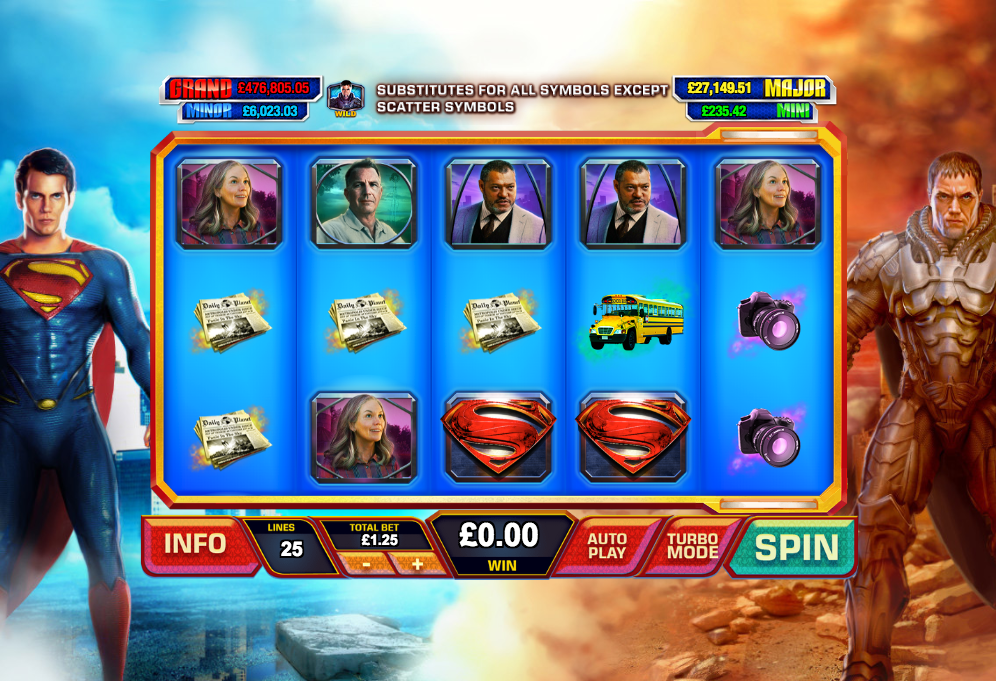 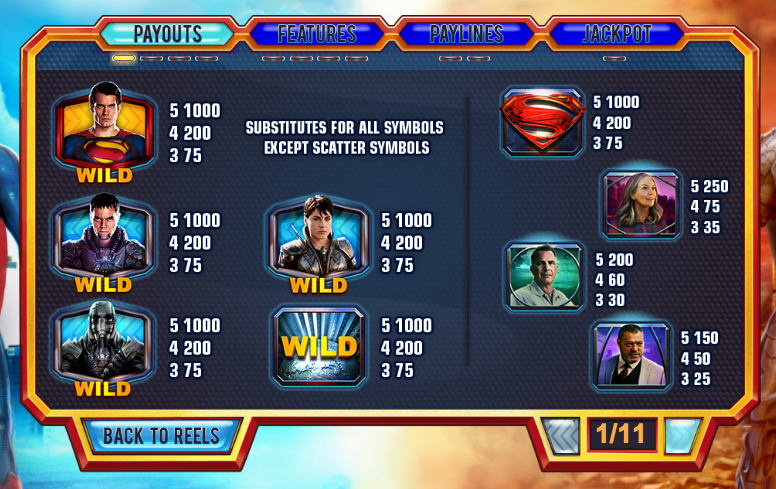 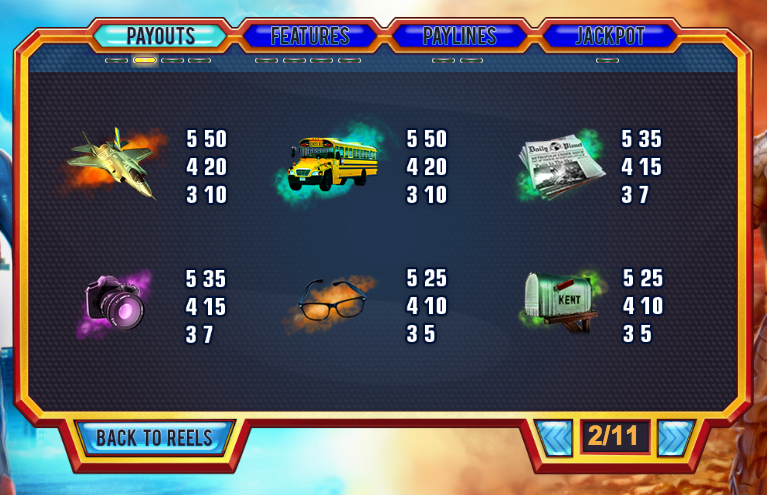 Based on the 2013 movie reboot of the Superman story, Man of Steel is a high quality online slot with a number of bonus features and the chance to win a progressive jackpot; it’s developed by Playtech as part of their DC Comics series and you can find out how to play it right here.

Man of Steel is a five reel slot with three rows and twenty five fixed paylines; those metallic reels are framed on one side by Henry Cavill’s Superman and on the other by Michael Shannon’s General Zod.

All the symbols are related to the theme and include the Superman logo, Clark Kent’s mum and dad, Colonel Hardy, a fighter jet, a school bus, the Daily Planet, a camera, a pair of specs and the Kent’s mailbox.

There are two wild symbols in the base game – Superman and General Zod – and they will replace all others to form winning combos except for the Krypton and World Engine scatter icons.

Whenever the Superman and General Zod wild symbols land on the reels they remain there and move one position per spin to the left (Zod) or right (Superman). When they end up on the same row they trigger Battle For Earth Free Spins.

Triggered as described above, you will receive unlimited free spins on a set of reels which now include two extra wilds – Zod’s two cronies. These wilds also shift along the reels and whenever they end up on the same row as Superman there’ll be a battle which will create more more wilds and hopefully bigger wins. The round is over when Superman is defeated.

This is triggered when the Krypton bonus symbol lands on reel five; you will now receive seven free spins on a set of reels with 50 paylines and a new range of alien-inspired symbols. The Jor-El wild symbol will freeze in place whenever it lands and more spins can be retriggered if the bonus icon lands on reel five again.

Land the World Engine scatter symbol on reel five and you’ll trigger an explosion which will add up to seven extra wilds onto the reels.

Man of Steel is a very enjoyable slot with plenty of regularly-triggered features and some high quality graphics and animations. Of course it also comes with the carrot of the DC progressive jackpot so it’s well worth a go; it comes with an RTP of 95.05%.