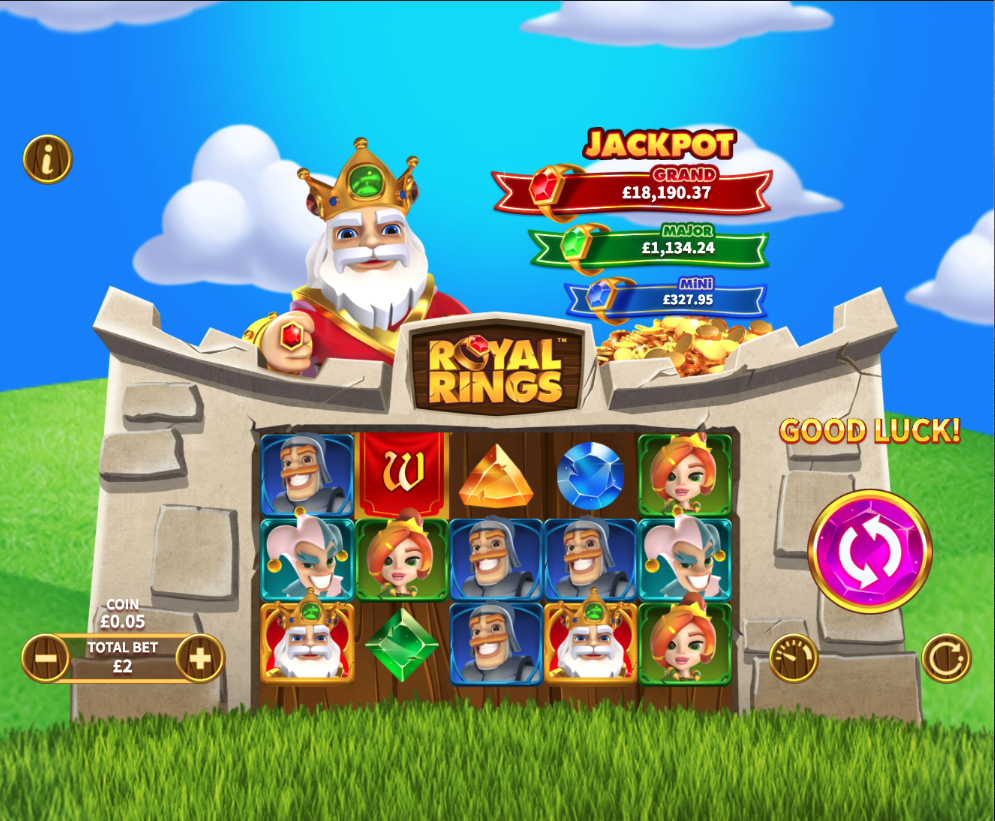 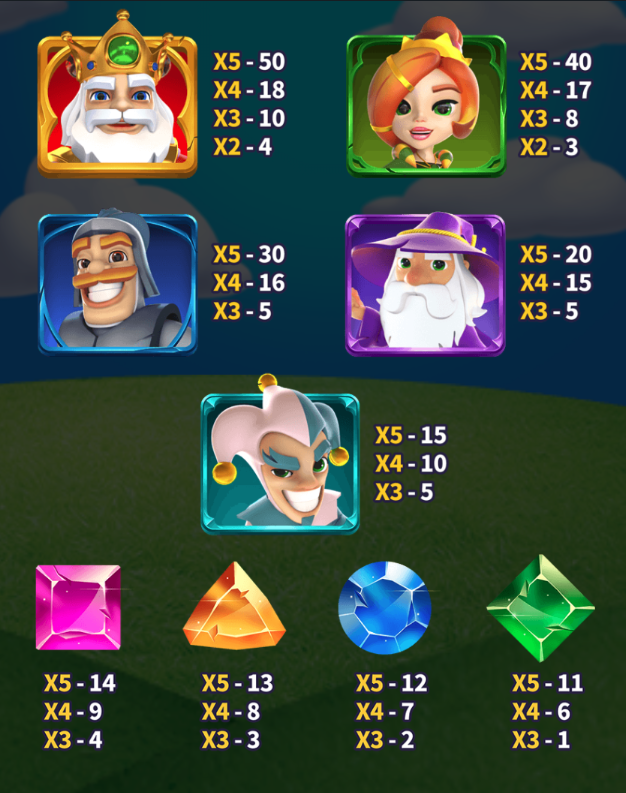 A cartoon-style adventure in a medieval land awaits those who’d like to try out this online slot machine from Skywind – it’s called Royal Rings and from £0.40 per spin it tempts players with free spins, two base game mini-features and three progressive jackpots.

Royal Rings is a five reel slot with three rows and forty fixed paylines; the symbols spin on the wooden entrance to the block, stone castle above which the king guards his pile of gold coins.

High value symbols include the king, the queen, the prince, the magician and the joker; gems in pink, orange, blue and green represent the lower values. The gold-on-red flag is wild and the golden crown is the scatter symbols.

These two mini-features can be randomly activated on any spin:

Landing the crown scatter symbol in all positions on reels two, three and four will trigger this feature and you’ll receive eight free spins which can’t be retriggered. First though select one of those crowns and the revealed symbol will land more stacks when the round starts.

This can be won on any spin and the jackpot game will be activated at random; select from the sixteen treasure chests shown until you find three matching rings which correspond to either the Grand, Major or Mini jackpots.

Royal Rings is crisp, colourful and entertaining to play with it’s cast of regal characters and amusing animations; what’s not to like about two base game features, free spins and three progressive jackpots? Good luck!