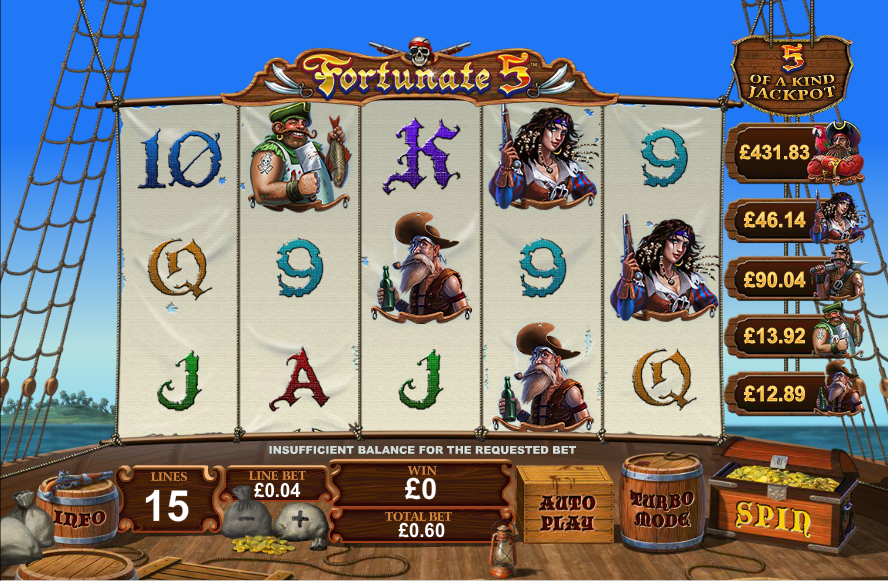 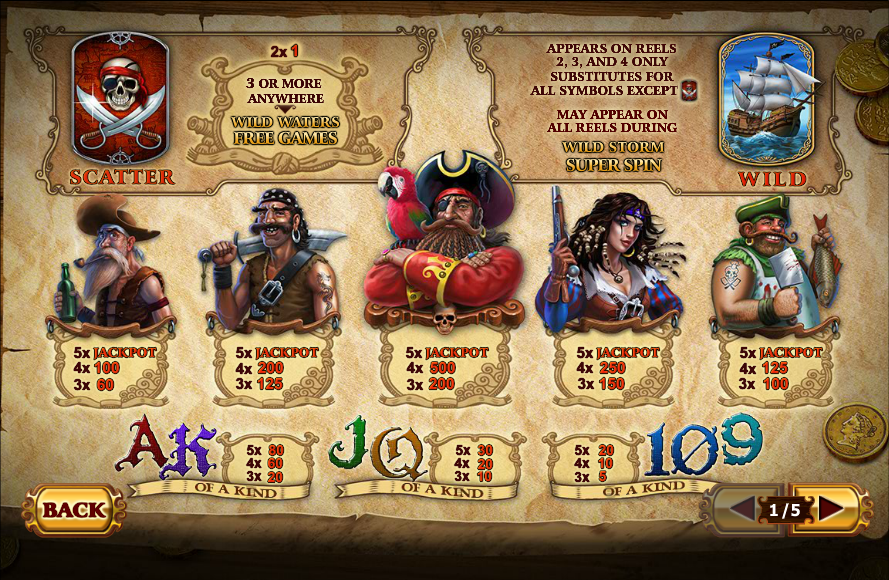 We’ve said it before and we’ll say it again – nothing was ever diminished by the presence of pirates, unless perhaps you were a17th century seafaring merchant. So it’s good to see another pirate-themed online slot and this one’s from Playtech; it’s called Fortunate 5 and along with a free spins round it contains five different progressive jackpots – read all about it below.

Fortunate 5 is a five reel slot with three rows and fifteen fixed paylines; all the action takes place on a pirate ship called The Golden Wench with blue skies and tropical islands in the background.

There are five main character symbols, each linked to one of the progressive jackpots and their names are Peg Leg Davis, Mad Dog McDougall, Captain Redbeard, Starboard Mary and Monsieur Poisson. Lower values are the usual 9, 10, J, Q, K and A.

The Golden Wench is the wild symbol and it appears only on reels two, three and four, substituting for all others except the red skull and crossbones scatter.

The free spins are triggered by landing three or more of the skull and crossbones symbols anywhere in view and initially you receive an unlimited number of spins.

The idea of this round is to collect five of the wild symbols which will trigger the Wild Storm Super Spin. This is your last spin but those five wilds will be placed on the reels, hopefully resulting in a big win.

More free spins cannot be re-triggered during this round.

The five characters named above are the key to the five jackpots and all you have to do is land five matching pirates on an active payline to win that particular amount.

If you manage to land four matching characters on reels one to four you’ll trigger the 2nd Chance Re-Spin which will spin reel five once more to try and land that missing character.

Pirates are always a winner as far as we’re concerned and there’s plenty of pillaging fun to be had here with the enhanced free spins and the various progressive jackpots. There’s an RTP of 95.51%.