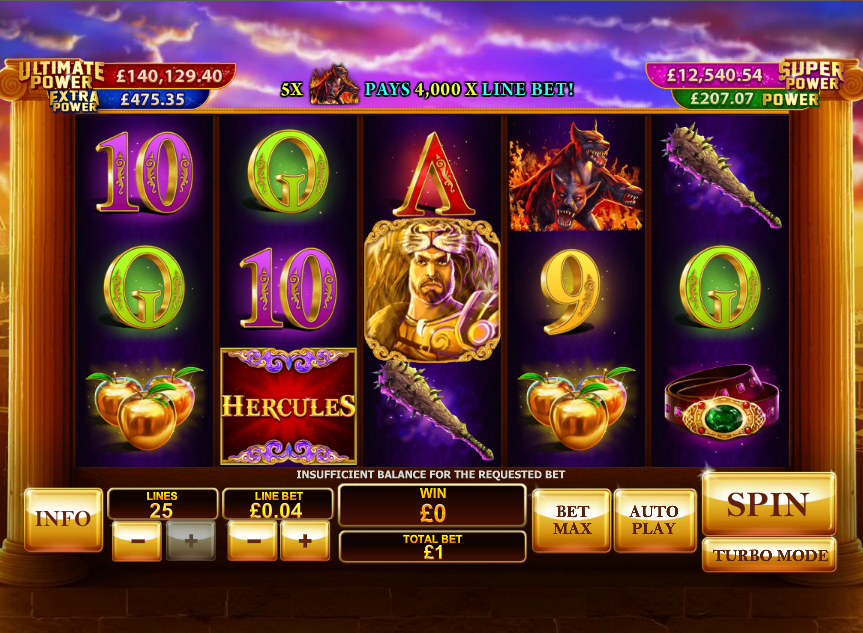 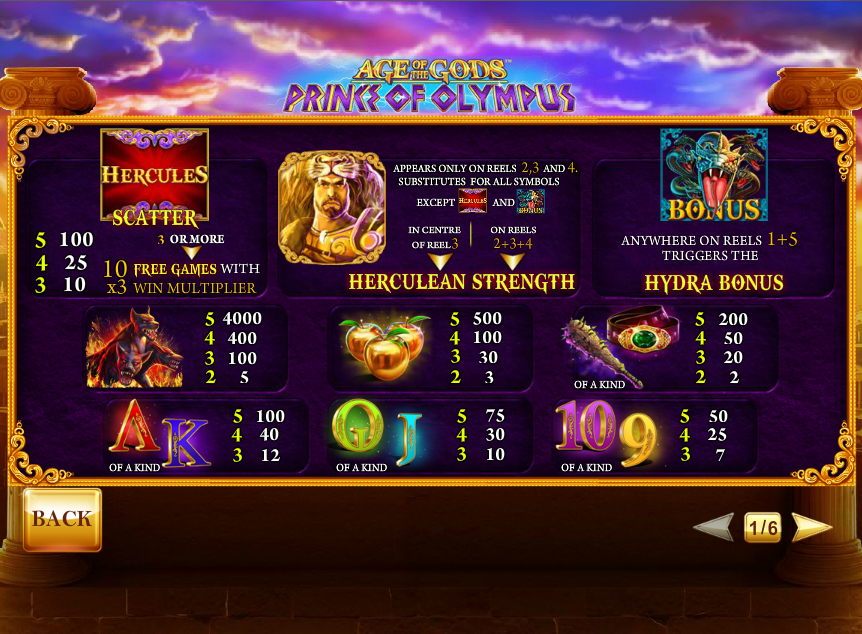 Age of the Gods: Prince of Olympus is a five reel slot with three rows and up to twenty five paylines; the reels spin between sunlit stone columns against a backdrop of a purple, cloud-studded sky.

Theme-related symbols include Cerberus (the three-headed dog), golden fruit, a spiked club and a green jewel; lower values are represented by 9, 10, J, Q, K and A.

Hercules is the wild symbol, he appears only on reels two, three and four and he will substitute for all others except the Hercules scatter and the Hydra bonus icon.

This is triggered by landing the Hydra anywhere on reels one and five; you will now be taken to a screen showing Hercules about to battle the many-headed Hydra. Pick three heads at which to fire arrows for cash prizes and then a fourth to determine a multiplier for that total. You may be lucky enough to experience the Hercules Rage feature which will randomly explode all the heads.

Trigger this by landing three or more of the Hercules scatter symbols anywhere in view; you will now receive ten free spins which can be retriggered during this round by landing three more scatters. All wins are tripled for the free spins and the Herculean Strength feature can be activated from here (but not the Hydra Bonus).

There are two different versions of this bonus feature:

Prince of Olympus is perhaps our favourite of what is a very playable crop of god-themed online slots; the various bonus features seem quite easy to trigger and there’s an RTP of 93.83% – 94.82%.