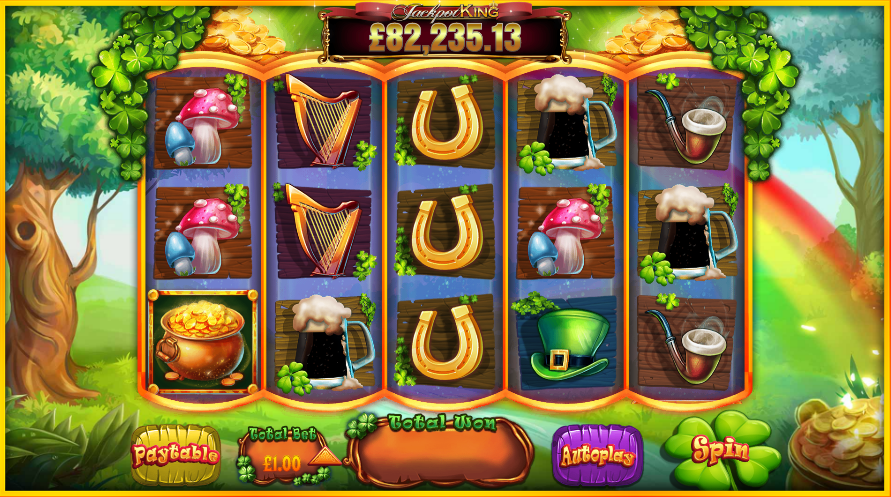 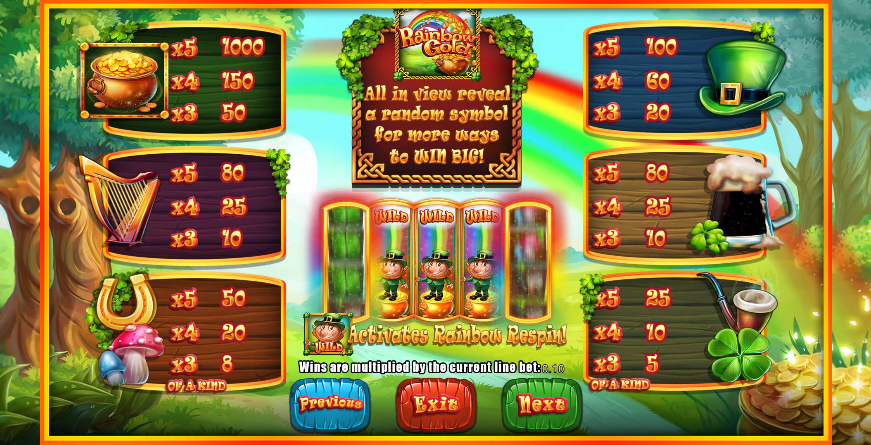 It’s always a sunny day in Ireland and the skies are always clear – at least that’s what the world is like according to online slots developers and Blueprint Gaming are no exception. Their latest Irish-themed releases is called Slots O’ Gold and it’s a cheerful trip to the Emerald Isle along with the chance to win a progressive jackpot.

Slots O’ Gold is a five reel slot with three rows and ten fixed paylines; those reels are gold framed and spin against a familiar sunny background of trees, meadows and of course a rainbow.

There are lots of theme-related symbols including a pot of gold, a harp, a horseshoe, mushrooms, a leprechaun’s hat, a pint of Guinness, a pipe and a four leaf clover. Wins can be formed from right to left as well as left to right.

The leprechaun is the wild symbol, it appears only on reels two, three and four and it will substitute for all others to help create a winning combination.

This is triggered whenever the leprechaun wild symbol appears on reels two, three or four; the entire reel will become wild and you will be awarded one respin with that reel frozen. If another wild lands that reel will also be frozen for another free respin and in this manner it’s possible to have reels two, three and four frozen for one final spin.

Slots O’ Gold is certainly one of the better Irish-themed slots and we like the respin feature and of course the progressive jackpot. The downside is a slightly low RTP of 92.48%.