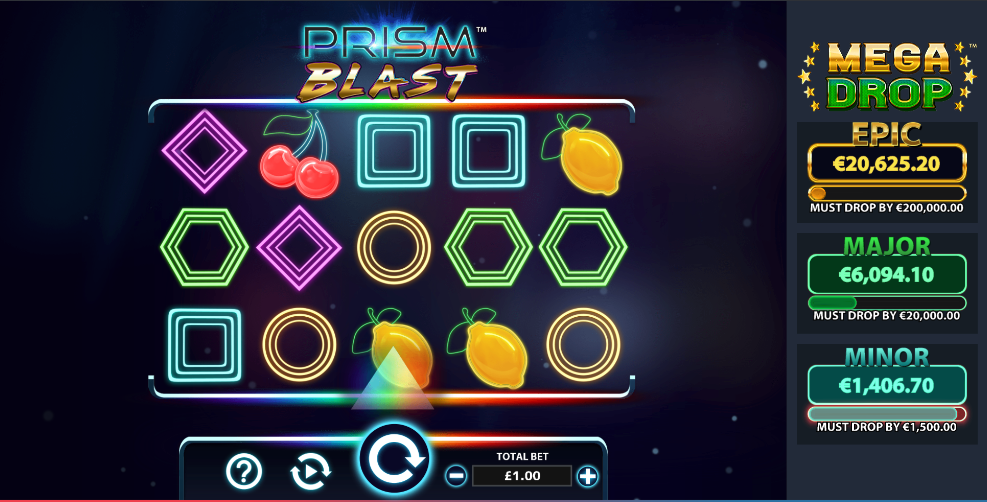 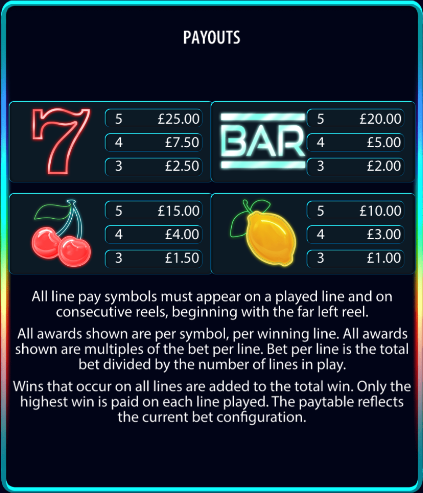 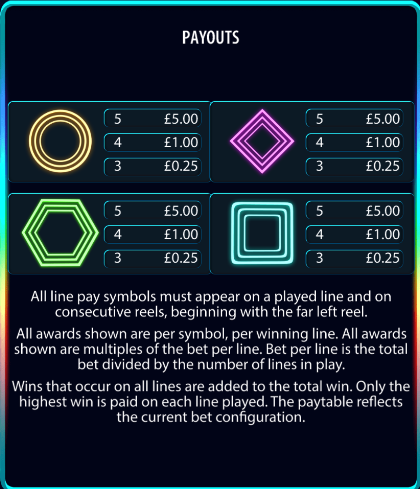 Prism Blast is a five reel slot with three rows and twenty fixed paylines; there’s a futuristic soundtrack which reminds us of retro video game music and that’s always a good thing. The gameplay itself is all about the neon fruity symbols which spin against a dark backdrop while the progressive jackpot totals tempt us from the right hand side.

The high symbols are fairly familiar and include red sevens, bars, cherries and lemons; geometric shapes in yellow, purple, green and blue represent the lower values.

The wild symbol is a multicolour, neon ‘W’ which will substitute for all others to help form winning combinations; there are no other special symbols in Prism Blast.

This is the only extra feature and it’s triggered at random during gameplay – the prism below the reels will activate and fire up to fifteen wild symbols towards the reels. If any of those wilds stick to the reels they will lock in place and you’ll receive a free respin which will hopefully result in a win. The more wilds which end up on the reels, the more chance there is of a bigger win.

The big prizes to the right of the reels are won at random but you can increase your chances of triggering them by increasing your stake.

Prism Blast is a fairly simple game enhanced by the atmosphere created by the graphics, animations and music; the rotating prism below the reels draws the eye as you wait for it to explode in a shower of lucrative wild symbols. The progressive jackpot is the icing on the cake.