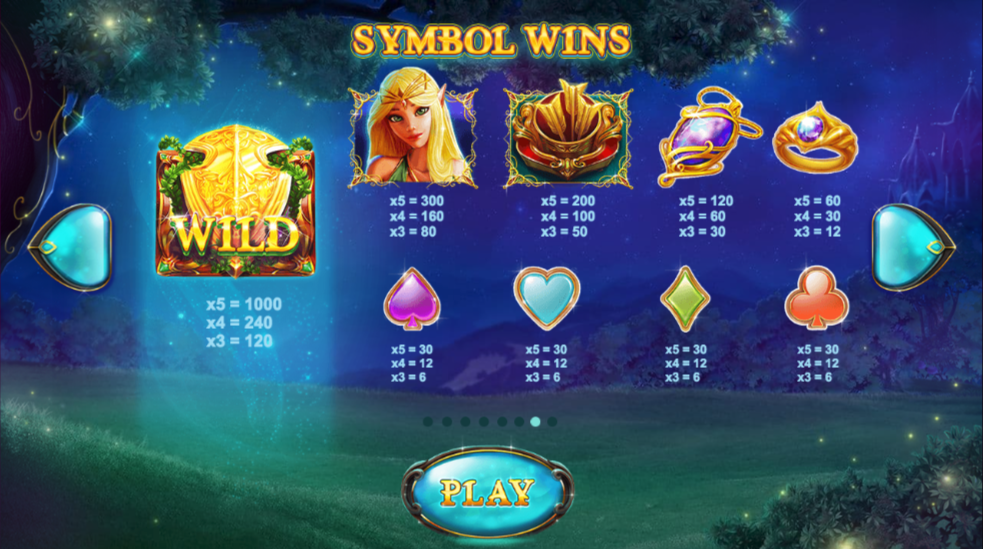 Creatures from the realms of fantasy are a common theme of online slot machines and Elven Magic is one more game which involves our mysterious friends; it’s developed by Red Tiger Gaming and it comes with lots of base game features and a progressive jackpot.

Elven Magic is a five reel slot with three rows and thirty fixed paylines; there’s a woodland location for the reel-spinning action with decorative branches twisted around the symbols and a delicate soundtrack to accompany your gameplay.

The high value symbols include the blonde elf, a gold ring, a jewelled brooch and some golden arrows; playing card symbols in purple, blue, green and red represent the lower values.

The golden shield is wild and it will substitute for all others to help form winning combos except for the archers target scatter symbol.

This is triggered by landing at least three of the target scatter symbols anywhere in view; pick one of the three quivers available and then shoot the arrows towards the target to earn you multiplier values up to 500x.

These features are triggered randomly in the base game and an elf will shoot arrows towards the reels with the following effects :

If you’re a fan of Red Tiger slots then Elven Magic should be right up your street with its progressive jackpot, numerous reel modifiers and archery-themed feature; it also comes with an RTP of 96.27%.