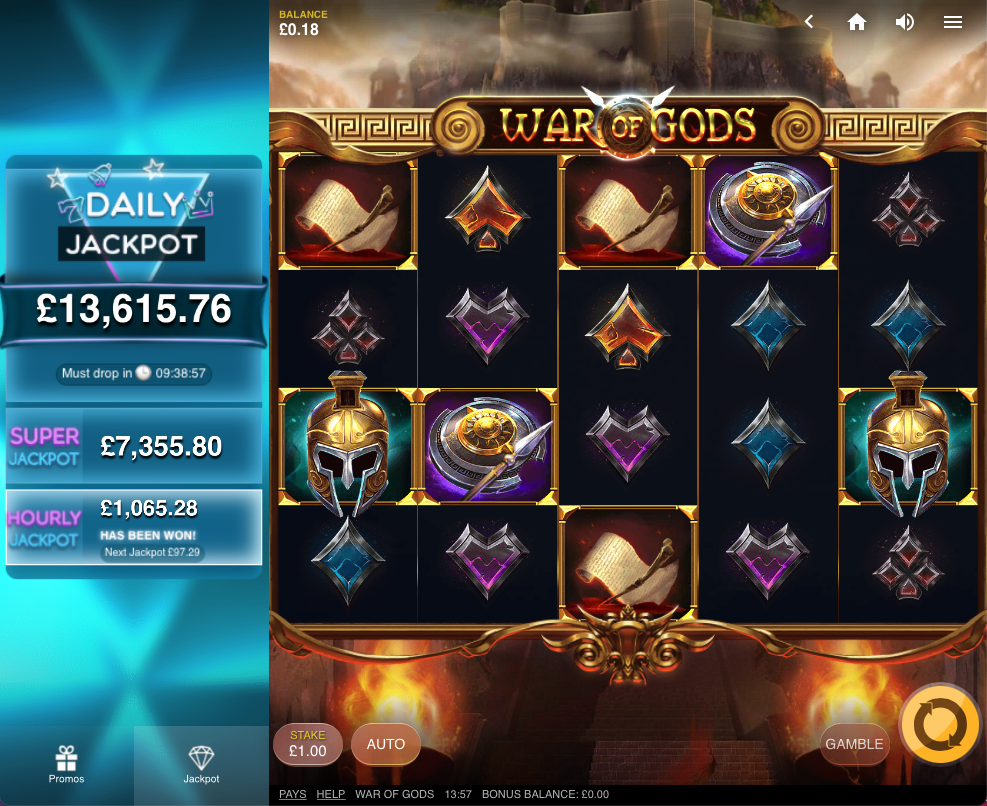 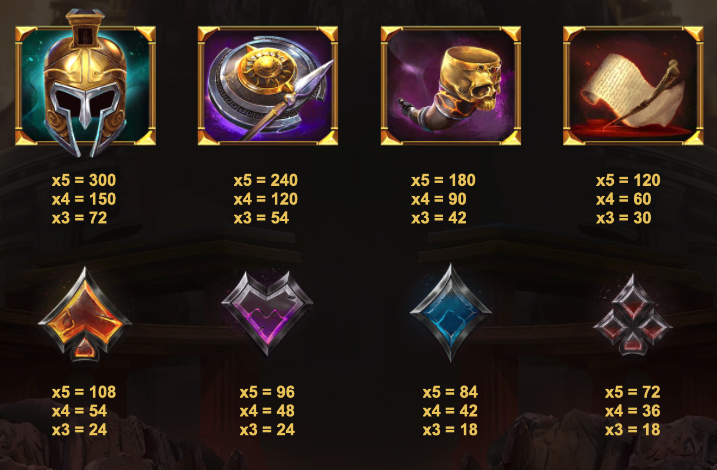 Squabbling Greek deities are the inspiration behind this online slot from Red Tiger Gaming which pits them against each other in an infinite battle; it’s called War Of Gods and from £0.20 per spin it tempts players with god-themed bonuses, expanding reels and progressive jackpots.

War Of Gods is a five reel slot with four rows and thirty paylines initially; fire, stone and destruction form the atmospheric backdrop to those reels while the various progressive jackpots tick inexorably upwards on the left hand side.

High value symbols include the helmet, the shield/sword, the horn and the scroll; jewel-encrusted playing card symbols represent the lower values; there are no wild symbols but Zeus and Hades on reels one and five are the bonus icons.

This is triggered by landing Zeus on reels one and five and you’ll now receive unlimited free spins as long as Zeus symbols land on the reels; these will all lock in place until the feature ends and the payout is evaluated. ‘Upgrade’ symbols can land up to three times to increase Zeus’ value.

Landing two Hades symbols on reels one and five will activate this feature and it awards free spins until no new Hades symbols land on the reels and lock in place; ‘expand’ symbols will also land during this round and increase the number of rows (up to six) and reels (up to seven) for a potential sixty paylines.

Trigger this by landing Zeus and Hades on the same spin and you’ll get to play a combination of Wrath of Zeus and Hades Hellfire in which symbols can be upgraded and the rows/reels can increase in size.

It’s always refreshing to see a bit of innovation in the bonus features and we certainly have that here with the three features on offer; chuck in three progressive jackpots, overlook the slightly low RTP and this is entertaining stuff.