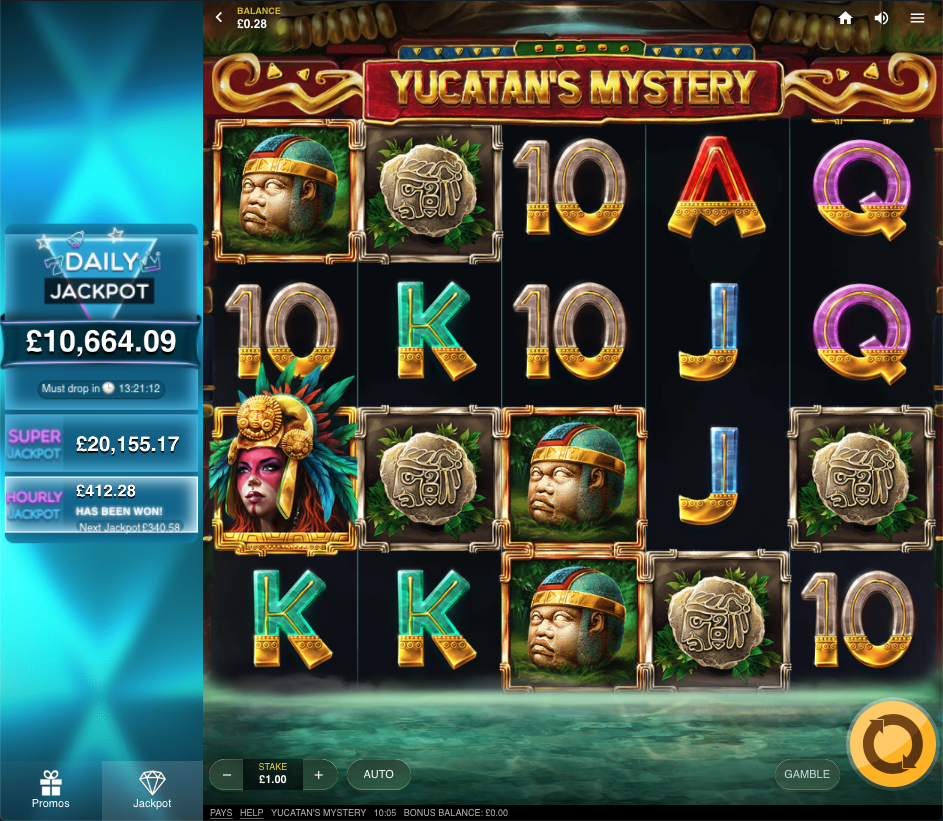 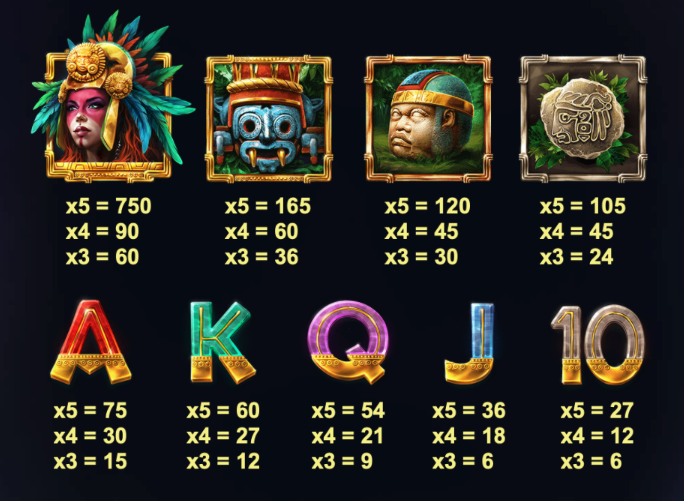 There was a time when Mexico’s Yucatan Peninsula was more than just a holiday destination for Americans and Yucatan’s Mystery is an online slot from Red Tiger Gaming which takes us back to that era; it offers players themed free spins, Mystery Coins and a three progressive jackpot prizes.

Yucatan’s Mystery is a five reel slot with four rows and thirty fixed paylines; clear, shallow water and gold-tinged structures are just about visible in the background as a reminder of this ancient civilisation.

High value symbols include the woman with the headdress, the stylised blue mask, the stone head and the carved face; 10, J, Q, K and A – dipped in gold – represent the lower values. There’s no wild symbol in Yucatan’s Mystery but the there’s a scatter represented by the pyramid.

Mystery Coins can land at any time in the base game and free spins and when they do they’ll all spin to reveal the same standard symbol.

Landing three of the pyramid scatter symbols anywhere in view will award an initial ten free spins but more can be triggered if the Extra Spin symbol appears once the round starts.

There’s an extra symbol on the reels here – a 2×2 Super Coin which is always in view and moves around randomly with each spin; if it lands next to a Mystery Coin it will activate and split into four matching symbols to help out with a win. As an extra bonus, each Extra Spin symbol which lands will increase the size of the Super Coin up to a maximum of 5×4 (which is obviously the whole reel set).

This is triggered from the base game by landing three of the jackpot symbols which will award either the Super Jackpot or the Daily Jackpot/Hourly Jackpot prizes which must be won within those time limits.

Yucatan was once more than just a place to go on holiday and Yucatan’s Mystery recreates that era of god-king worship and jungle pyramids quite nicely; we like the progressive jackpots and the free spins but our favourite feature is the roaming Super Coin in the main feature.