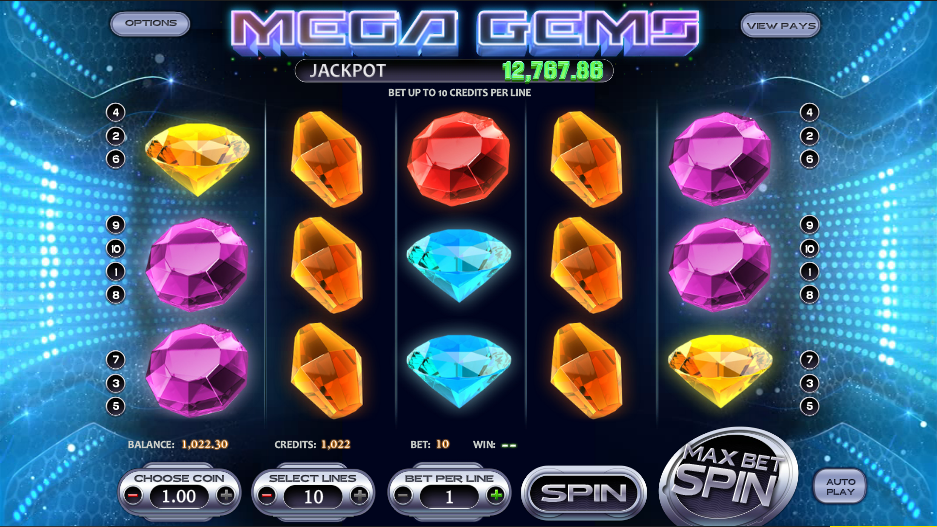 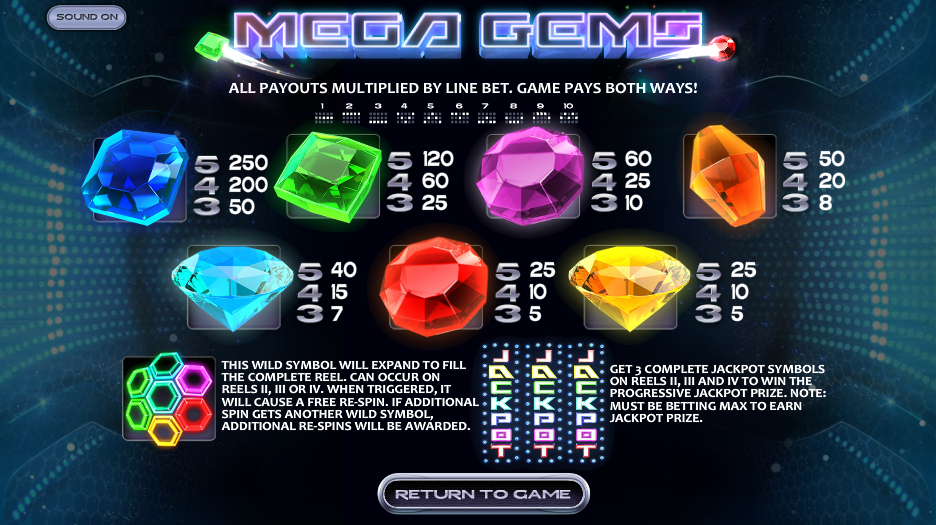 Online slots fans will be well aware that gems are a staple ingredient of many games; these colourful trinkets represent wealth and aspiration and are a little more subtle than just using piles of cash as symbols of luxury. Mega Gems is clearly another game which uses jewels to get the message across and very nice it looks too; it’s developed by Betsoft and it has a progressive jackpot to add to the fun.

Mega Gems is a five reel slot with three rows and up to ten paylines; there’s a sci-fi feel to this game with neon lights illuminating the background and a relaxed electronic soundtrack which keeps things ticking along.

There are seven high value symbols and they are all gems of different colours – blue, green, purple, orange, light blue, red and yellow. Note that in this game wins can be formed from right to left as well as left to right.

The wild symbol is a colourful hexagon symbol which only appears on reels two, three and four and bonus icon is the large ‘Jackpot’.

This is really the only extra feature and it occurs during normal gameplay. Each time you land the wild symbol anywhere on reels two, three or four it will expand to fill that entire reel (or reels). You will then receive one free respin while that expanded wild remains in place.

If you are lucky enough to land another wild on this respin you will then receive one further spin with both expanded wilds in place, meaning more chances for bigger wins.

The progressive jackpot total is shown above the reels and it will change depending on your bet size. To win it you must land three stacked Jackpot symbols on reels two, three and four, covering them completely.

This is another superb 3D slot from Betsoft which looks great, sounds great and makes you want to keep spinning the reels. The addition of a progressive jackpot is the icing on the cake.