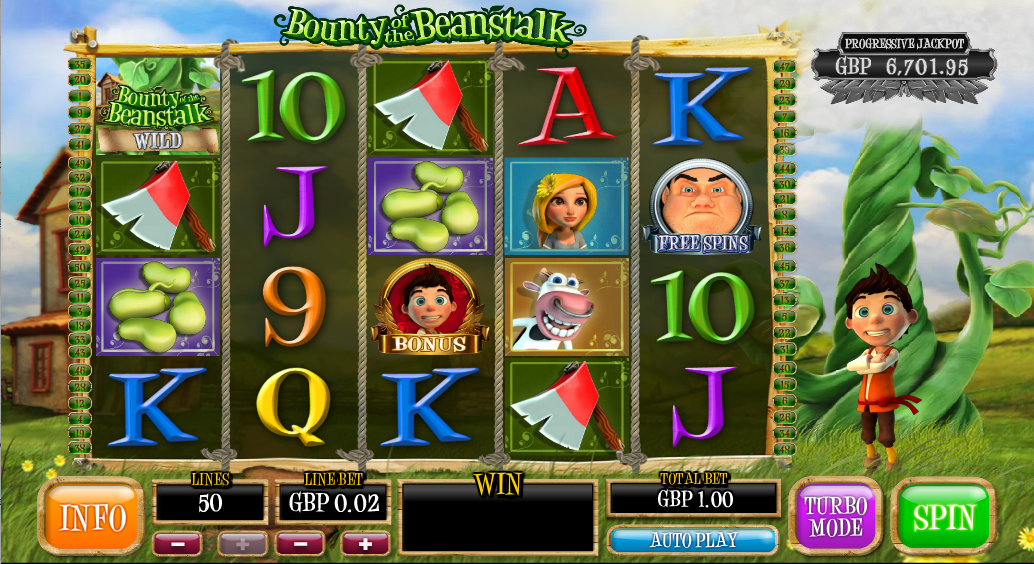 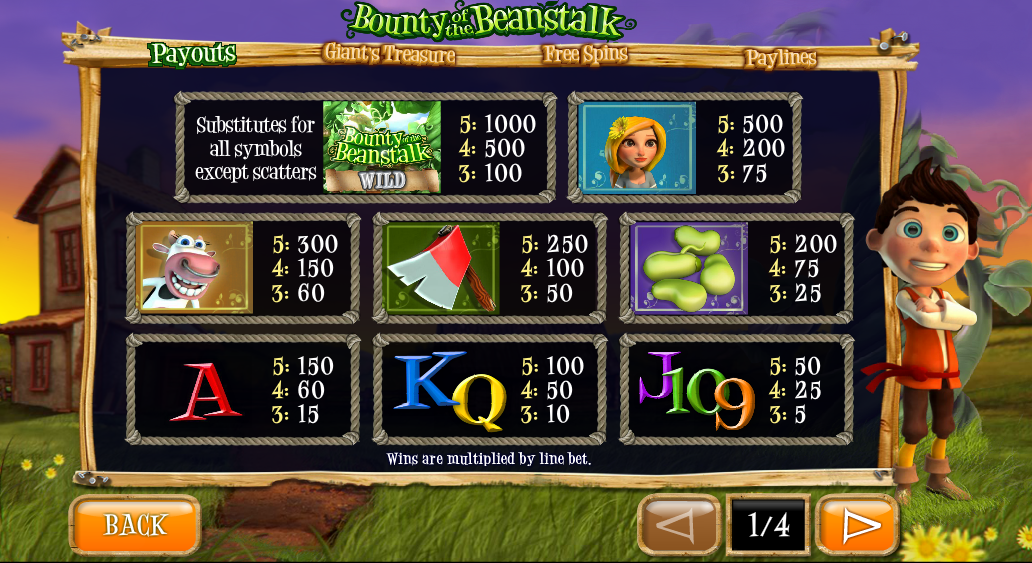 If you’re looking for an online slot based on the tale of Jack and the Beanstalk then it’s fair to say there’s not a great deal of choice. Net Entertainment released an entertaining example some time ago (read about it here) and now Playtech have joined the giant vegetable party with the release of Bounty Of The Beanstalk. Jeep reading to find out more about the features and the progressive jackpot.

Bounty Of The Beanstalk features five reels,four rows and up to fifty paylines with those reels separated by lengths of rope and framed in wood. The four main symbols include the magic beans, an axe, a cow and Jack’s wife; 9, 10, J, Q, K and A are the lower values.

The wild symbol is the Bounty of the Beanstalk logo and there are two scatters – the giant and Jack – who each activate their respective features.

Jack has already made it up the beanstalk and now his task is to grab three pieces of treasure. You need to land the Jack scatter symbol on reels one, three and five to trigger this game and you will begin the chance to select from eight in from of the sleeping giant.

The progressive jackpot can also be won here by finding the Golden Money Bag, the Golden Goose and the Golden Harp from your picks.

You can continue picking symbols until the giant wakes up at which point the round is over.

Jack now has to escape from the giant and this takes place during the free spins round. It’s triggered by landing three ‘giant’ symbols on reels one, three and five and you will receive ten spins.

If the giant appears during this round he will chase Jack across the reels, turning up to four random reel positions wild with his giant finger. These wilds freeze for the remaining spins.

There doesn’t seem to be any science when playing the Giants Treasure Bonus so don’t waste any time working out if one is likely to wake up the giant than another.

Bounty Of The Beanstalk is good fun and we always like a punt at a progressive jackpot. There doesn’t seem to be a minimum stake to be able to win that jackpot but the RTP is pretty low at 93.99%.