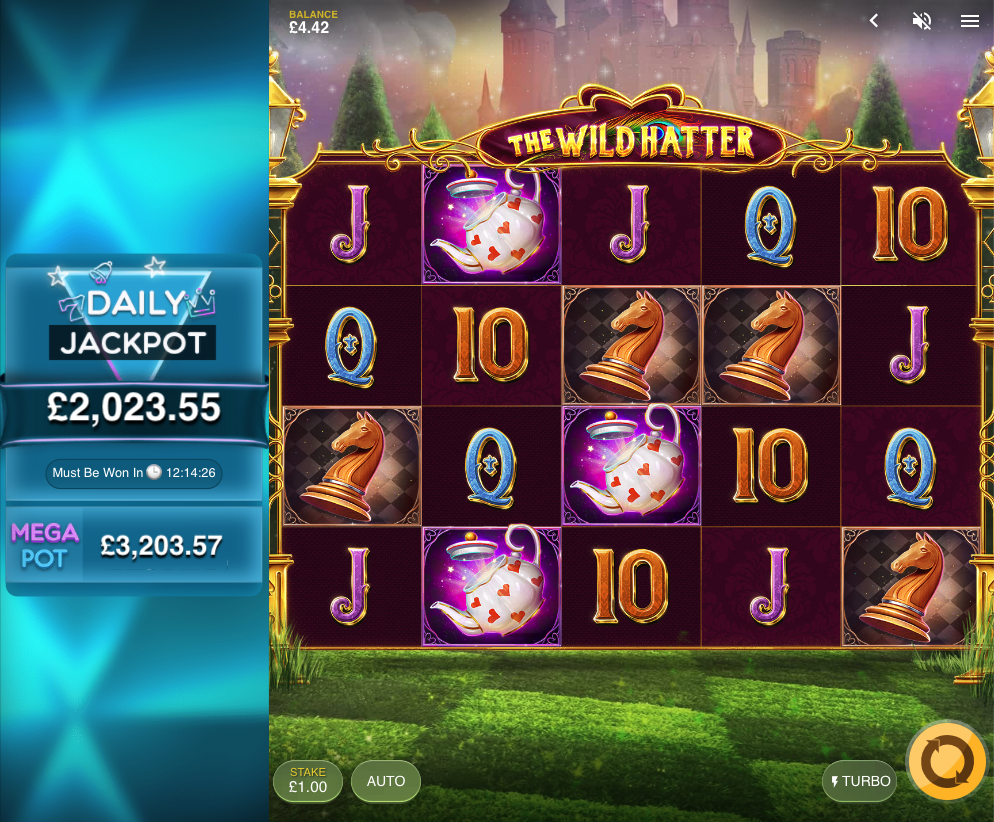 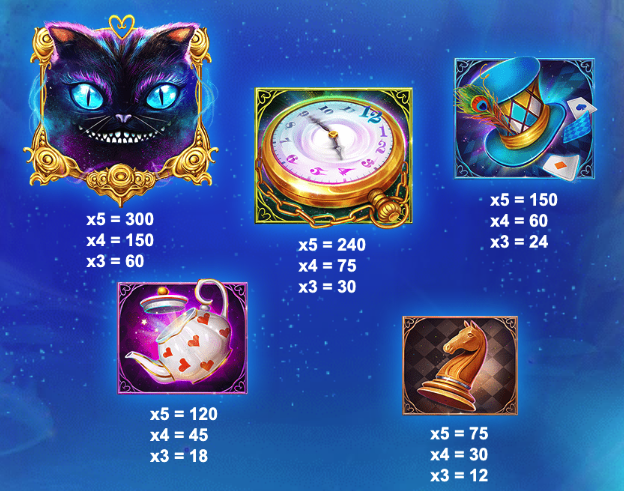 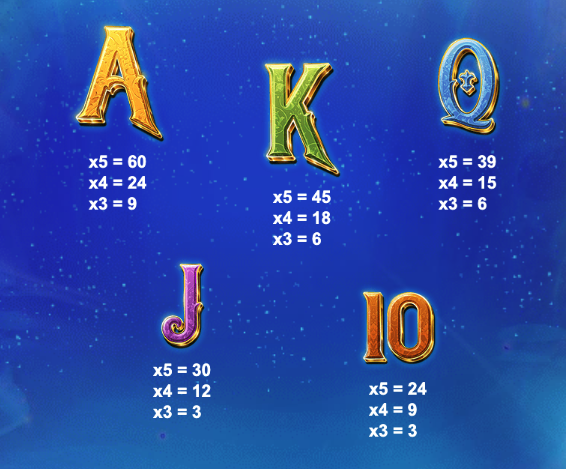 When Lewis Carroll wrote Alice’s Adventures In Wonderland he would have been unaware that a mere 150 years later online slot machines would emerge based on this classic fantasy novel; The Wild Hatter is one such game, it’s been designed by Red Tiger Gaming and it tempts players with a clever wild respin feature.

The Wild Hatter is a five reel slot with four rows and thirty fixed paylines; those reels spin within a delicate frame supported by golden lampposts with the trees and landscape of the royal castle in the background.

High value symbols include the grinning Cheshire Cat, the pocket watch, the top hat, the teapot and the chess piece; 10, J, Q, K and A are the lower values.

The Mad Hatter is of course wild and he’ll substitute for all other symbols to help form winning combinations – he’s also the key to the main feature described below.

You won’t see the wild symbol too often but when he eventually appears he’ll kick off this entertaining feature; firstly he’ll select one of the symbols in view and they’ll all lock in place along with him. You’ll now receive respins as long as more of those matching symbols appear and with each spin the final win multiplier will increase by 1x. 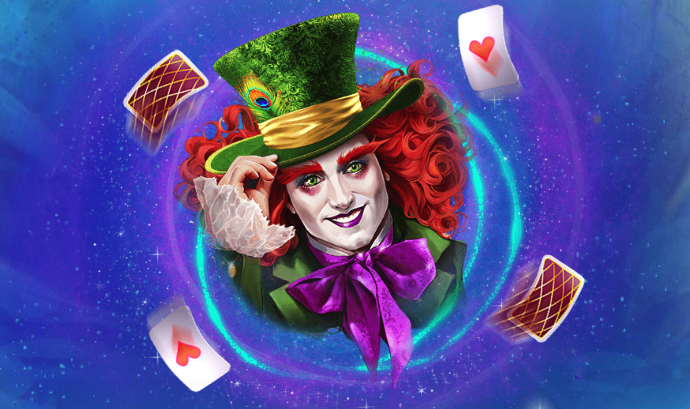 The progressive jackpot is the icing on the cake for this Alice-themed slot which brings us a clever and (for the lucky players) very lucrative bonus feature – highly recommended!