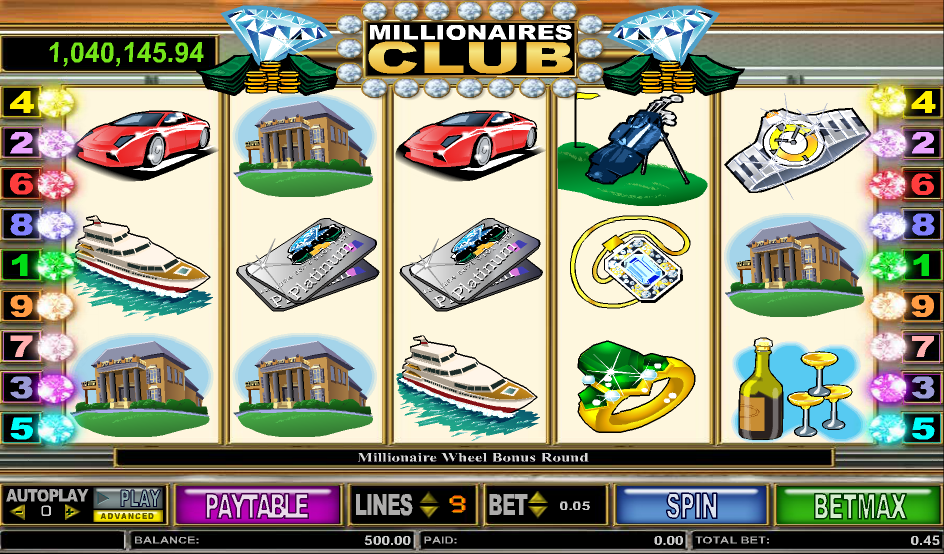 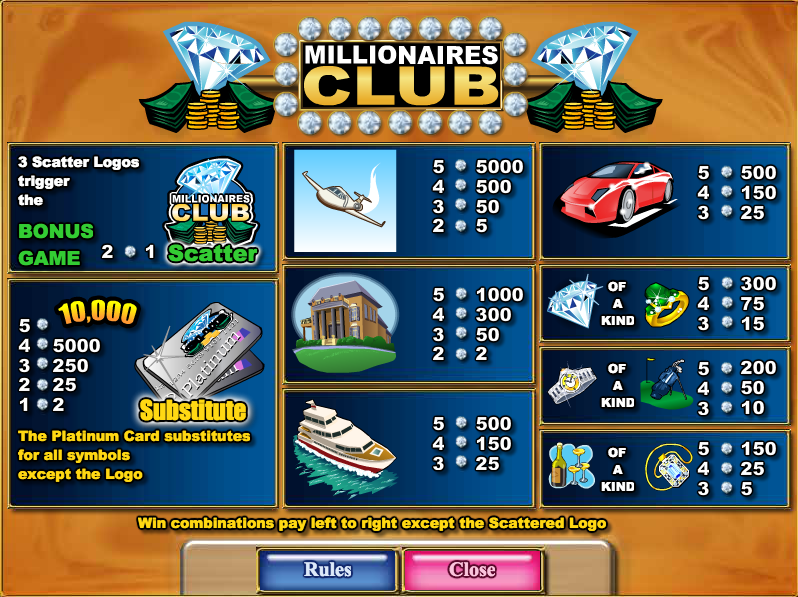 Some online slots are sequels, some are prequels and some manage to be both; Millionaires Club II is sandwiched in an orderly way between the original game and the third in the series and if you’ve played either of those games then you’ll know pretty much what to expect; these are aspirational games with the chance of winning the progressive jackpot.

Millionaires Club II is a three reel slot with three rows and up to nine paylines; diamonds and expensive wood surround the reels and there’s an electronic soundtrack which is interspersed with the sounds of a cash register and some piano jazz whenever you hit a winning combo.

As with the other games in this series the symbols are all luxury objects and include a private jet, a mansion, a large yacht, a posh car, a diamond, a bejewelled ring, a watch, a set of golf clubs, some champagne and an expensive-looking pendant.

A platinum credit card is the wild symbol and it will substitute for all others except the scatter – that’s represented by a the games’ logo (a pile of cash and diamonds) and it activates the main feature.

This game is triggered by landing three or more of the scatter symbols anywhere in view; this will kick off a Wheel Of Fortune with several layers. Spin the wheel to win a cash prize, entry to an inner wheel or another spin. Making it to the centre will win the standard jackpot.

You can see the running total above the reels and you don’t have to do anything to win this – it’s randomly awarded. Generally you will have a better chance of winning that cash with a bigger stake.