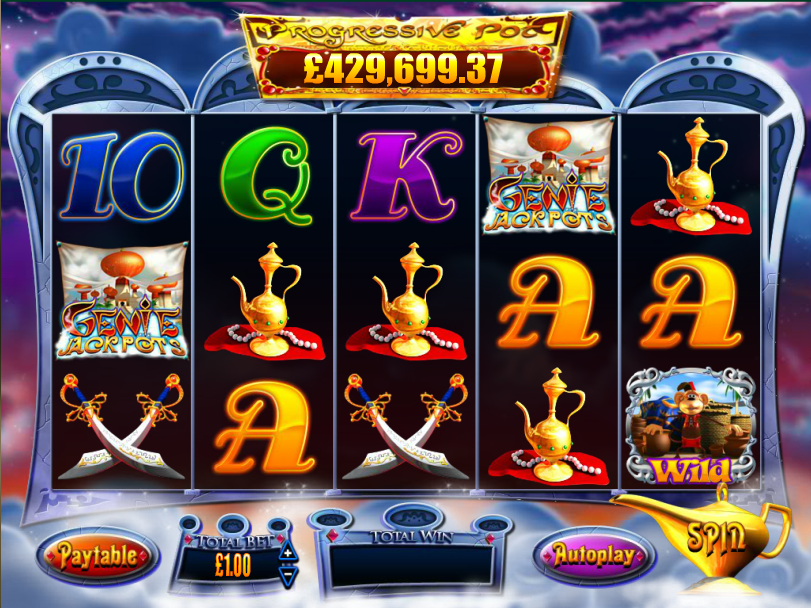 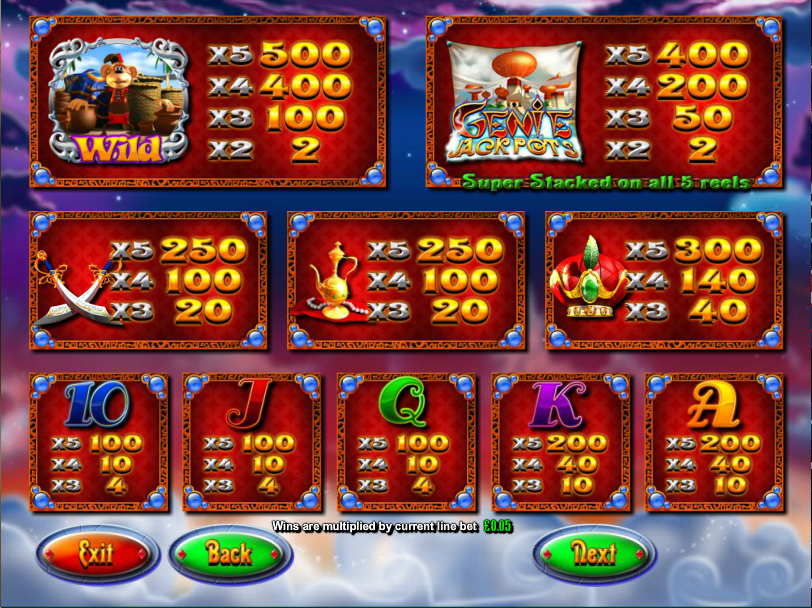 It’s time to take another trip to sample the delights of the Middle East as check out this Arabian-themed online slot from Ash Gaming/Playtech. It’s called Genie Jackpots, it’s full of bonus features and shiny lamps and, as the name suggest, it comes complete with a gigantic progressive jackpot. Read on for more details.

Genie Jackpots is a five reel slot with three rows and twenty fixed paylines; it’s all very colourful and the reels are set inside an ornate structure which is hovering up in the clouds – some might say similar to a magic carpet.

There are three theme-related high value symbols including crossed scimitars, the magic lamp, the Genie’s turban and the game’s logo (which can appear stacked on all five reels); 10, J, Q, K and A are the lower values.

The wild symbol is the performing monkey and there’s a bonus icon which activates the various features.

This is where most of the action happens and it’s all triggered randomly during any spin. Three magic lamps will appear above the reels so just rub one to reveal one of the following rewards:

This triggered by the random award from the Three Wishes Power Spin or via the following two methods:

Genie Jackpots is good fun with lots of bonus-tastic diversions and a progressive jackpot to boot; it looks good, it has some funky sound effects and it comes complete with an RTP of 96.53%.