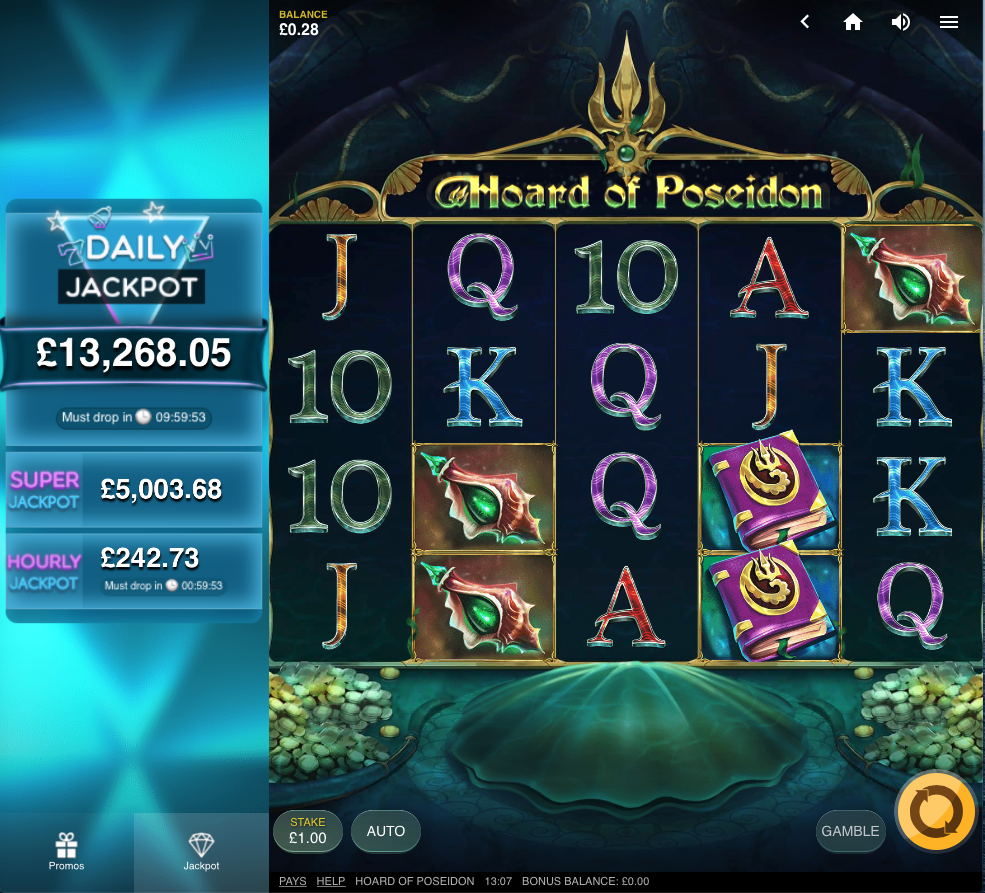 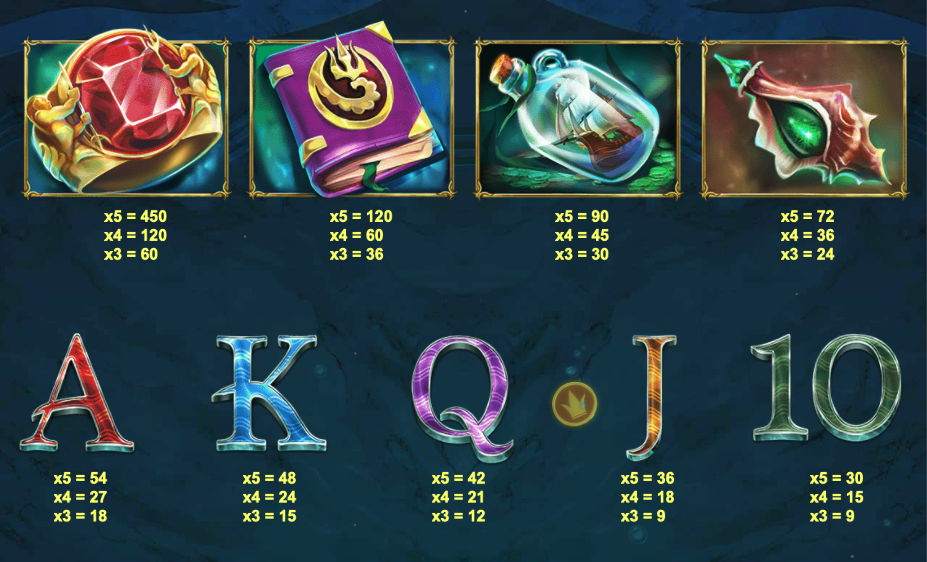 In Greek mythology Poseidon was the god of the sea and presumably that’s a job which allowed him to accumulate some wealth over time; Hoard of Poseidon is an online slot from Red Tiger Gaming which, from £0.20 per spin, gives players the opportunity to grab some of those riches through wild features, win multipliers and three progressive jackpots.

Hoard of Poseidon is a five reel slot with four rows and thirty fixed paylines; gold coins drift gently down through the water to land on the seabed below the reels while the progressive jackpots tick slowly upwards on the left hand side.

High value symbols include the ruby ring, the ornate book, the ship-in-a-bottle and the shell/jade thing; 10, J, Q, K and A are the lower values. There are four different wild symbols – Poseidon, the Kraken and the chest – and they combine together to trigger the features.

A stack of multipliers worth up to 35x the win value can appear on a reel and it will apply to any success on the next spin.

This is triggered from the base game by landing three of the jackpot symbols which will award either the Daily Jackpot, Super Jackpot or Hourly Jackpot shown to the left of the reels.

Greek gods, wild features and a progressive jackpot – what more could we want from a slot machine? Well not much except for an RTP greater than the 93.77% shown here, it really is a bit low to ignore. Still there’s plenty of entertainment value here and the luckier players can aim for the jackpot prizes.