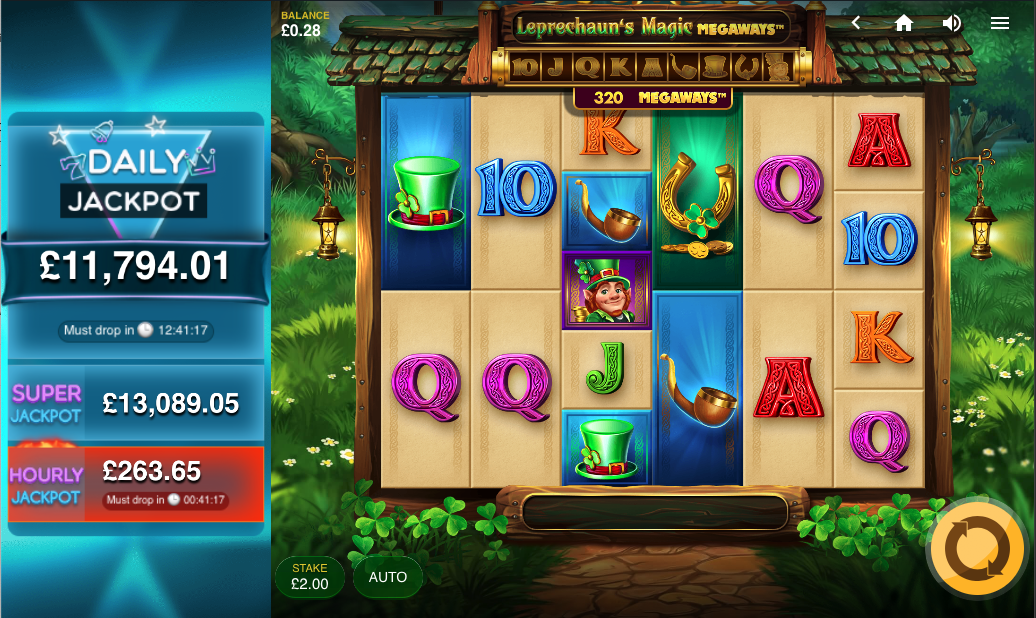 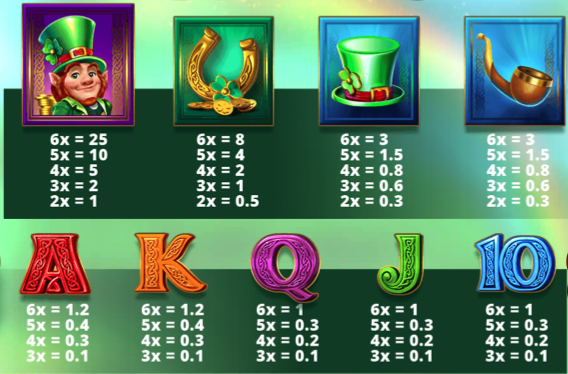 If you’ve previously enjoyed an online slot called Leprechaun’s Magic from Red Tiger Gaming then you’ll be pleased to hear that there’s now a version with added Megaways, Big Time Gaming’s payline structure which offers up to 15,625 paylines. To add to the fun there’s also a golden symbol feature and lots of free spins.

Leprechaun’s Magic Megaways is a six reel slot with up to five rows and a potential 15,625 ways to win with the maximum number of rows in play; the magical Irish theme is supported by a backdrop featuring twisted trees, streams and four leaf clovers.

High value symbols include the leprechaun, the horseshoe, the top hat and the pipe; 10, J, Q, K and A represent the lower values. There’s no wild symbol in this game but the pot of gold is the scatter.

All the standard symbols are displayed above the reels and whenever a winning combos is formed that symbol will be lit up in gold; on the next spin your task is to try and land two or three of those symbols which now have a gold background anywhere in view. High value symbols need at least two symbols and lower values need at least three.

If you manage that then these symbols will expand to fill their whole reels and pay out without needing to start from the left hand side.

Landing at least three pots of gold anywhere in view will trigger this feature and you’ll receive four spins for each pot in view. You’ll also get to spin the Magic Wheel which will award up to twelve extra spins.

The Expanding Symbol feature is also active here but it’s better because any symbols which turn gold will remain that way until the spins end.

This is triggered from the base game by landing three of the jackpot symbols which will award the Super Jackpot shown to the left of the reels. There are also Daily and Hourly Jackpots which must pay out before the time shown.

Aside from a slightly low RTP of 94.05% Leprechaun’s Magic is all good stuff – what’s not to like about Megaways, free spins and a progressive jackpot? Chuck in those expanding reels and a charming Irish theme and it’s certainly worth a few spins.