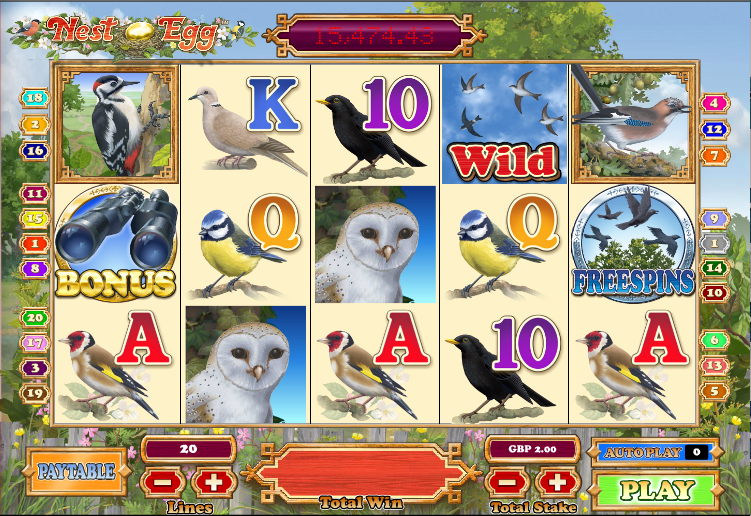 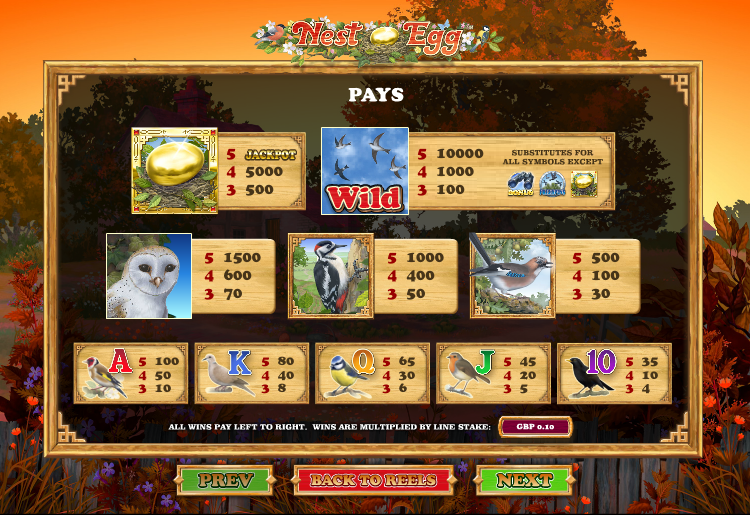 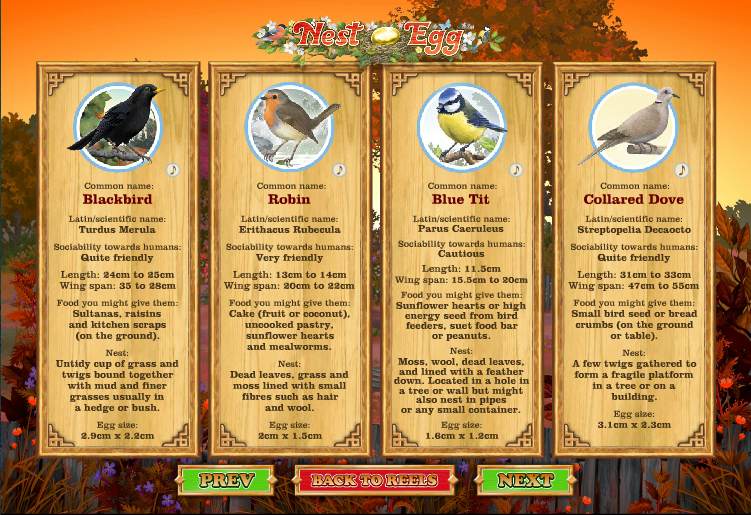 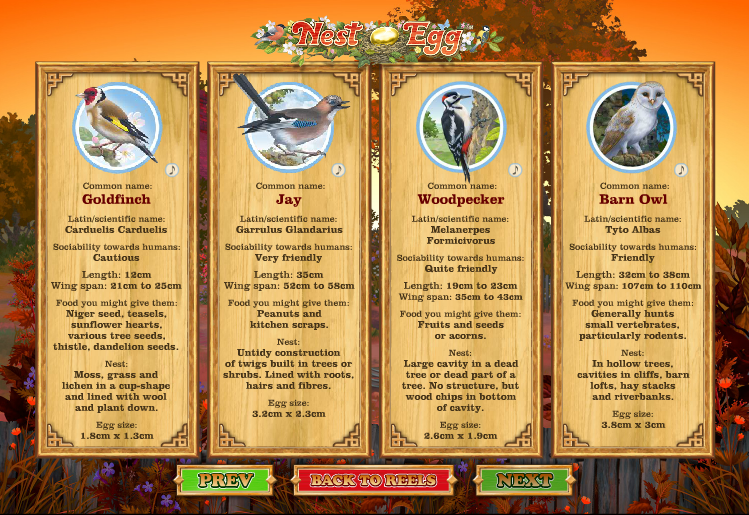 It’s not often an online slot is released which manages to combine some good looks, entertainment and education all in one package but this new game from Ash Gaming seems to have pulled it off. It’s called Nest Egg and it’s clearly designed for those who describe themselves as ‘birders’, ‘twitchers’ or just general bird watchers. The fun is in the game play and the learning is in the information screen where you can find descriptions and habits of eight different feathered friends. It also features a progressive jackpot.

Nest Egg is a five reel and twenty payline game and obviously it’s all about birds. A rural setting is the backdrop to the reels and all the symbols are related to the theme. They include a Blackbird, a Robin, a Blue Tit, a Collared Dove, a Goldfinch, a Jay, a Woodpecker and a Barn Owl.

Special symbols are a flock of birds scatter, a pair of binoculars bonus and a golden egg which is the key to the progressive jackpot. The wild is several flying birds.

If you can land the scattering birds symbols on reels two, four and five you will trigger this free spins round. Eight spins will be yours and during this feature an extra symbol will be added to the reels – it’s a view of a blue sky and it’s stacked. When it lands on a spin, all those blue sky symbols will change into one particular bird, hopefully giving you a decent win.

You can’t re-trigger more spins from within this feature.

Trigger this by landing a pair of binoculars on reels one, three and five. You will be taken to a pleasant garden setting where musical notes rise from the undergrowth. Click on a note and you will spot a bird who will start singing – the longer he sings, the more money you collect.

Keep spotting birds and when you’ve found three of the same type, the round is over.

You can se the progressive jackpot total in the box above the reels and there are two ways to win it:

Give yourself the best chance of winning that progressive jackpot by playing with the maximum number of paylines.

This is a superb-looking game with some great bonus games, top class animations and some nice sound effects. The only slight drawback is the low RTP of 91.00% which is several percentage points lower than we would expect.