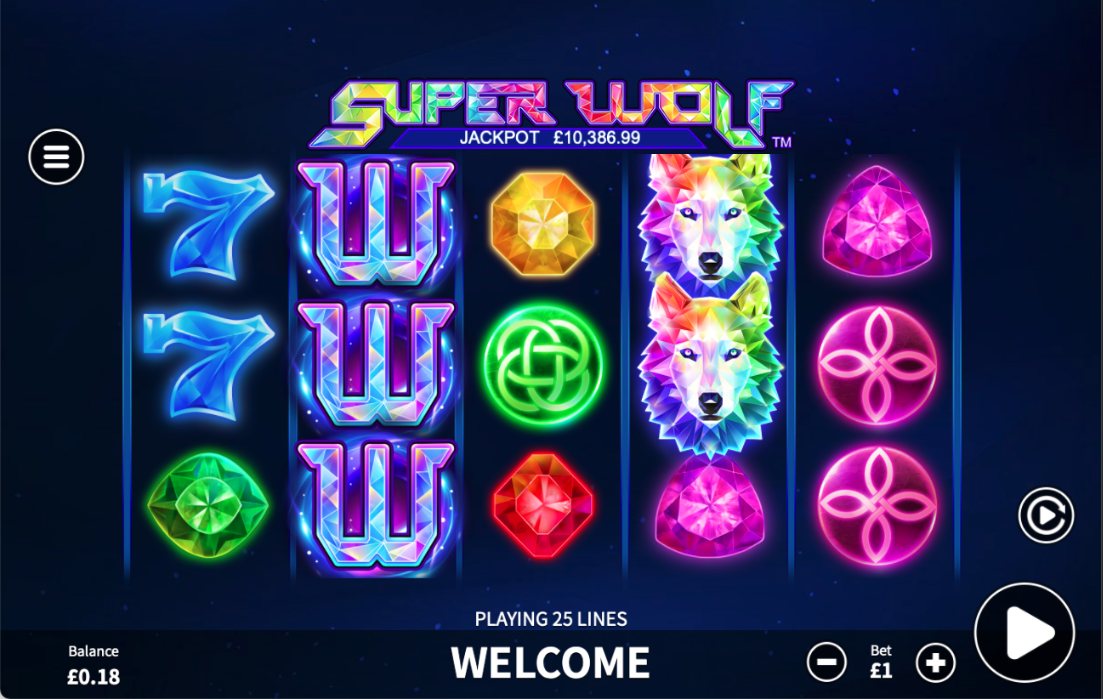 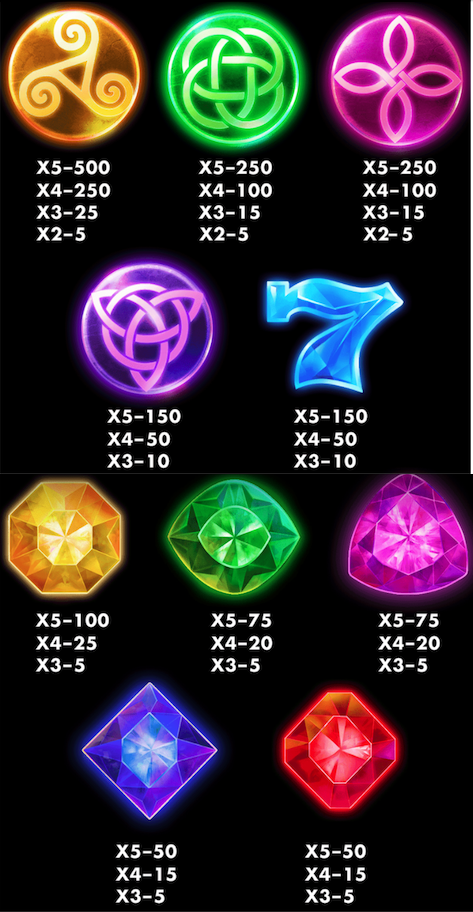 There’s a full moon in the sky and wild animals prowling around on the plain in this online slot from Skywind – it’s called Super Wolf and from £0.25 per spin it offers players the chance to win Howlin’ Respins with stacked wilds plus a progressive jackpot.

Super Wolf is a five reel slot with three rows and twenty five fixed paylines; the bright colours and gems on the reels contrast with the dark and starry sky in the background.

Four Celtic-inspired symbols and a blue seven represent the higher value symbols while five gems in orange, green, pink, blue and red make up the lower values. The big ‘W’ is the regular wild and the colourful wolf is the special wild – both only appear on reels two, three and four.

This is triggered by landing a whole stack of wolf wild symbols in view on reels two, three or four; you’ll now receive respins with the wolf moving one reel to the left on each spin until he drops off to the left of reel one. With each move to the left the win multiplier is increased up to a maximum of 5x. It’s not possible to land any more wolf wilds during this feature so it can’t be retriggered at all.

This is pretty simple to explain but understandably tricky to obtain because you’ll need to land five of the special glowing gems on a payline to crack the jackpot.

Super Wolf looks similar in design to Super Lion but apart from the progressive jackpot it’s actually quite different; it’s all based around the Howlin’ Respins which don’t seem o tricky to trigger but maybe that’s just a bit of good luck.

The Return To Player percentage for Super Wolf is 95.34%.

How To Win On Super Wolf?

Land combinations of at least three matching symbols or wilds starting from the left hand side; trigger the Howlin’ Respins or the progressive jackpot.

Where can I play Super Wolf?