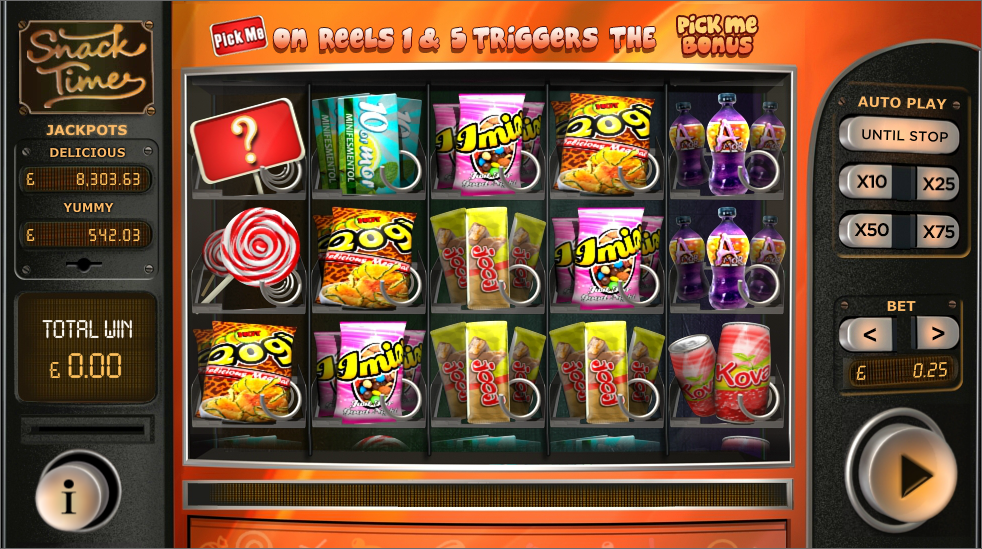 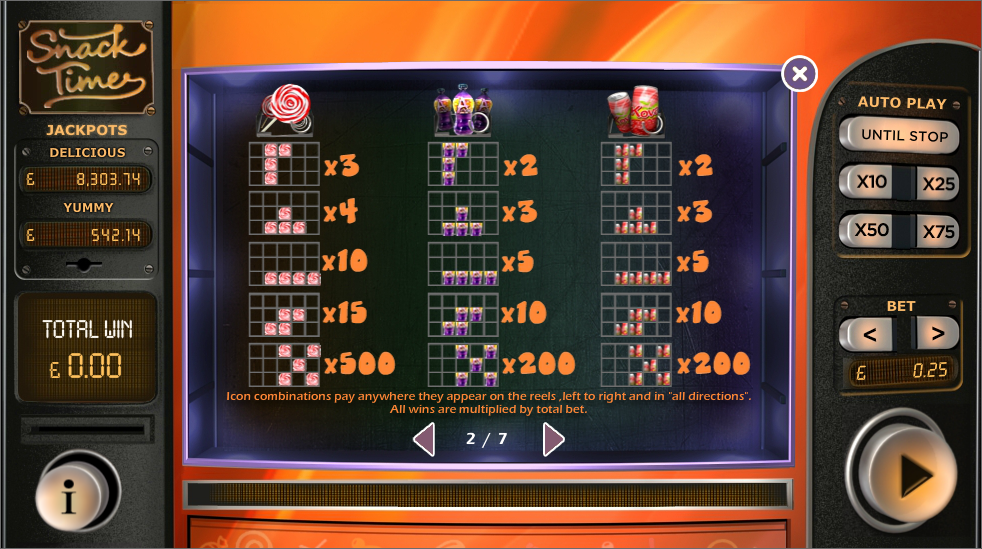 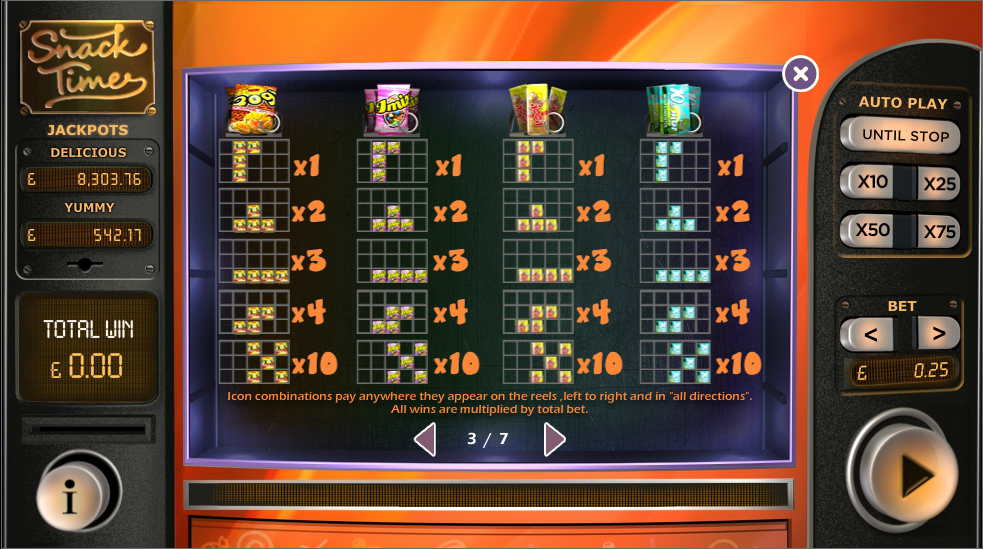 We like to see something a little different from an online slots developer every now and then and Random Logic have come up with the goods here. This brand new game is called Snack Time and it’s based on a very realistic-looking vending machine. The innovation here though is the payline structure, or lack of it, and we shall expand on this below. It’s also a progressive jackpot to add to the fun.

Snack Time plays out over five reels and five possible winning combinations. Wins are not paid left to right but only  in certain Tetris-like patterns which you can see from the diagram below. These combos can be formed anywhere on the reels and in any direction meaning that the ‘L’ formation for example could appear as shown or anywhere else.

The vending machine layout suits the game well with the symbols as the contents and the various buttons on either side of the reels controlling the operation.

The symbols themselves are a range of somewhat odd snacks including drinks called ‘Kova’ and ‘A’ and packs of goodies called things like ‘Qogi’ and ‘jooj’. Maybe they exist somewhere but it’s nowhere we’ve ever been.

The only bonus symbol is a little red question mark sign which we shall elaborate on below.

When you’re spinning the reels you will notice the occasional appearance of the red question mark on reels one and five. Land them there at the same time and you will asked to pick one – it will reveal a prize which will be a multiplier of your total bet.

The nature of the winning patterns means that you can land more than one at a time; there are free spins available for doing this as follows:

You can see the running totals of the Yummy and Delicious jackpots to the left of the reels and these are awarded completely randomly.

Although the progressive jackpot is awarded randomly it’s still possible to influence the outcome slightly by using bigger bets. Only wager what you are prepared to lose but you can do it in the knowledge that you’ll have a better chance of hitting the big bucks.